Celtic Quick News on News Now
You are at:Home»Football Matters»CELTS WHO KICKED OFF FIVE-IN-A-ROW: WHERE ARE THEY NOW?
By CQN Magazine on 30th April 2016 Football Matters
ONLY four Celtic players remain from the 14 used in the team that kicked off the five-in-a-row title bid – and none is a first team regular.
Kris Commons, Emilio Izaguirre, Anthony Stokes and James Forrest are the sole survivors from the Hoops team that beat Hibs 2-0 at Easter Road on Sunday, July 24, 2011 to begin the attempt to regain the flag from Rangers. 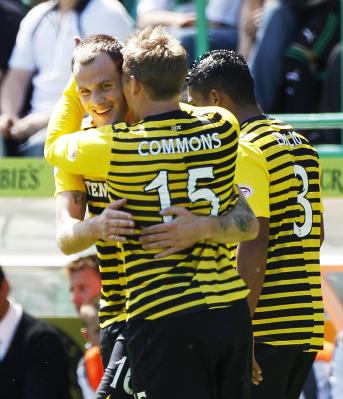 That triumph set in motion four successive crowns and the Parkhead side could make it five today if they beat Hearts at Tynecastle and Aberdeen drop points to Motherwell.
Even manager Neil Lennon and his backroom staff have been removed and the champions-elect are currently looking for a replacement for his successor, Ronny Deila, who will leave at the end of the campaign.
Here are the players who were victorious in Edinburgh to get the ball rolling.
LUKASZ ZALUSKA: The keeper, now 33, was signed from Dundee United on a Bosman deal as back-up to his fellow-Pole Artur Boruc in 2009. He failed to establish himself in the first team and was also stand-by for Fraser Forster and then Craig Gordon. He was released at the end of last season and joined Bundesliga side SV Darmstadt 98.
MARK WILSON: Signed from Dundee United for £500,000 in 2006, the right-back captained Celtic against Hibs in the absence of the suspended Scott Brown. He won a league medal in his final season at the club. After a spell at Bristol City, he returned to Tannadice. The 31-year-old former international played 10 games for Dumbarton before being released last summer.
KELVIN WILSON: Neil Lennon brought his former Nottingham Forest team-mate to Parkhead on a Bosman in the summer of 2011 and the centre-half, now 30, made his first appearance at Easter Road. He spent two years in the east end of Glasgow before returning to the City Ground in a £2.5million deal. 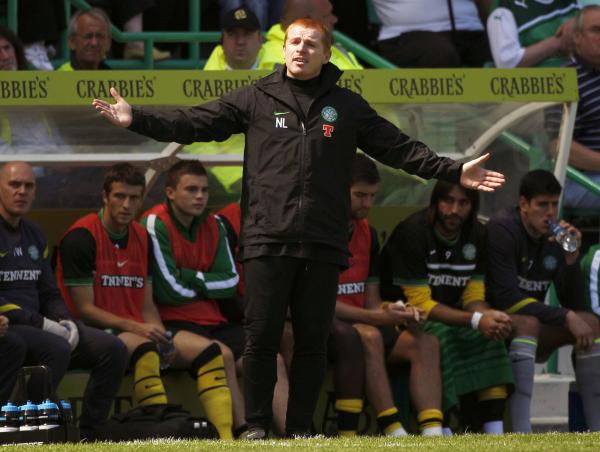 GLENN LOOVENS: The Dutch central defender, signed from Cardiff City for £2.1million in August 2008, was also on the way out at the end of the championship-winning campaign.He spent a season with Spanish outfit Real Zaragoza and the 32-year-old is now captain of Sheffield Wednesday in the English Championship.
EMILIO IZAGUIRRE: The 29-year-old Honduran international defender, signed from Motagua for around £1million in 2010, lost his left-back place to Kieran Tierney this season. He still has a year remaining on his contract, but could be on the move with Spanish sides eyeing a summer swoop for the former Scotland Player of the Year.
BERAM KAYAL: The Israeli midfielder cost around £1.5million when he joined from Maccabi Hafia in 2010. An ankle injury kept him out for four months and he faded from the first team picture when Deila replaced Lennon. The 27-year-old is now a vital part of the B 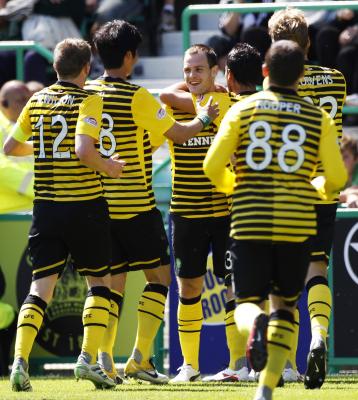 righton side pushing for Premier League promotion.
JOE LEDLEY: The Welsh international arrived on a Bosman from Cardiff City in 2010 and became a key man for the Hoops. The 29-year-old playmaker was sold for £800,000 to Crystal Palace in January 2014 when he only had five months left on his contract. The popular midfielder is likely to figure prominently for Wales during the summer’s Euro Finals in France.
KI SUNG-YEUNG: The South Korean midfielder, signed from FC Seoul for ££2.1million in 2009, scored seven times for the title-winners and claimed the second goal against Hibs in the 63rd minute. The 27-year-old moved to Premier League side Swansea City in 2012 for £6million and had a loan spell at Sunderland before returning to the Welsh outfit.
KRIS COMMONS: The 32-year-old fans’ favourite, who missed a penalty-kick against Hibs, has been out of favour recently and made only a cameo appearance in last week’s 1-1 draw with Ross County. He arrived for a bargain £300,000 from Derby County in 2011 and still has a year to run on his current contract.
ANTHONY STOKES: The Republic of Ireland international, who arrived in a £1.2million deal from Hibs in August 2010, grabbed the 14th-minute opener against his old club, where, ironically, he is now on loan. The 27-year-old frontman is hoping his Hoops career gets the kiss of life when the new manager comes in. 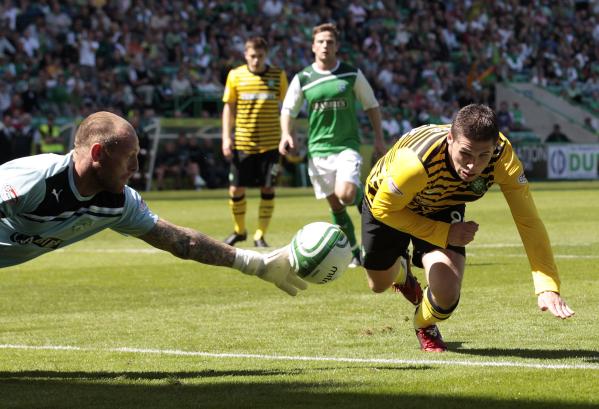 GARY HOOPER: The striker was an inspired £2.4million signing by Lennon from Scunthorpe in July 2010. The Englishman scored 63 goals in 95 league games before Norwich City paid £5million to take him to Carrow Road in July 2013..The goals dried up in East Anglia and the 28-year-old is now a team-mate of Loovens at Hillsborough following his £2.4million move during the January transfer window.
JAMES FORREST: The winger replaced Commons on the hour mark. The international, now 24, made his breakthrough in 2010, but has failed to establish himself this season during Deila’s final reign. Has knocked back the offer of a contract extension and may move in the summer, although the player is hopeful that Celtic will meet his expectations with a new offer to allow him to stay.
GEORGIOS SAMARAS: Came on as a 79th-minute substitute for Stokes. Gordon Strachan signed him for £2.5million from Manchester City in 2008 aft 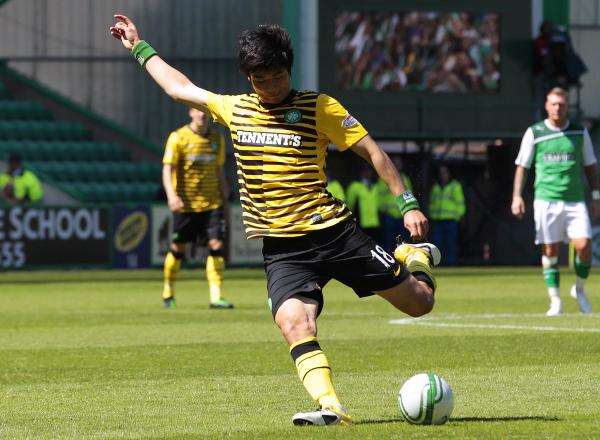 er the Greek international impressed during his initial loan period. The 31-year-old attacker left in 2014 at the end of his contract and signed for West Brom. He is now with little-known American outfit Rayo OKC.

SHAUN MALONEY: Had only four minutes on the pitch after replacing Hooper. The 33-year-old was in his second spell at Parkhead after starting out in 2000 under Martin O’Neill and then rejoining the Irishman at Aston Villa for £1million in 2007. He returned to the Hoops a year later for £3million. He left in August 31, 2011 in an £850,000 deal for Wigan and is now with Hull City after a spell in the States with Chicago Fire.

Unused substitutes: Dominic Cervi, Charlie Mulgrew, Adam Matthews and Victor Wanyama.
————————————————
CHARLIE GALLAGHER? WHAT A PLAYER! is the new book from CQN available now from CQNBookstore.com – order today for a SIGNED copy. This is the latest book on the Lisbon Lions squad published by Celtic Quick News and it is a great read. Charlie remains ever popular with the Celtic support and he is also a regular at Celtic matches, supporting the team home and away.
Charlie will be participating in a Question and Answer on CQN on Monday evening from around 7.30pm – hopefully by then we will be 5IAR CHAMPIONS. Order your SIGNED copy of CHARLIE GALLAGHER? WHAT A PLAYER! direct from CQN Bookstore HERE or click on the image below.