CELTIC’S players will want to see John Kennedy being named permanent Celtic boss at the end of the season.

That is the verdict of former Hoops midfielder Scott Allan who was impressed by the 37-year-old coach’s qualities during his four-season stint at the club after joining from Hibs in 2015.

Kennedy took over in an interim capacity following the departure of Neil Lennon and was in charge for the 1-0 home win over Aberdeen and the goalless draw against Dundee United at Tannadice that officially saw the end of the club’s nine-year domestic domination.

The usual guessing game for a new Celtic gaffer is in full whirl, but Allan, who is now in his third spell at Easter Road, believes the former central defender has all the credentials to be a success in the top job.

Plus the ex-Scotland Under-21 international insisted the players will back him to get the role on a full-time basis. 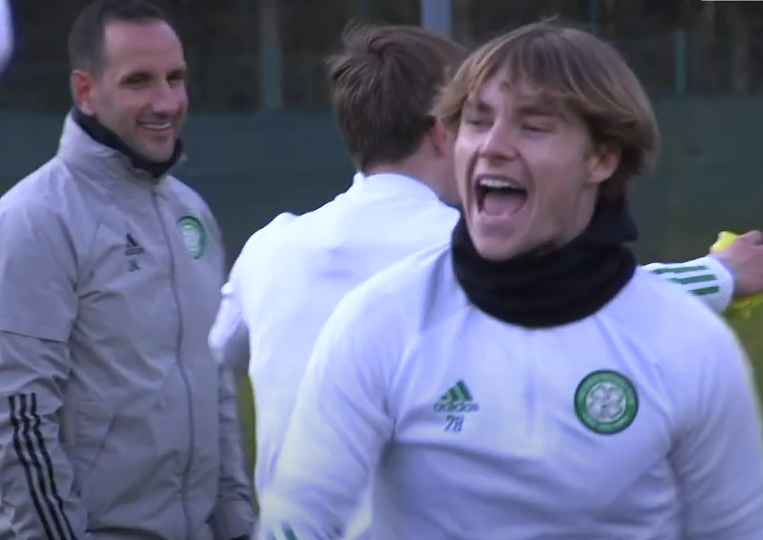 Allan, speaking to Superscoreboard, said: “I had a really good relationship with John Kennedy.

“He had quite a lot of say in what Brendan Rodgers did and, as the years went on, he started to take more and more training.

“I think it’s a hard one because he’s been put in with some of the problems that have been there this season and toward the end of last season, as well.

“He knows the club, he wants to play the right way. He will have learned from Neil Lennon and seen some of the mistakes he has made and some of the good things that Brendan Rodgers has done.

“He’s obviously worked his way right through the age groups at Celtic after his career-ending injury.

“I think if you were to ask the players, there is probably a lot of them who would be for John Kennedy.”