CALLUM McGREGOR hopes to get the nod to become a Celtic Centurian against Dundee at Dens Park tomorrow.

The Hoops midfielder is poised to make his 100th appearance for the club he joined as a nine year old.

McGregor, who scored on his debut against Reykjavik in a Champions League qualifier in 2014, said: “It’s a very special milestone.

“It’s something I’m especially proud of being a Glasgow boy and coming through the academy.

“It will be good to clock up the 100 and it would be even more special if I could do it on the same day as winning the league.”

McGregor and his team-mates will keep an eye on events at Pittodrie where Aberdeen take on Hearts and a defeat against the Tynecastle outfit would open the door for the champions to claim their sixth successive title on Tayside. 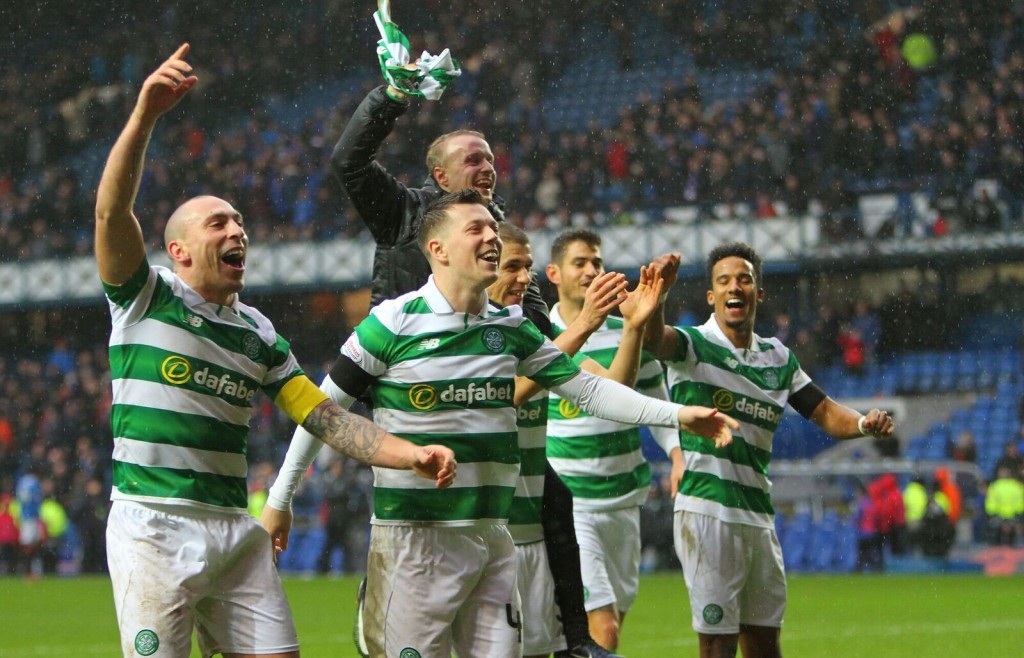 The 23-year-old playmaker said: “I think we’ll just check the result as it comes in.

“That’s been a big part of why we’ve been so successful because we’ve just focused on our own stuff and let other teams get on with what they’re doing.

“We’ll look at the result and we’ll assess the situation.

“We need to go and win the game first and foremost then we’ll see how we stand at the end of the weekend.

“I know it’s an old cliche, but in football that’s what you’ve got to do. You need to be prepared for every game. That’s why we’re in this position.

“It would be nice to cross the line, so we’re looking forward to it. It would be a great achievement.

“First and foremost, we want to go and win the league and if we go and do it in style, then great.”