We are publishing the memories of Celtic greats in honour of the man who scored the most heralded and feted goal in the club’s history, the European Cup winner against Inter Milan in Lisbon on May 25 1967.

JIM CRAIG saluted his well-respected team-mate and said: “Stevie was a very, very enthusiastic player, which is a great thing for a defender first of all because an enthusiastic player makes himself available to receive the ball.

“That’s what you’re always looking for from the back, an out ball, and Stevie was always there, waiting to take it.

“He put himself about a bit and worked really hard for the team. He never stopped and he harried the opponent. If you were a centre-back for the opposition playing against Stevie Chalmers then you would never get a minute’s peace. 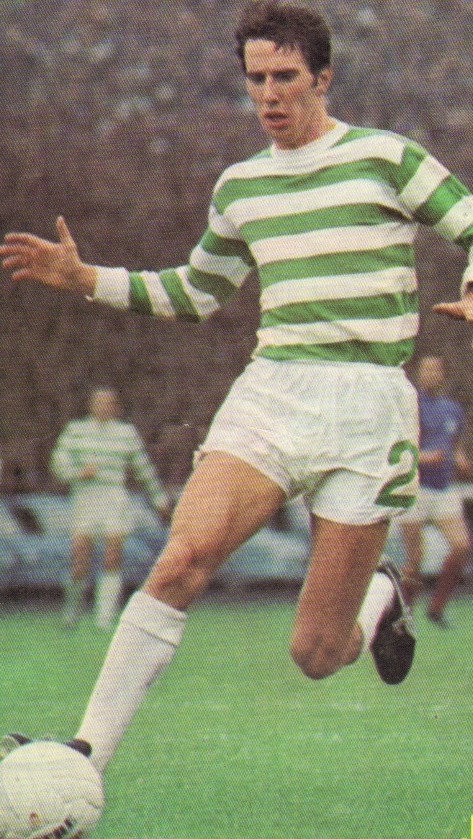 ON THE BALL…Jim Craig in control at Ibrox.

“He was excellent at scoring goals. His record at Celtic is very, very good. He was just a valuable team-mate.

“Of course, his goal changed football history, in some ways. Up until we won the European Cup, that trophy had been won by the Latin teams from Italy, Spain and Portugal.

“It stamped Stevie’s name in the Celtic consciousness. He could have lived off that from then on.

“As a Celtic goal, I don’t think it’ll ever be topped.”