We honour the Celtic great who scored the most heralded and feted goal in the club’s history, the European Cup winner against Inter Milan in Lisbon on May 25 1967.

JOHN HUGHES recalled the days he played centre-forward while his team-mate Stevie Chalmers was outside-right in an emerging Hoops side that swept all before them in the mid-sixties when Jock Stein arrived.

The 79-year-old hitman who calimed 189 goals for the club told CQN: “If I remember correctly, Stevie was playing on the day I made my first-ever appearance in the Hoops.

“I was 15 years old and still at school and had to take time off to turn out for an afternoon game with the third team the club operated back then.

“We didn’t know then that we would be colleagues when we were in the line-up that beat Dunfermline 3-2 in the Scottish Cup Final in April 1965 to win Celtic’s first trophy in eight years. 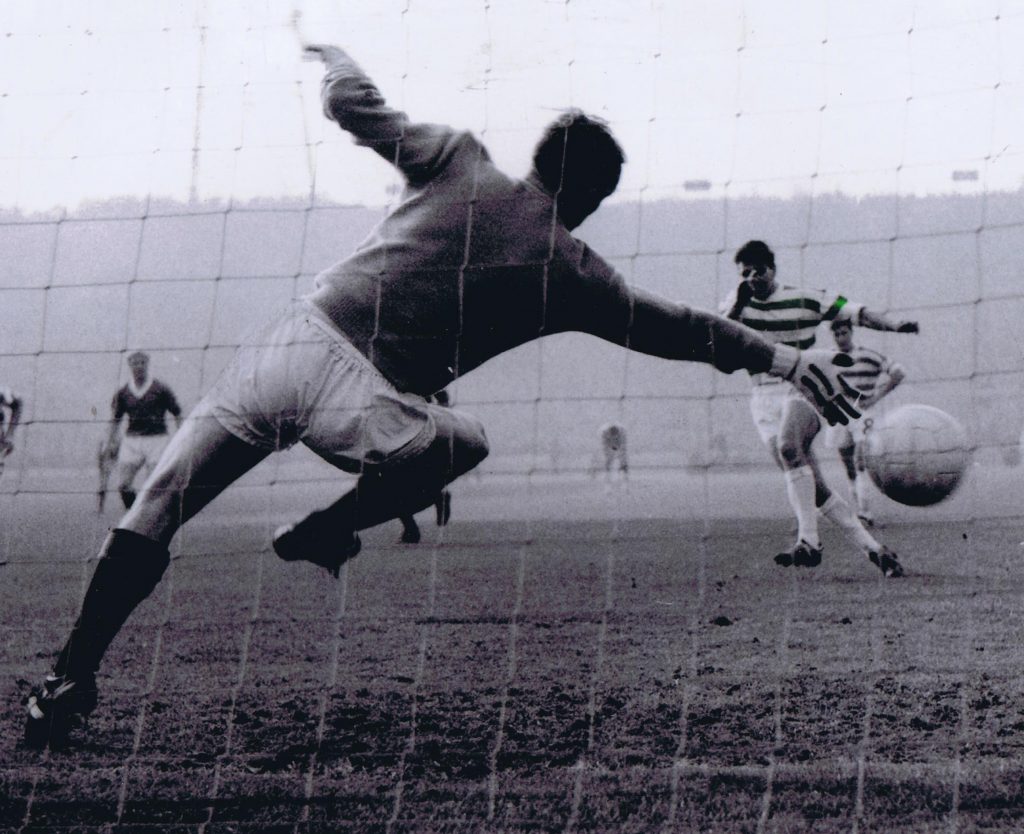 SPOT ON…John Hughes scores with a penalty-kick in the League Cup Final win over Rangers in 1965.

“Of course, it was Billy McNeill who got the winner that afternoon at Hampden and it was such terrible news that both of these lovely guys passed away within a week of each other.

“What could I say about Stevie Chalmers as a player and a human being? First class in both categories.

“As a team man, you couldn’t wish for anyone better and I really mean that. Look at old footage of Celtic in action and see if you ever saw Stevie standing still.

“He was always on the go and had the pace of a whippet.

“Off the field, he was just so unassuming. He never attempted to dominate conversations or remind anyone he had scored the European Cup Final winner.

“That was just typical of a lovely bloke who will be sadly missed by so many.

“I am honoured to have been a team-mate.”