Celtic Quick News on News Now
You are at:Home»Match Report»CHAMPAGNE FLAT IN TITLE PARTY
By CQN Magazine on 13th May 2018 Match Report

ALL good things must come to an end and Brendan Rodgers suffered his first defeat at home in two years as his team surrendered to the Dons at Parkhead this afternoon.

It was set up as a spectacular celebration to bring down the curtain on the club’s seventh successive Premiership title triumph.

But the champagne was flat in Paradise as the team failed to sparkle and crashed in the first game in the east end of Glasgow in 57 outings.

It is now the manager’s responsibility to fire up his players before Saturday’s Scottish Cup Final against Motherwell – or else there will be no historic double treble.

A repeat of this lacklustre performance will not have Hampden rocking with Celtic fans, that’s for sure.

This was a shambolic display from the champions, sloppy in their passing, loose in general play and little threat to Joe Lewis in the opponents’ goal.

And the only shot that mattered in the 47th minute highlighted alarming deficiences in the Hoops rearguard. Kenny McLean was allowed to drift into the danger area without too much pressure from the hosts and he slipped a pass in front of unguarded defender Andy Considine who hit a low shot beyond Scott Bain.

The keeper might have felt he should have done better than throw a lazy right foot at the ball. 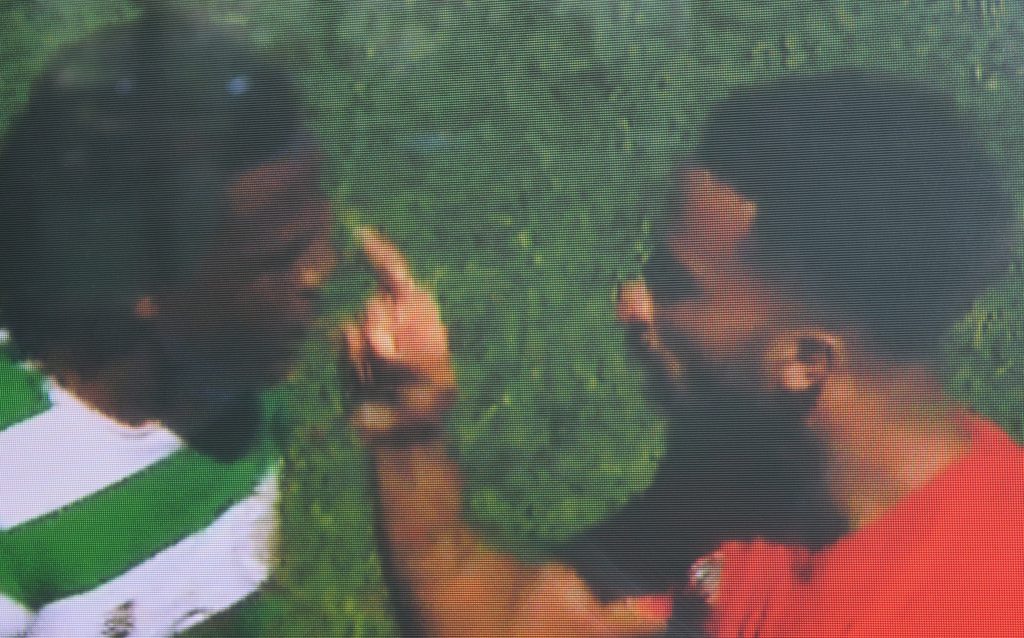 Bain was beaten, too, in the 10th minute when Greg Stewart clattered a free-kick off the face of the crossbar.

Celtic had their moments, but there was never a sustained threat on the Dons goal. Anthony O’Connor must have set some sort of world record for getting in blocks, but a little more thought in the finishing would have created a lot more menace.

In the 12th minute, Moussa Demble, who was hooked in the 52nd minute for Leigh Griiftiths, rolled O’Connor, but his shot was blocked by Lewis.

And it was the resolute Dons defender to the rescue again when he stopped a Dembele drive after a smart Mikael Lustig pass.

After the Pittodrie outfit silenced Parkhead shortly after the interval, Rodgers tried in vain to inject some pace into the side with the introduction of Griffiths and Scott Sinclair, on for Kieran Tierney, but this was a low-key afternoon for the home side.

Kristoffer Ajer attempted to inject some attacking iniative as he strode out of defence, but his final pass was often astray. Likewise Dedryck Boyata who gave the ball away far too often to be comfortable.

Little had been seen of James Forrest on the right and he carried little threat when he did receive the ball. Like most of his team-mates, he appeared to be stricken with the inability to pass the ball to someone wearing the same colour of shirt.

Olivier Ntcham brought Lewis into action with a long-range drive that had the keeper sprawling to push the ball away. It fell to Callum McGregor, but he was slow to react and than man O’Connor slid in to clear.

Celtic’s best chance came in the 88th minute when Stuart Armstrong, on for Ntcham, swept over an inviting cross from the left, but Griffiths took the wrong option by trying to head in from the near post.

Lewis knocked the ball onto the woodwork and the chance was lost, but the striker would have had a far better chance of scoring his 99th goal for the Hoops by placing his effort across the keeper. 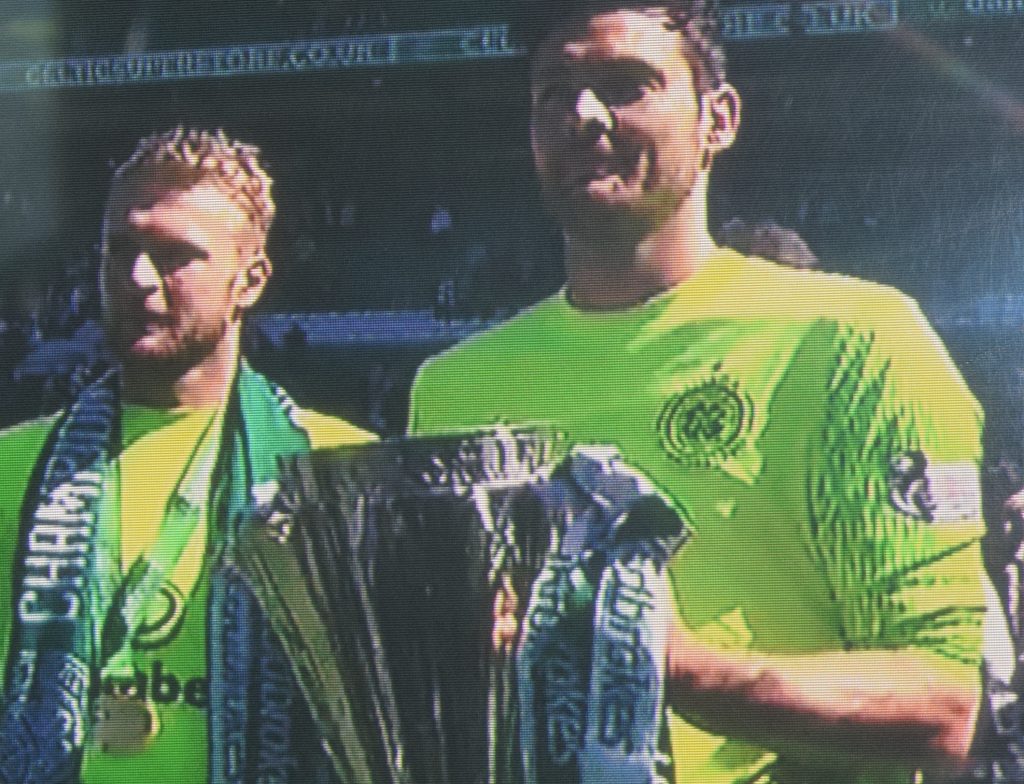 There were celebrations at the end and, let’s face it, it is a remarkable achievement to win seven successive titles.

But there were a lot of questions left unanswered after this display, the second consecutive game in which the Hoops have failed to score at home.

Hampden on Saturday would be a good place to dispel any anxiety.

FOOTNOTE: There was an unhappy postscipt for the Dons after the final whistle when the cowardly Shay Logan was red-carded after an incident with Boyata. He had to have police assistance as he left the pitch.

Man of the Match: Scott Brown