CHARLIE GALLAGHER was not in the team which lost to Vojvodina in Yugoslavia, but was given a game in the St Mirren game which followed immediately. This was a fine 5-0 win in the Paisley wind and rain, and then Jock Stein made his fateful and inspired decision to keep Gallagher in the team for the visit of Vojvodina to Parkhead on March 8, 1966.

It was at the expense of Bertie Auld who had limped off at Love Street, but who had apparently recovered. Nevertheless Stein had a hunch that Gallagher was the man for the occasion.

Once again, Stein got it right.

Celtic equalised through Steve Chalmers, and the tie seemed to heading for a play-off in neutral Rotterdam.

With very little time left, Jimmy Johnstone forced a corner on the stand side of the field as Celtic were attacking what is now known as the Lisbon Lions end of the ground.

Across trotted Charlie to take it.

The fans all recalled the 1965 Scottish Cup final when Gallagher took the corner which allowed McNeill to propel Celtic to glory.

Could the same happen again?

Charlie sent over a high one, the flying angel of destruction arrived yet again in the shape of Celtic’s captain, and the ball hit the back of the net to put Celtic into the semi-final of the European Cup!

As he was about to take the corner, he saw Jimmy Johnstone, tailed by two Yugoslavs come across to him.

The thought occurred to him to take a short corner, but he decided against it for two reasons.

One was that he was not sure how long there was left, and a short corner would inevitably have wasted time.

The instructions from Jock Stein had always been in these circumstances NOT to use Jimmy.

He was to be the decoy. 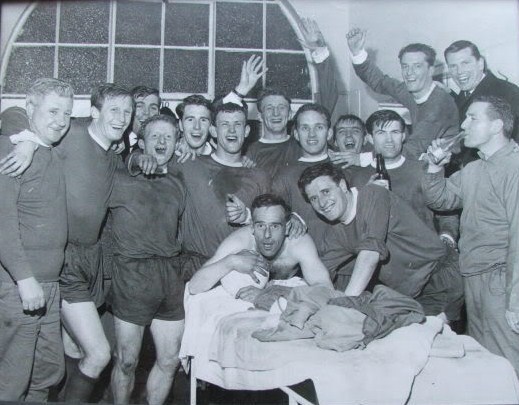 McNeill started his run, the ball was perfectly flighted, and Parkhead erupted.

Two seconds after the game restarted the referee blew for time up.

It had been that close, and Celtic Park went hysterical.

“Aye, Jock cut it fine tonight” was the verdict of the Press box, but it meant that Celtic were now in the semi-final to play the Czechoslovak Army side Dukla Prague.

Sadly for Gallagher, however, his corner kick would be the last ball he would kick for Celtic in the European Cup, for he would lose out to Bertie Auld for the other games of the campaign. 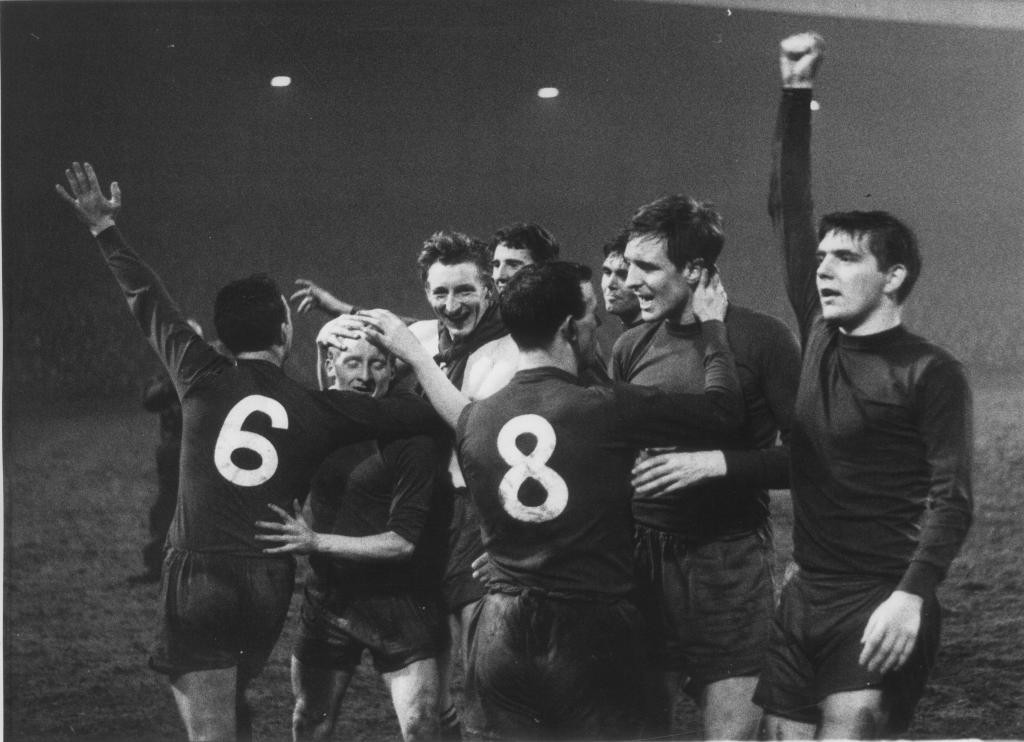 Words David Potter and adapted from his book Charlie Gallagher? What a Player! published in 2016 by CQN Books and available from CQNBookstore.com

When you order Andy Lynch’s biography Hoops, Stars and Stripes by Paul Dykes you get a copy of Charlie Gallagher! What a Player for FREE. Not only that but both Charlie Gallagher and Andy Lynch have signed their respective books for you.