Celtic Quick News on News Now
You are at:Home»Latest News»‘CHEERS AND NO TEARS,’ INSISTS BOYATA
By CQN Magazine on 28th April 2018 Latest News

Pep Guardiola’s side looked to be heading for Premier League success as they led 2-0 against Jose Mourinho’s visitors.

However, Paul Pogba led a remarkable recovery after the interval as the Old Trafford outfit netted three goals to derail City and stall their inevitable championship victory.

Now, for the first time since 1979, Celtic have the opportunity to clinch the league against their Ibrox rivals – and Belgian defender Boyata insisted the Hoops must avoid a banana skin.

The centre-back said: “I watched that game between City and United and, at the end of it, you could see fans crying – staying in the stands and crying.

“So, it’s a great example. We’ve seen what happened – especially when City were winning 2-0. It’s going to be hard, but we will do everything we can to be on the good side of it.

”However, these games have just been crazy. I expect this one to be just as crazy.

“I’ve been here for three seasons now, so I know there is this love of football that is passed from generation to generation. Now we can see people even younger than me who are so crazy about this game. 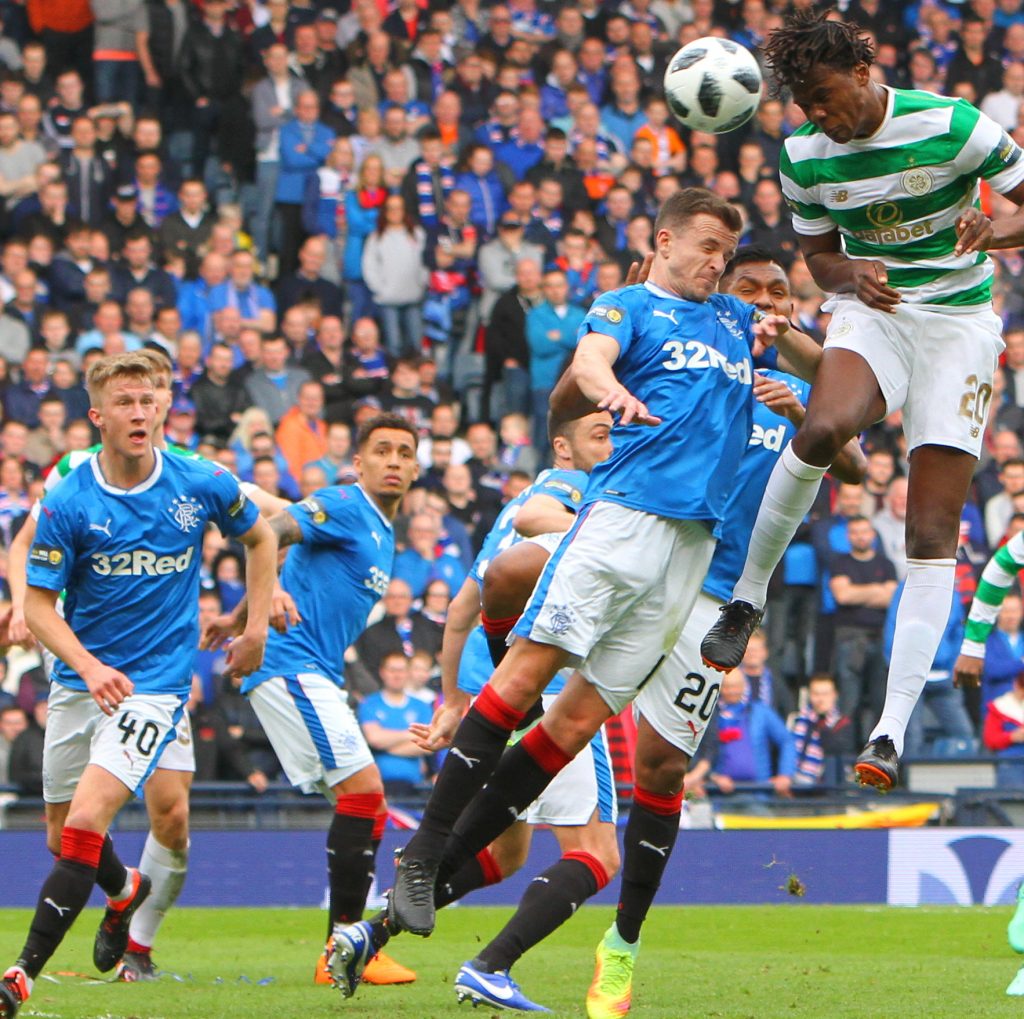 AIR RAID…Dedryck Boyata puts pressure on the Ibrox defence as he springs
for a set-play.

“Where I came from, it’s not like this. In Brussels, even the derby game doesn’t get that much attention. So, being able to play for Celtic is a great thing.

“We’ve worked very hard to be in this position, it’s not easy. And Sunday could be a great moment for us. But we have to go and get it. It won’t just fall at our feet.

“And I live in a great neighbourhood. I get along with all my neighbours, most of them are Celtic fans. So, whenever there is an Old Firm game, you can feel the tension.

“We can spend all night talking about it. So, even my wife knows more about it than most people. I didn’t know before I signed here, there are three or four different Irish pubs in Brussels who are obviously big fans of Celtic.

“Whenever there are games on, everyone goes and watches them. So, when I signed here and went away with the national team I was told there is a good community of Irish people in Brussels who support Celtic.” 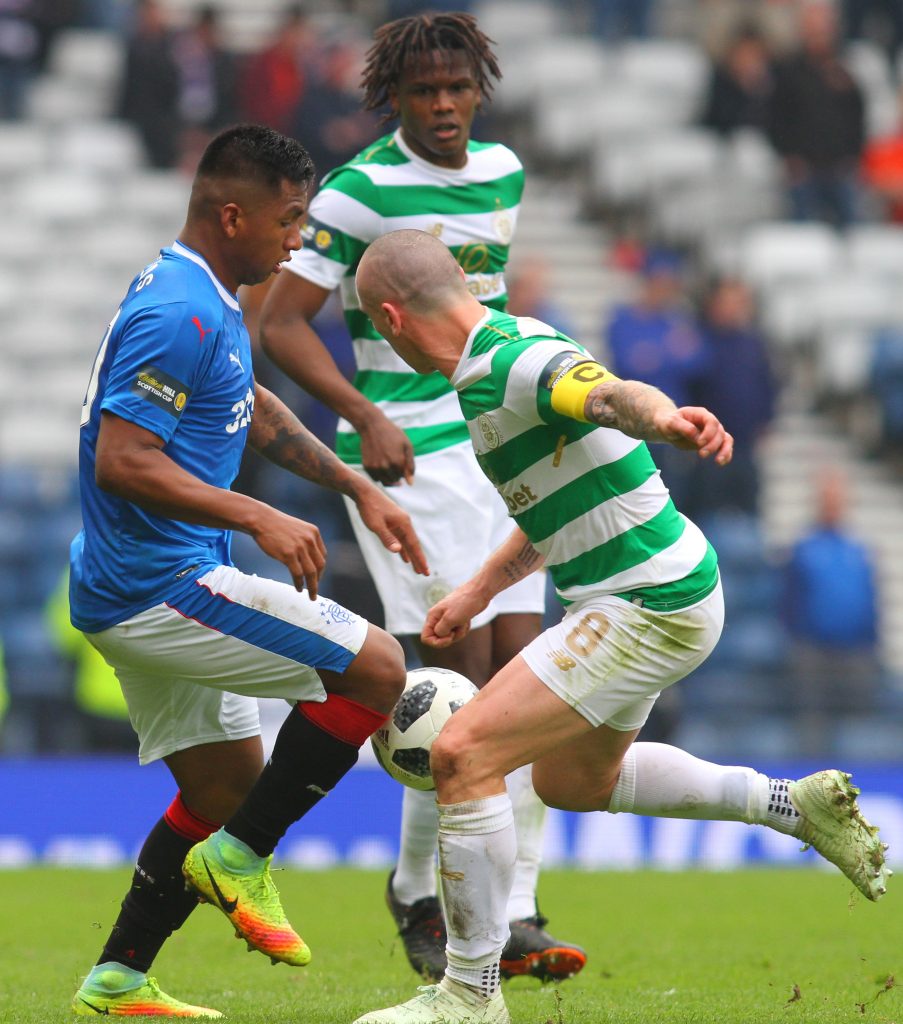 Boyata added: “I lost my first game against them, the Scottish Cup semi-final in 2016. So, having had that feeling, I know I don’t want to have it again.

“The manager’s record against Rangers is a great one. That’s why he is well respected here. But he will be the first one to tell us not to think about those 10 games, only this one.

“Walking onto the pitch, we aren’t going to think about the games we won before, only the one we want to win now.

“When you are a player on the pitch, you can feel that an Old Firm game is not a normal game at all. So, being on the losing side of it is very difficult.

“It’s a motivation every time you step out because you don’t want to have that feeling again.

“I’ve been on the positive side for quite a while now. It’s been good for us. We have been working very hard.

“The motivation now, especially to win the league in this game, is very high. But we are never going to disrespect the opponents.

“For them, I’m sure it is a very difficult moment. But if I was on their side right now and I had the chance to stop your rivals winning the title, I’d be giving 150 per cent.