NEW Bhoy Vakoun Issouf Bayo promises the Celtic fans will see something special once he gets up to match speed.

The £2million Ivory Coast international striker was paraded in front of the Parkhead faithful during the interval of Wednesday’s 4-0 win over St Mirren.

And Bayo, who has just arrived from Slovakian outfit Dunajska Streda on a four-year deal, admitted the occasion was extremely emotional.

He said: “I found the experience of being out on the pitch very moving and it made me really happy because it’s very important to me. And the Celtic fans played a big role in me deciding to sign for the club.

“In Slovakia, I’m well-known for really enjoying celebrating with the fans when I score and, knowing what I know of the Celtic fans, I’m really looking forward to this happening here and having these sort of celebrations with the fans.”

Bayo, 22, who has not played since the start of last month due to his club’s winter break, revealed it is his dream is to become the next Didier Drogba, his fellow-Ivorian and Chelsea legend. 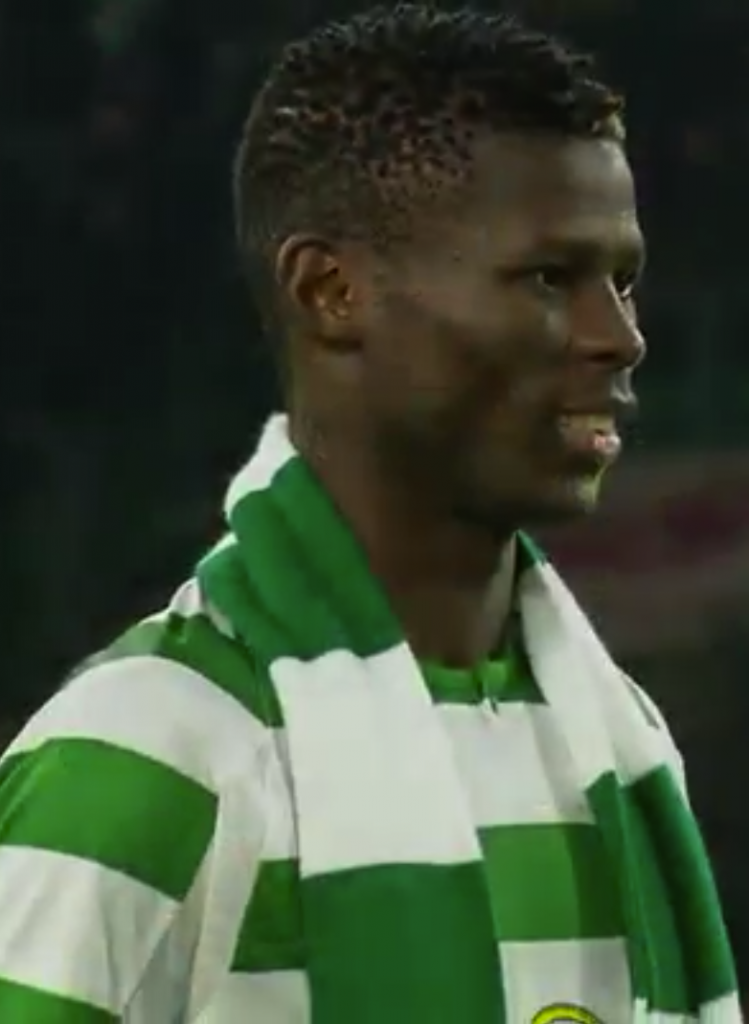 GREEN FOR GO…Bayo meets the Celtic fans in midweek.

However, he is also added that comparisons between himself and his country’s iconic frontman are not so far-fetched – for the time-being, anyway.

He said: “Didier Drogba is like a big brother to me.

“Of course, I hope to have a career like he had, but let’s see what happens.

“Yes, in a way I am inspired by him and play in a similar style to Drogba.”

Brendan Rodgers, who has utilised another new Bhoy, Oliver Burke, in the main attacking role against Airdrie in the Scottish Cup and the Paisley side in the Premiership, is unlikely to involve Bayo when Hamilton Accies visit Parkhead tomorrow afternoon.

Odsonne Edouard, who is back in training, could make his first appearance of 2019.