RYAN CHRISTIE is hoping to play favourites in Sunday’s Scottish Cup semi-final against Aberdeen at Hampden.

The Scotland international midfielder was Celtic’s matchwinner when he smashed in the only goal of the game as the Hoops lifted their third consecutive League Cup against the Dons in December.

But that silverware success is NOT the one he rates as his favourite outing against the side where he spent 18 months on loan.

Christie’s No.1 confrontation came at Pittodrie on Boxing Day when the champions triumphed 4-3 with a hat-trick from Scott Sinclair and a stunner from Odsonne Edouard.

The classy playmaker, speaking to this week’s Celtic View, said: “It would be nice to replicate something similar to the last game against Aberdeen at Hampden.

“t’ll be a massive game and I’m just desperate to be part of it, as everyone else in the squad is.

“It didn’t go to plan last Saturday against Livingston, but at this club, we always want to win silverware and we want to play in Finals. In order to do that, we need to go to Hampden and beat Aberdeen.

“And we’ve seen plenty of times this season, they’re such a hard team to come up against. 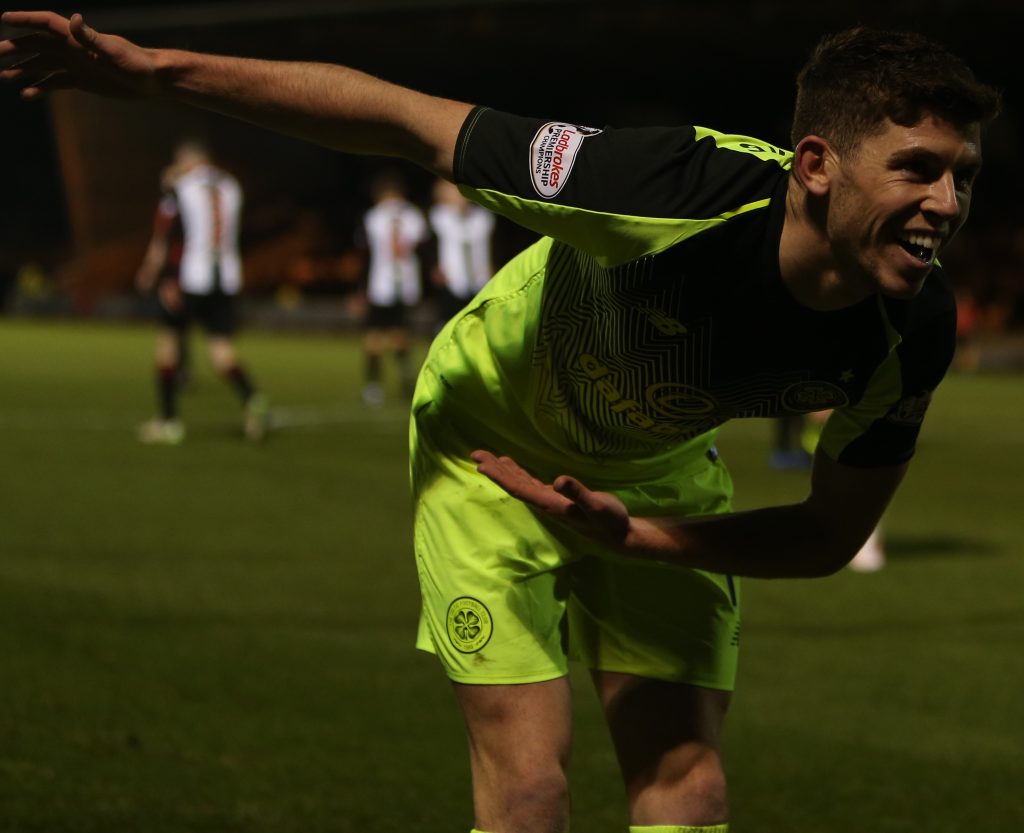 TAKE A BOW…Ryan Christie salutes the fans after his goal against St Mirren last week.

“We saw that in the League Cup Final, and, of course, they held us to a goalless draw at Celtic Park the last time out. We know that we’re going to have to be on our best game to get by them.

“To be fair, there have been some great encounters this season between the two clubs, especially the 4-3 game at Pittodrie on Boxing Day. That’s been one of my own favourite games this season to play and we had to dig deep for the win up there.

“You do your planning and tactics as much as you can in the lead-up to the game, but sometimes you’ve just got to feel it out during the first 5-10 minutes and adapt your game as you go.”

Christie took another step on his way to match fitness when he came on as a 63rd-minute substitute for Olivier Ntcham in last week’s nervy encounter against St Mirren in Paisley.

With the team winning 1-0 with an early header from Timothy Weah, they just could knock land the knock-out blow until the Highlander, who had been impressive since his arrival, slotted in the second near the end.

Now the former Inverness Caley Thistle youngster is hoping to get the nod from interim manager Neil Lennon to face his old Dons mates at the weekend.

Christie has had some memorable moments against the Pittodrie side in this campaign – he is hoping to add to them in the Scottish Cup semi-final.