Celtic Quick News on News Now
You are at:Home»Latest News»CHRISTIE AND CO ON IBROX MISSION
By CQN Magazine on 1st January 2021 Latest News

RYAN CHRISTIE is determined to turn an x-certificate horror show from Celtic in October into an exhilarating experience as the champions kick off 2021 at Ibrox.

Neil Lennon’s men turned in one of the direst displays in a derby as they folded to a feeble 2-0 loss at Parkhead. For the first time in living memory, the Hoops went through the entire game without managing to get a solitary effort on target.

Awful defending allowed centre-back Connor Goldson the opportunity to stick the ball behind nervy Vasilis Barkas in each half in a capitulation by Scotland’s title kings which was as inexplicable as it was excruciating.

Christie was one of four Celts ruled out of the match because of Covid-related causes. The midfielder was sidelined after it was deemed he had come into contact with Scotland team-mate Stuart Armstrong while on international duty. 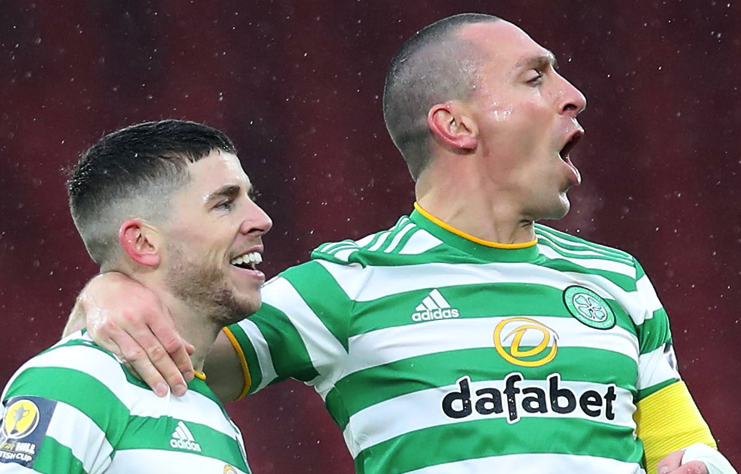 French Under-21 striker Odsonne Edouard and Israeli pair Nir Bitton and Hatem Abd Elhamed were also missing while Christopher Jullien, James Forrest and Mikey Johnston were among those injured and unavailable to the Celtic manager.

Now the Hoops have the opportunity to set the record straight tomorrow afternoon in Govan as they continue to play catch-up on Steven Gerrard’s outfit, 16 points adrift with three games in hand.

Looking back at the debacle in the east end of Glasgow three months ago, Christie, speaking to the Daily Record, said: “It was frustrating watching it from home the way it panned out the last time.

“There were a few boys who missed out on that game who will be desperate to be involved in this one and get a taste of it for the first time this season. But we know it will be difficult to come out on top.

“Rangers have been in good form this season, but we don’t expect anything else. We’ve been right up there at the top over the last few seasons and when you have success like we have done you know everyone else will be pushing to get closer to that level.

“Yes, we have been frustrated by our indifferent form, but we feel we have come through that now and we look back to our best again. That’s what we need going into this weekend.”

Christie reckons three points are not the be-all-and-end-all in this encounter and continued: “It’s not a must win because we’ve still got plenty of games to go.

“Obviously, the aim is to win the derby, first and foremost, and get a bit of revenge for the first derby when there were a lot of different factors that came into play.

“We are desperate to win it and come out the other side, but there are still plenty of games to be played to find out who has won the league.” 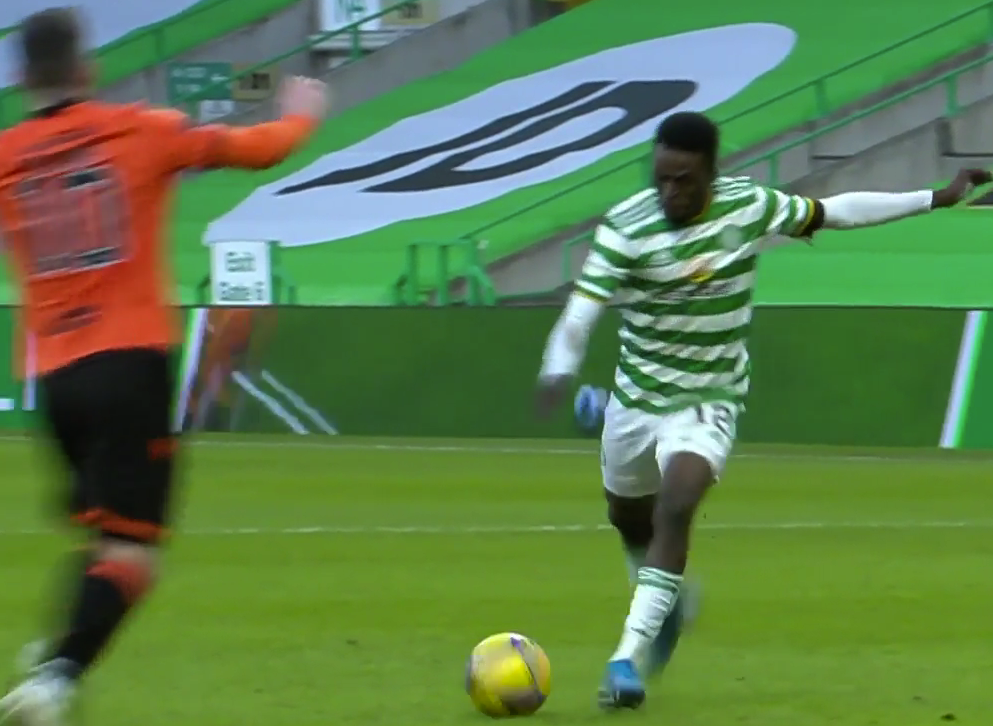 BIG SHOT…Ismaila Soro lines up his drive for his first Hoops goal in the 3-0 win over Dundee United.

Looking at the impact of the newly-introduced midfield double-act Ismaila Soro and David Turnbull, who were both on target in the 3-0 midweek win over Dundee United, Christie added: “We were delighted for Ismaila to get that goal.

“He struck it well, it popped up nice for him to come off the side of the boot and it was always curling away from the goalkeeper. It was a great strike and obviously when teams come in and sit deep against you, you need to sometimes have shots from range to pull them out a bit, so it’s even better when they fly in.

“I would have been proud of that one myself. But my efforts these days just fly into the stands, so I’ll leave the shooting to him from now on.

“He has done really well lately along with David Turnbull and, absolutely, I think they’ll be ready for a game like Saturday’s.

“The form they’re carrying into this game couldn’t be any better. They are both full of confidence.

David also got a goal and has been scoring a few recently. So, yes, there is no better form to be in going into such a big game.”

* CQN wishes all our readers a Happy New Year and we hope 2021 brings you all you could hope for – on and off the pitch. Please stay safe.