RYAN CHRISTIE’S Celtic future is still in the balance with the transfer deadline due at 11pm a week tomorrow.

The 26-year-old Hoops midfielder is allowed to talk to interested clubs for the next eight days before his contract expires at the turn of the year.

Ange Postecoglou has already stated he would like Christie to remain at Parkhead and sign an extension, but the Highlander has so far stubbornly refused to put pen to paper to take his terms beyond January 2022.

Burnley, who have lost their first two Premier League fixtures, are desperate for reinforcements and the Scotland international is on manager Sean Dyche’s wanted list along with Watford’s Will Hughes and Lyon’s Maxwell Cornet, according to the Daily Record. 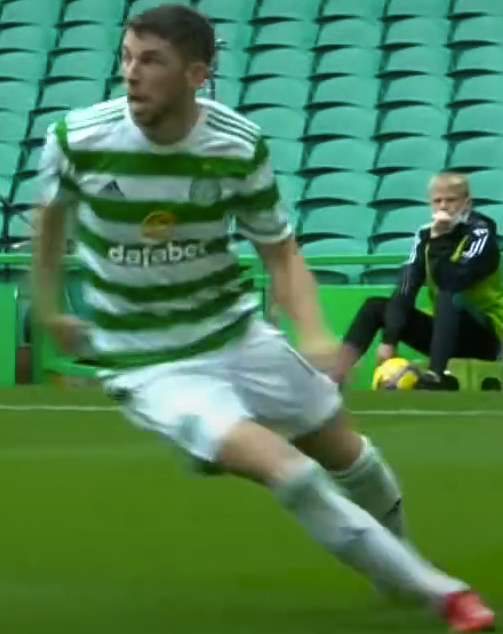 ON THE MOVE…Ryan Christie has been impressive since that start of the season.

Other clubs, such as Crystal Palace and Serie A’s Sampdoria, have been linked with Christie since the end of last season, but there have been no definitive moves for the playmaker who has started this season in fine form, despite missing three games with a bruised foot.

He has sparkled on the left-hand side of Postecoglou’s new-look midfield to underline his worth to the team and also to the squad’s strength-in-depth with the Greek-Australian gaffer still looking to bring in new players, either on permanent or loan arrangements.

Under-pressure Turf Moor boss Dyche doesn’t have the luxury of waiting until the turn of the year and snapping up Christie for free and will be forced to pay a fee to get the player in before Tuesday of next week.

Christie is wary of signing a pre-contract with any club as there is the distinct possibility of being frozen out of Postecoglou’s immediate plans with no part to play in the future, as CQN reported yesterday.

Unless there is a dramatic upsurge in movement, the 20 times-capped international will travel with the squad for the vital Europa League second leg of the play-off final against AZ Alkmaar in the Netherlands on Thursday night.