RYAN CHRISTIE has managed to joke about the horrendous facial injury that saw him stretchered off in Celtic’s 3-0 Scottish Cup semi-final win over Aberdeen on Sunday.

Christie, who suffered a suspected broken eye socket in the collision, was placed in a neck brace and carried off on a stretcher following a six-minute delay in the first-half while the tie was still goalless. 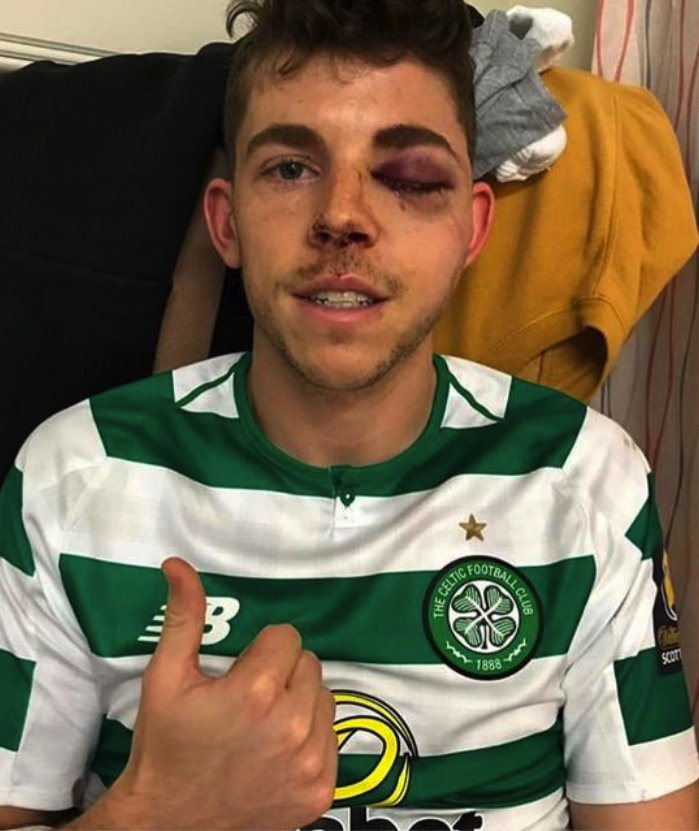 BRAVE BHOY…Ryan Christie gives it the thumbs up, despite the injuries.

The Scotland international took to Instagram to reveal the awful damage done in the aftermath of the shuddering clash with Ball’s head hammering into his face.

Christie joked: “Rumour has it we won 3-0. Thank you so much to everyone for all the amazing messages and support.”

James Forrest opened the scoring in added-on time before the interval and Odsonne Edouard and Tom Rogic netted the others as the holders swept through to the Scottish Cup Final where they will meet Hearts at Hampden on May 25.

Christie hopes to play his part in the season’s grand finale. No joking!