SOUTHAMPTON are continuing to monitor Ryan Christie’s situation at Celtic with the midfielder allowed to talk to interested clubs until transfer deadline day a week on Tuesday.

The stylish playmaker, who was handed the captain’s armband by Callum McGregor when he was substituted in the second-half of the 6-0 win over St Mirren yesterday, is out of contract at the turn of the year and can walk for free.

The south coast club, who have a history of deals with the Parkhead side with players such as Virgil van Dijk, Victor Wanyama, Fraser Forster and Stuart Armstrong making the move across the border, know they can get the 26-year-old Scotland international at a knockdown fee this month.

Burnley, too, are waiting in the wings to see what develops with the Highlander who has returned to form under the guidance of Ange Postecoglou. 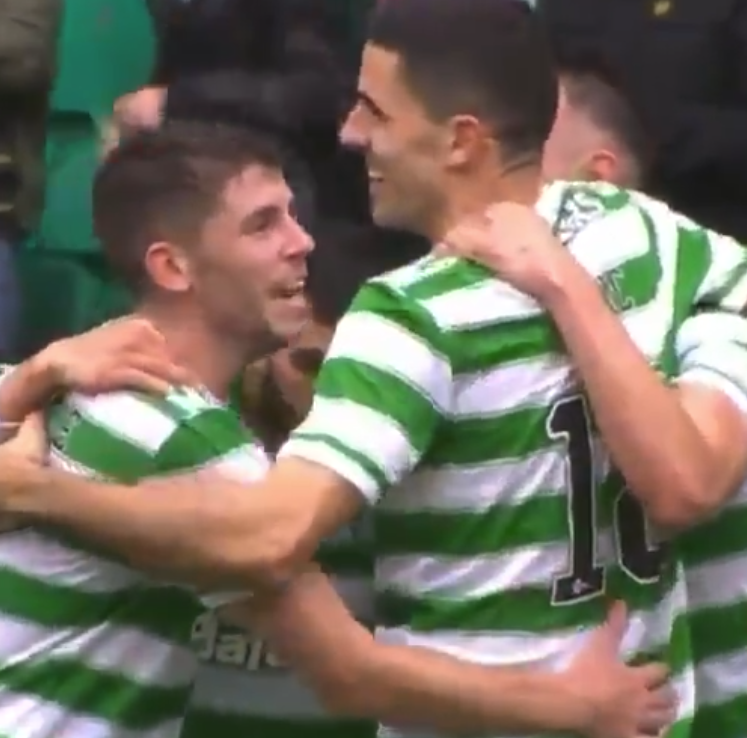 Christie joined the Hoops in a bargain £500,000 switch from Inverness Caley Thistle in 2015 and had two impressive loan spells at Aberdeen before being recalled to Glasgow by Brendan Rodgers.

His form dipped alarmingly last season in the general decline at the club, but he still got the nod from Steve Clarke to get into his Scotland squad for the Euros.

He played in the first-half in the 2-0 loss to the Czech Republic at Hampden at the start of the tournament and never kicked a ball again in the ties against England and Croatia.

Christie, capped 20 times, has netted 41 goals in 149 appearances for the Hoops since he was bought by Ronny Deila.

There are suggestions the player is not interested in agreeing a pre-contract this month as he fears being left out of Ange Postecoglou’s first-team plans for the remainder of the year, as reported in the Scottish Sun on Sunday.