The Hoops celebrated their astonishing THIRTIETH consecutive Cup victory as they moved within 90 minutes of their 10th domestic trophy in a row.

Paul Heckinbottom’s Easter Road outfit did their best to provide a banana skin and pulled it back to 2-1 at one stage in the first-half after Mohamed Elyounoussi and Callum McGregor had struck with seven minutes of each other to point the Parkhead the men in the direction of another win.

Slack defending allowed Melker Hallberg to fire past Fraser Forster, but Neil Lennon’s men restored their two-goal advantage beforte the the interval when Odsonne Edouard set up Elyounoussi for his second goal of the evening.

Scott Brown claimed his first double since 2014 to fire the holders into the Cup Final on December 8 and Christie, who wasn’t risked for the 90 minutes because of a knee complaint, replaced Tom Rogic in the 79th minute. 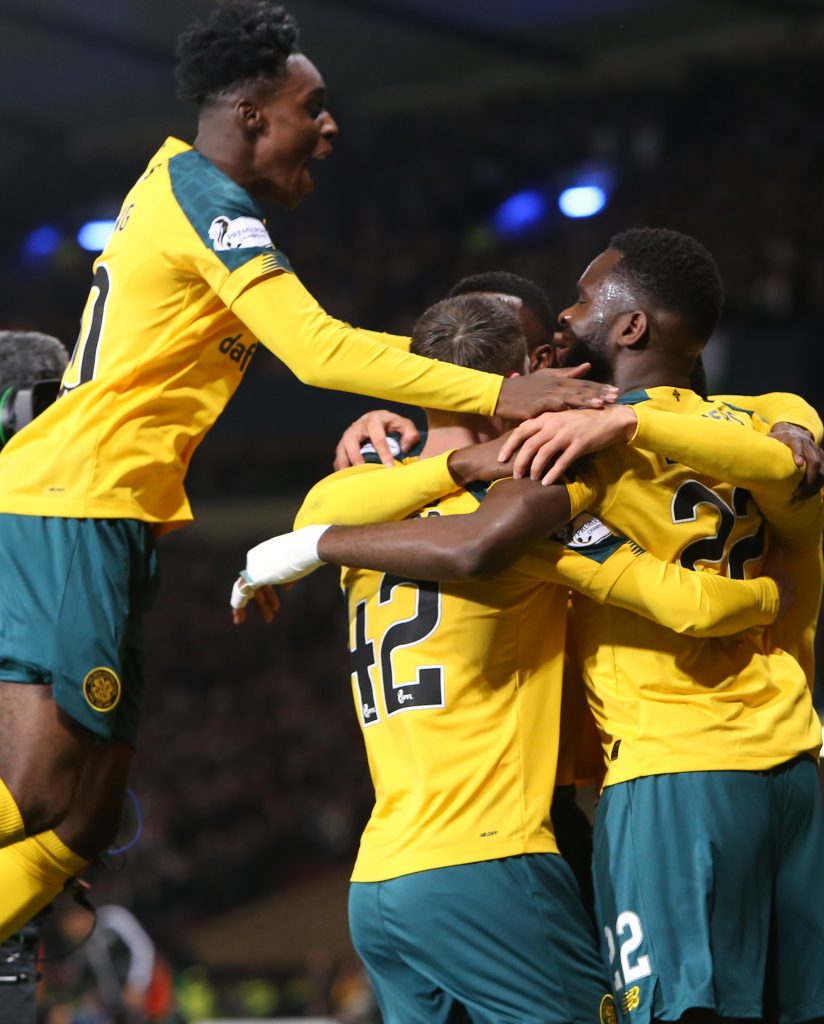 The Scotland international playmaker, speaking to the Sunday Post, said: “We’re delighted to reach another Final, first and foremost, but we’re also really happy with the performance, as well. We’re all pleased with where our game’s at right now.

“That’s 30 Cup wins in a row, which is testament to our character and composure when it comes to these big games at Hampden.

“Over the last few years we’ve managed to churn out positive results and long may it continue.

“Every single person in that changing room is desperate to win EVERY competition we’re in. That’s where the hunger comes from.

“This tournament comes around quickly in the season and we want silverware before Christmas.

“To do that you need to turn up on days like this and credit to the boys, we did that.”
Christie added: “It’s pretty relentless, but you have to get used to that or you probably won’t survive at this club.

“Psychologically, it’s massive to get the first trophy of the season. If we can secure it, it will push us on for the rest of the season.

“A lot has been said about the increased competition this season. But we’re desperate to concentrate on ourselves and take home more trophies.

“When you hear people saying Rangers are getting closer and the gap’s getting smaller, it fires us up.

“We’ll always welcome the competition. If everyone else around us is getting better, that will only make us better, as well.”

Christie was Celtic’s matchwinner in December last year when he scored the only goal of the Betfred League Cup Final against Aberdeen.

Now the Highlander is looking for an action replay this time out.