The Hoops were knocked out by a mediocre AEK Athens side in the third qualifying round as they attempted to make the group stages for the third successive campaign.

Christie and Co begin their bid to qualify this term on July 9 when they face Bosnian double winners FK Sarajevo.

The eight-in-a-row heroes have started pre-season training in Austria this week in preparation for the first hurdle in Bosnia to make it through four rounds of qualifying.

Christie missed the run-in to the season after sustaining multiple facial wounds following a mid-air assault from Dom Ball in the first-half of the 3-0 Scottish Cup semi-final triumph on April 14. The defender was rightly dismissed following the shocking challenge.

However, the smooth Scotland international playmaker still managed to score 11 goals – including the League Cup winner – in 27 starts before the premature end to the club’s treble treble adventure.

Christie, speaking to Sky Sports News, admitted: “It is tough and it’s a quick turnaround, but I don’t think we’ll complain about it too much because its huge games you like to play in so early in the season. 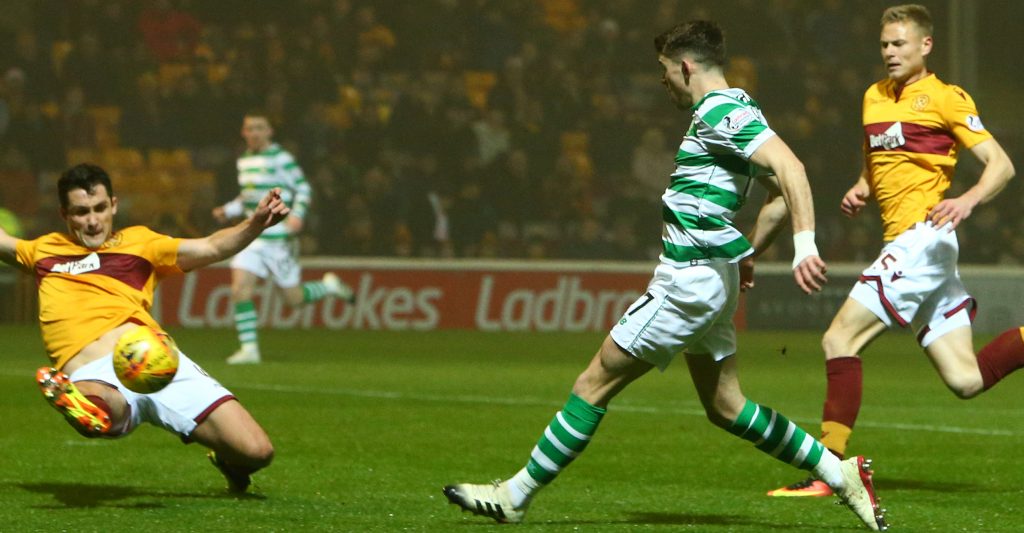 WHAM…Ryan Christie slams in one of the 11 goals he scored last season during a 1-1 draw against Motherwell in December.

“It can help cut pre-season short a little bit and take away some of the running. Hopefully, we can progress this year and if we do so we’ll be absolutely delighted.

“We’re desperate to qualify for Champions League football again, so all the mind-set will be on that for now.”

Looking at Neil Lennon’s permanent appointment as Brendan Rodgers’ successor, Christie remarked: “I think he’ll definitely have more time to get his points across between now and the qualifiers.

“Everybody’s made note of how well he did when he came in under the circumstances – he had zero time to put his own stamp on it.

“I think he’ll be definitely wanting to put a few points across and get us playing the way he wants to play and, hopefully, that will put us in good stead going into these qualifiers.”

The 24-year-old midfielder added: “Personally, the way last season ended with the injury, I’ve been itching to get back in and training again.

“I needed quite serious surgery and have got a few plates in my face now. It’s a credit to the surgeon and the doctors who worked on me because without them I wouldn’t be back so quickly.

“I’ve got no lasting after-effects, so I’m delighted with that.”