RYAN CHRISTIE hopes to be up front with new manager Brendan Rodgers.

The Celtic youngster, bought for £500,000 from Inverness Caley Thistle last summer, has revealed he enjoyed taking over from the suspended Leigh Griffiths for the last campaign’s finale.

Christie netted his first Hoops goal in the 7-0 hammering of Motherwell at Parkhead on Flag Day in Paradise.

The 21-year-old Highlander admitted: “I’d say my natural position is like a No.10, attacking midfielder, but I really enjoyed playing up front in the last game of the season.

“With such high quality we have in midfield, I feel it’d be no problem to play there as we have so many players who could play behind me.

“Also, I don’t mind playing out wide as well, but I don’t mind where I play. I’ve played up front before, but I’ve never enjoyed it as much as I did in that last game of the season and that’s probably because we tend to have a lot of possession.

“Tom Rogic played behind me against Motherwell and he’s brilliant at taking the ball on the half-turn and he likes to thread people through straight away.

“He set me up for the goal, but we have quality in all areas of the pitch, so I wouldn’t find it a problem to play up front.

”The games coming up even before the domestic season starts means that if you play well in them, you manage to put yourself in the gaffer’s thoughts straight away.”

New gaffer Rodgers is reshaping the Hoops frontline and Anthony Stokes, Carlton Cole and Colin Kazim-Richards have already departed the club since the end of the season.

The chance could be there for Christie to show the Irishman what he can do in a more advanced position. 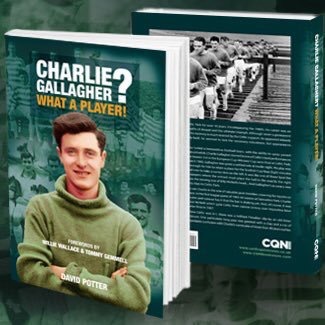