The Celtic playmaker will sit through the entire 90 painful minutes of Steve Clarke’s side’s humbling from the team rated No.1 in world football, as CQN reported in last night’s match summary.

Christie was in awe of the masterclass performance by the opposition’s midfield maestro Kevin De Bruyne who ran the show at Hampden, set up three goals and curled in the fourth himself.

The Manchester City star ripped the Scots to shreds with his devastating skills as he thrust at vulnerable areas throughout the wretched evening for the home fans who saw Romelu Lukaku score in the ninth minute – his fourth goal against Scotland in three games in a year – and it was an uphill struggle from that moment on. 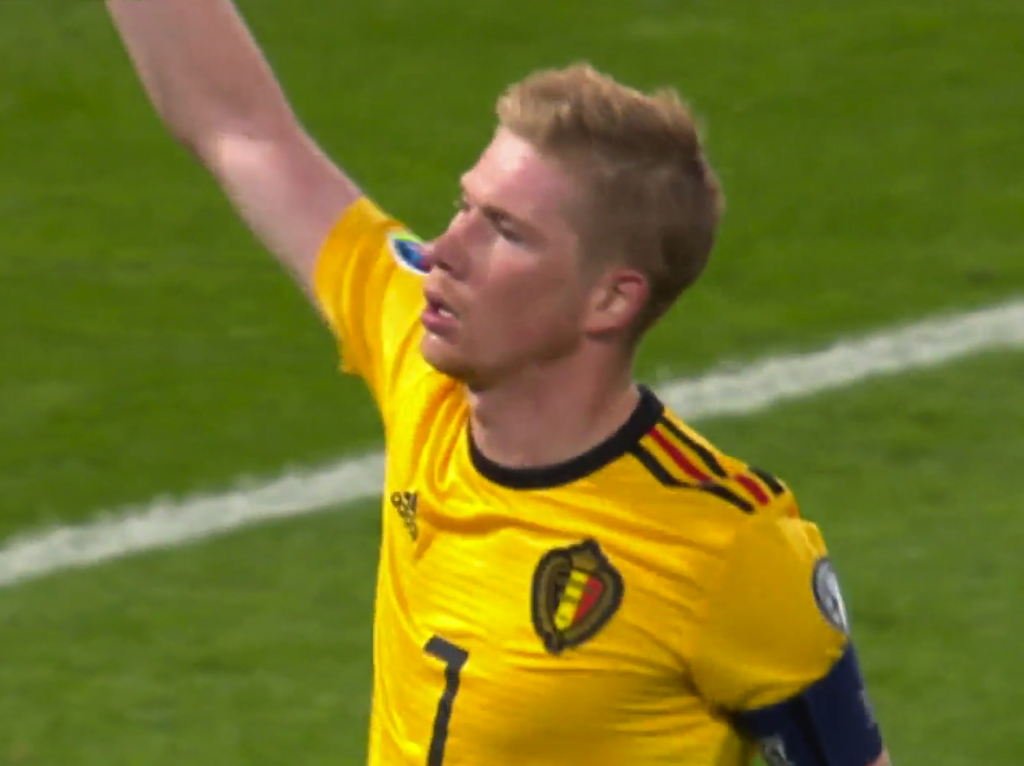 Christie applauded the astonishing display and, speaking to the Daily Record, revealed he would be heading straight home to view the DVD of the demolition job.

The Hoops star said: “He’s a frightening player. You could see it out there.

“It’s nice for me to play against him as he plays in a similar position to me. It’s important to watch the positions he picks up and the damage he can do on the ball, even when he has two or three men around him.

“That’s something you have to aspire to be as good as these guys and I’ll go back and look at the video of the game to look at what de Bruyne did.

“It’ll be painful, but I will also focus more on my own performance.

“In the first 15 minutes, I was getting it in good areas, but not really causing a threat. It’s on us to create more chances in the final third.”

NUMBER TWO…Thomas Vermaelen knocks the ball into the net off the keeper.

NUMBER THREE…Toby Alderweirald’s header bounces down off the bar and over the line.

NUMBER FOUR…curls the ball round the diving Marshall to complete the scoring.

Christie was given the Tartan Army’s Man of the Match accolade, but added: “I wasn’t really happy with my performance at all. When you get the ball in good areas against these teams, you need to make it count.

“I didn’t have enough shots or create enough chances, but that’s on me and the other attacking boys.

“That was Belgium, so, hopefully, against the lesser teams we can punish them more.

“It was a sore one. Minor details cost you at this level. The game plan was the press them high and we had our own spells of possession, as well.

“But conceding two goals from their set-pieces and another from ours was a bitter pill to swallow and something we are going to have to improve on going in to these last four games.

“It was a 4-0, but the majority of the time we pressed them quite well and got in to some good areas. Those are the positives we need to take from the game.

“If we can do that against lesser teams then we can really hurt them.

“But when you come up against sides like Belgium and you are not absolutely correct then you are in bother.”