Celtic Quick News on News Now
You are at:Home»Other»CHRISTMAS SPECIAL OFFER: BUY ’50 FLAGS PLUS ONE’ – AND GET ‘SEVILLE’ FREE
By CQN Magazine on 1st December 2020 Other

CHRISTMAS is coming and author Alex Gordon’s brand, new Celtic book, ‘50 Flags Plus One,’ is a MUST for all Hoops fans.

The tribute tome, which has just been published, covers the 51 glorious seasons where triumphant Celtic have dominated Scotland on their way to thrilling, memorable and dramatic championship successes.

’50 Flags Plus One’ is packed with inside stories never before revealed and there are almost one hundred breathtaking images in a book which will become a collector’s item.

PLUS! Buy the latest Celtic book and get a copy of ‘Seville: The Celtic Movement’, priced at £18.99 and published by CQN in 2014, ABSOLUTELY FREE! 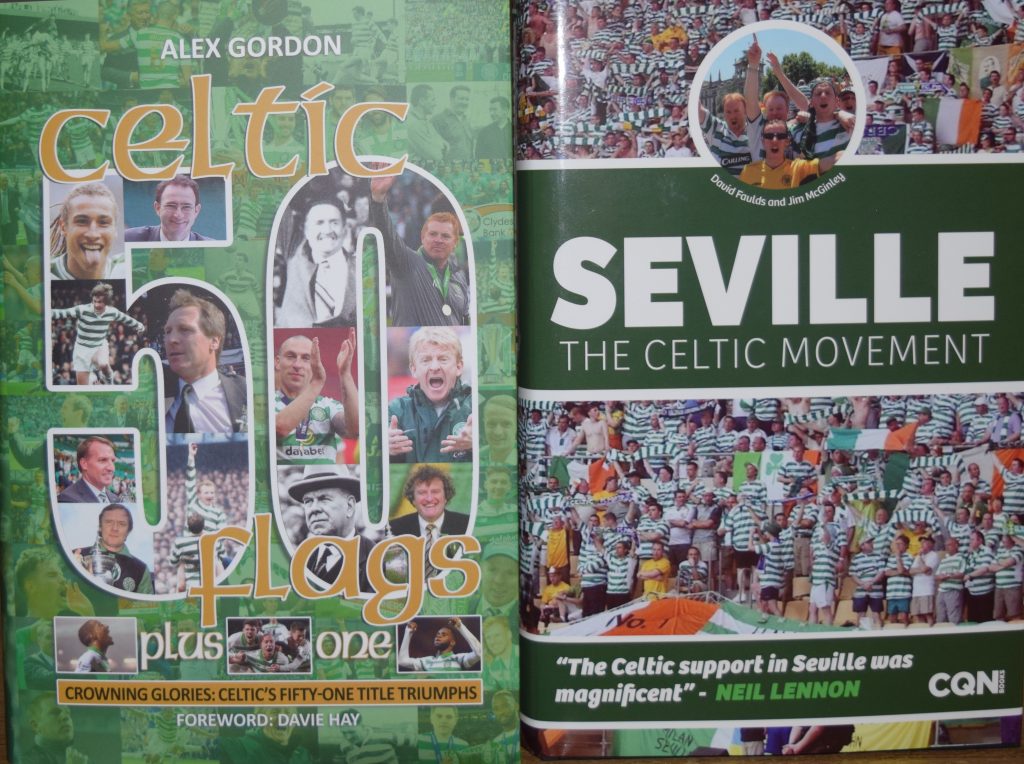 BUY ONE AND GET ONE FREE…great Christmas offer for Celtic fans.

Alex, who has now written fifteen books on the club closest to his heart, told CQN: “This was a genuine labour of love. A journey back to that first title victory in 1893 and scrutinising every campaign that led us to the fifty-first crown last season when the second nine-in-a-row was accomplished.

“I was fortunate enough to see the first of the nine back in 1966 when Jock Stein’s great team beat Motherwell 1-0 to clinch the flag. It was the club’s first flag win in twelve years and how we celebrated.

“No-one at Fir Park that wonderful, sun-kissed afternoon on Saturday, May 7 could have even dreamed the team would become the first British club to conquer Europe in Lisbon just over a year later. And win the title for eight more fantastic years.

“I discovered many remarkable gems as I sifted through the seasons and I hope the Celtic fans enjoy reading ‘50 Flags Plus One,’ as much as I enjoyed writing it.”