Celtic Quick News on News Now
You are at:Home»Latest News»CIFTCI THANKS VAN HOOIJDONK
By CQN Magazine on 10th July 2015 Latest News
NADIR CIFTCI has thanked former Celtic star Pierre van Hooijdonk for his role in the Turk’s £1.3million move to Parkhead.
The Dutchman, who spent three years with the Glasgow giants, is the striker’s agent and advised him on what is expected at the Hoops. But he didn’t give too much away.
Ciftci penned a four-year deal after his move from Dundee United was confirmed yesterday.
The 23-year-old hitman asked for Van Hooijdonk’s thoughts about joining the SPFL champions, but said: “Before signing for Celtic I knew a lot about the club, anyway.

“However, you don’t really know much how big it is until you play for them and Van Hooijdonk has played for the club and he told me a little bit about it.

“He doesn’t want to tell me too much so I can taste it all myself while I play for this club.

Ciftci became boss Ronny Deila’s fourth signing of the summer. He joins Belgians Dedryck Boyata, a centre-half, and goalkeeper Logan Bailly along with Swiss right-back Saidy Janko as the new arrivals during the close season. 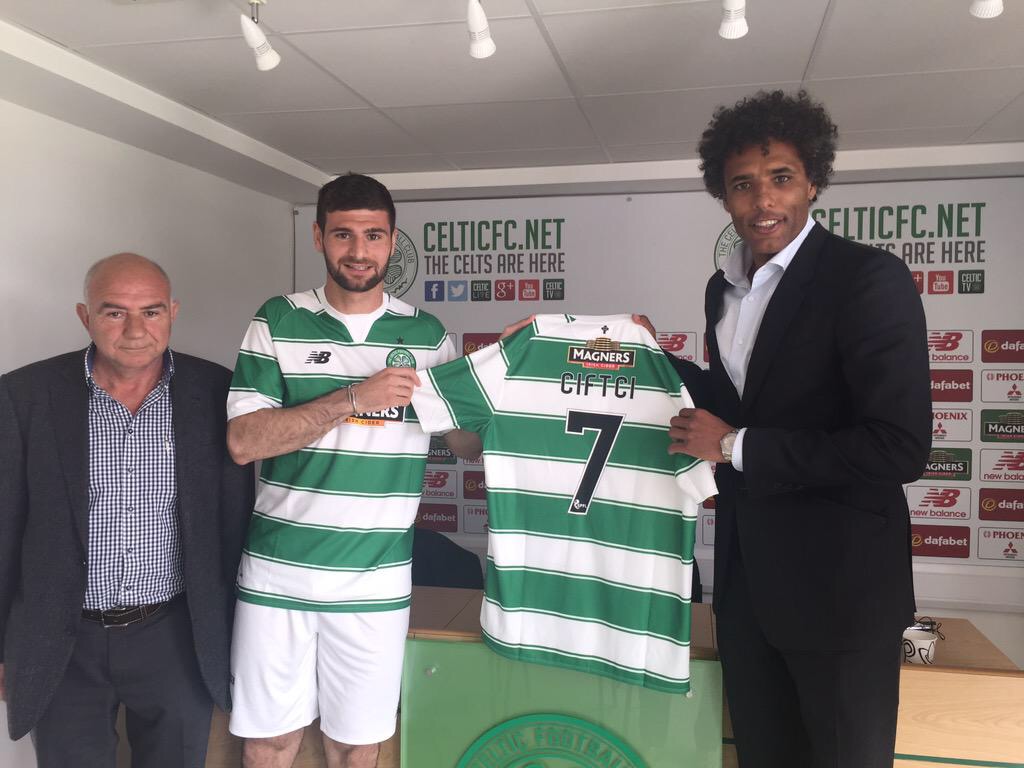