Celtic Quick News on News Now
You are at:Home»Football Matters»CIFTCI VERSUS COMMONS AND MAYBE SAMARAS?
By CQN Magazine on 14th December 2016 Football Matters
CELTIC’S forgotten striker Nadir Ciftci could be on his way back to Dundee United in the January transfer window.
The Turkish international, bought by ex-boss Ronny Deila in the summer of 2015, has been targeted by Tannadice gaffer Ray McKinnon as the player to help the club to promotion to the Premiership.
United would only be able to offer to take Ciftci on loan with the Hoops’ preference being a permanent deal for the 24-year-old who cost £1.5million when he made the switch to Glasgow. 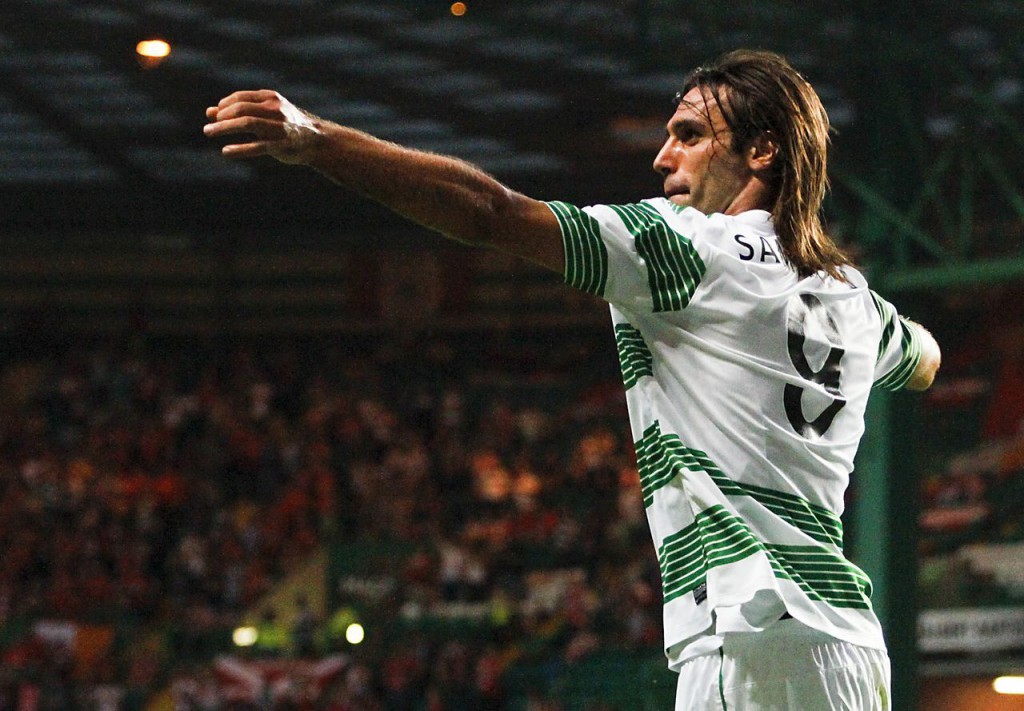 Ciftci was used as a substitute in the Champions League qualifiers against Lincoln Red Imps, but hasn’t made a competitive appearance since July.

He agreed a four-year deal when he joined the champions, but failed to make an impact and was loaned to Turkish outfit Eskishirspor for four months where he scored four goals in 11 appearances.

How Ciftci was ever given a four year contract is astonishing as was the decision to award him the privilege of being Celtic’s N0.7.
Dundee United fans have been calling for their club to make a move to bring Ciftci back to Tannadice as the race for the Championship hots up. And don’t be surprised if you’re reading about former Celtic manager Neil Lennon looking to bring in an ex-Celtic striker to Easter Road as he attempts to see off the Tangerine challenge.
Oh Ah Samaras has a certain ring to it.
Neil Lennon is also strong favourite to land Kris Commons in January. The Celtic star – is he a legend?  – is now completely out of the picture under Brendan Rodgers and has been advised that he can find a new club in January.
Commons doesn’t want to uproot his family for a move down South so Easter Road, with the chance to work again with Neil Lennon, seems the obvious destination.
If all of the above happens, you’d fancy Hibs to win the Championship.