Celtic Quick News on News Now
You are at:Home»Football Matters»CIFTCI’S GOAL AMBITION
By CQN Magazine on 19th October 2015 Football Matters
NADIR CIFTCI has insisted he will make up for lost time in his pursuit of goals for Celtic.
The Turkish striker missed the opening six league games of the season following an incident in his last game for Dundee United.
The ban meant that he has been unable to put together a consistent run of games for the Hoops while 12-goal Leigh Griffiths has taken over as the club’s main frontman.
Ciftci, who netted only his second goal for the champions in the 1-0 win over Motherwell, admitted: “It has been a difficult time, but it is all behind me now. I was just happy to score. 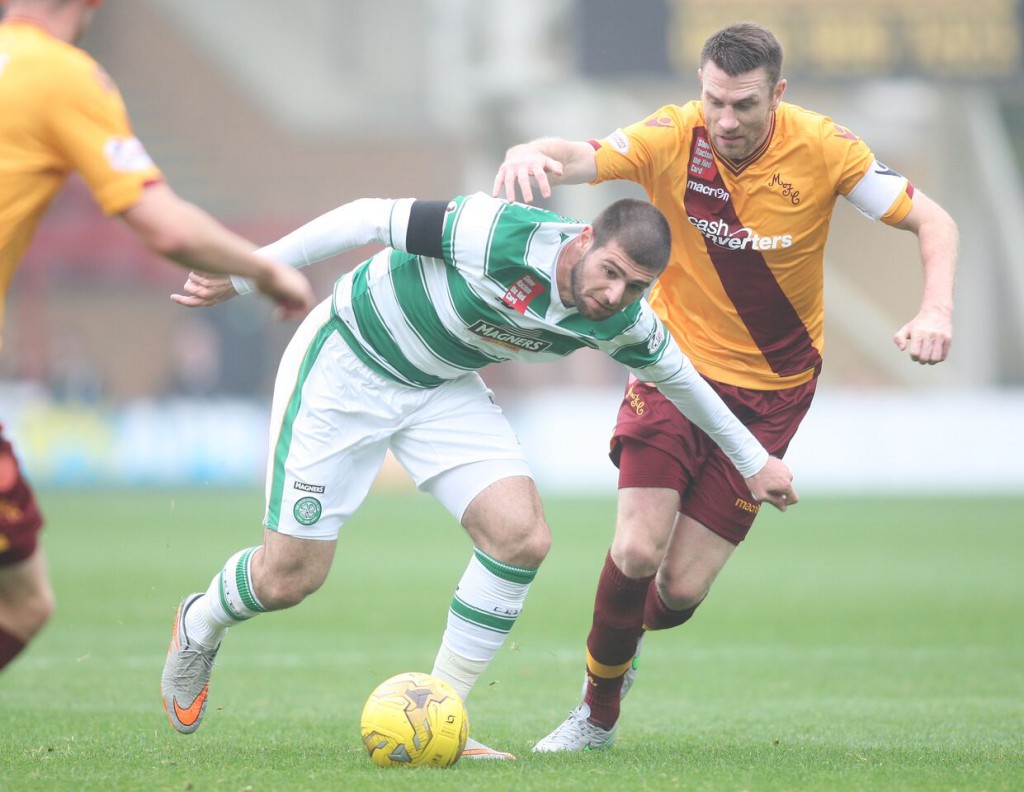 “It is difficult in your head when you are not playing but now I am fit and hungry. I have learned a lot.

“Of course, it is always nice to get a goal. It is up to the manager who plays against Molde on Thursday, but I am pleased with my performance. It is a big game now for us in Norway and I am ready to play if I am asked.

“But Leigh has done very well this season. He has been scoring goals, so we just need to wait and see what happens.

“I will get sharper playing games and starting games. That is how I can get better, but it feels good to have got a goal.”

Ronny Deila was satisfied with the player’s display and expects more from the forward who netted 33 goals during his two seasons at Tannadice.

The Parkhead boss said: “I am pleased for him, but there is still more to come. It can be hard for a player to come here from a smaller club because the pressure is so much different.

“He has to have time to get to know how we play and understand the culture of the club. There is a lot of pressure on players here all the time and it can take a little bit of time to adapt to that.

“Nadir has to keep working, keep learning because he can get better. “