Celtic Quick News on News Now
You are at:Home»Football Matters»‘CLASS GAP IS STILL THERE,’ SVIATCHENKO
By CQN Magazine on 25th October 2016 Football Matters

CELTIC defender Erik Sviatchenko has laughed off claims that Comedy Club Sevco Rangers are closing the chasm with the champions since their 5-1 Parkhead mauling last month.

Ibrox banker boss Mark Warburton argued that his side’s 1-0 Betfred League Cup semi-final loss on Sunday was “nip and tuck” and that the “so-called gap is a lot narrower than people think”. 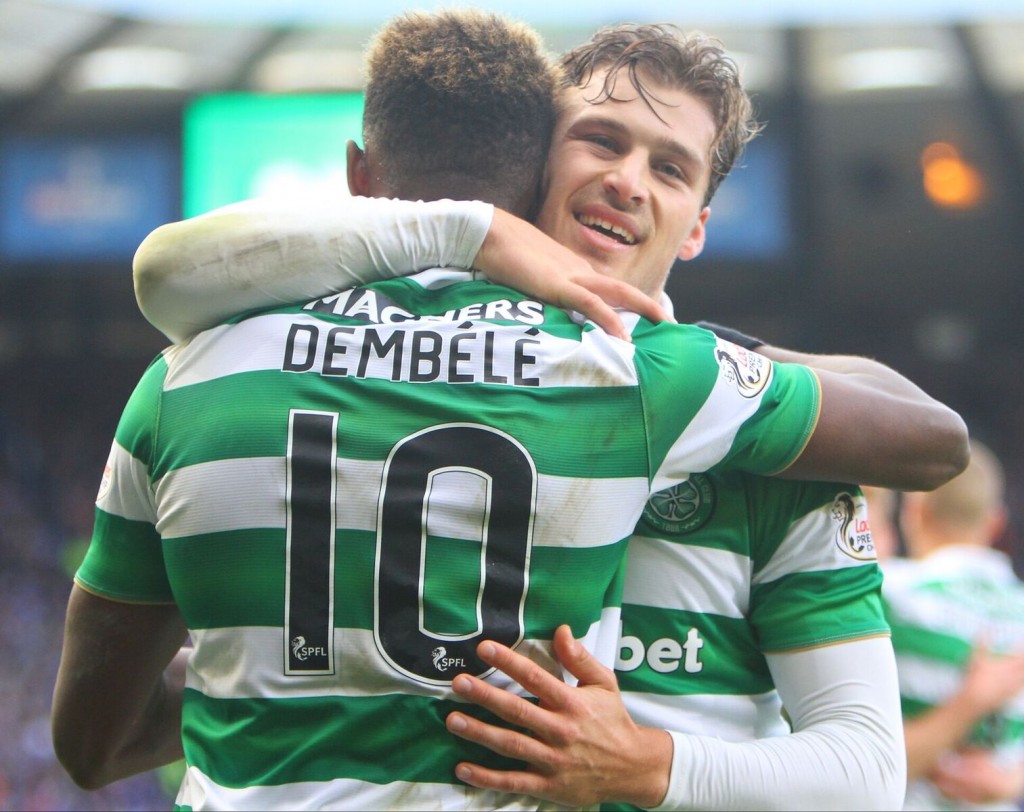 But the Hoops’ Danish defender believes Brendan Rodgers’ men dominated at Hampden – just as they did at home in the Premiership encounter.

The Parkhead side had to wait until three minutes from time for the winner from Moussa Dembele, who, of course, rattled in a hat-trick in the one-way spectacle on September 10.

Asked if the gap had narrowed, Sviatchenko simply replied: “No.” He added: “I think we showed the same as the last time. Even though the scoresheet was only with one goal, I think still we were the much better team.

“It was quite similar, just the scoresheet wasn’t as big. We had chances, we just didn’t get that goal we needed, but in the end Moussa came and back-heeled it.

“We are through which is the main thing and I think we were really, really good.

“There were lots of spells in the game where we were dominant and they were struggling. It could have been more than the late goal.”

Sviatchenko thought he had opened the scoring early in the second half, but Keep the Score Down Specialist referee Craig Thomson controversially ruled it out for a push on veteran defender Clint Hill.

He said: “It was a legitimate goal, but sometimes it doesn’t go your way. We just needed to go on and we got the goal.

“We had chances before that, as well. We could have scored early in the game.

“We were dominant, especially that spell in the first-half, five minutes before half-time. We got all the second balls and they were pressed down.

“When we play like that, then it’s really, really difficult to defend against. You get the upper hand in the end and that meant we scored a late winner.”

Meanwhile former Celtic skipper Andy Lynch was on CQN last night for an insightful Q&A session – it is well worth a read back if you missed it. Hoops Stars and Stripes – The Andy Lynch Story is out now and when you order from CQNBoookstore.com you receive a signed book plus a FREE copy of Quality Street Gang courtesy of author Paul Dykes, while stocks last.