MIKEY JOHNSTON is determined to make up for lost time as he returns from a long-term injury.

The 21-year-old Celtic winger made his first appearance of the season as a second-half substitute in the 2-0 Premiership win over Kilmarnock at Parkhead last month.

And he followed that up by slotting away a crucial penalty-kick against former team-mate Craig Gordon in the holders’ dramatic 5-3 spot-kick shoot-out triumph over Hearts in the delayed Scottish Cup Final five days before Christmas as Neil Lennon led the club to a phenomenal quadruple treble.

Johnston, who was sidelined for almost a year following a knee operation, is now willing to play his part as the champions attempt a determined revival in the new year with a historic tenth successive title their priority target. 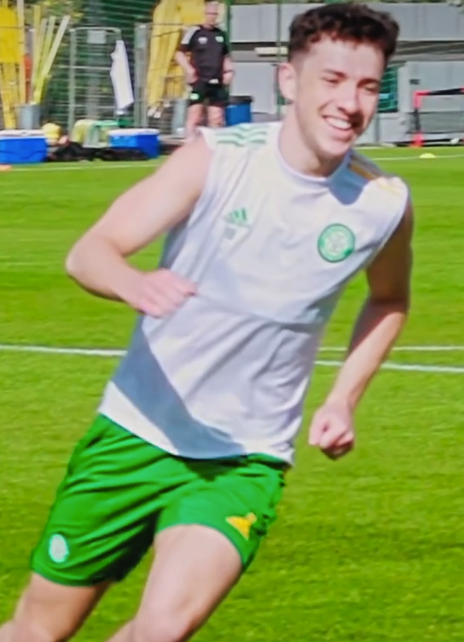 It will be a big ask, but the Scotland Under-21 international star is up to the task and, speaking to Celtic TV, said: “It makes me so happy being out on the pitch.

“Obviously, being out for so long was hard and there was a lot of hard work that had to in to get myself back where I am, so I’m just happy to be on the pitch with the boys again.

“It can be frustrating, not being able to affect things on the pitch when you’re out, especially in the games where we’ve been struggling a bit recently. We weren’t even allowed to go to the games because of Covid, so that was tough, having to watch it from the couch in the house. It was tough, but I’m just happy to be back.”

Johnston, who has a chance of playing against Hibs at Parkhead on Monday night, added: “I thought the penalty in the Cup Final would be a good way to bounce back after being out for so long.

“I think it’d have been something I’d have regretted for the rest of my life if I didn’t take it, to score a penalty in a Scottish Cup Final, so I’m just buzzing that I’ve done it.”