CELTIC’S European talisman Kris Commons has been registered with UEFA for the Champions League qualifier against Astana.

The playmaker hasn’t featured in any matches so far under Brendan Rodgers, but, if fully fit, will be on stand-by for the make-or-break ties against the Kazakhstan title holders.

Commons, 32, played a crucial role when the Hoops overcame a two-goal deficit against Astana’s main rivals Shakhtar Karagandy in 2013. 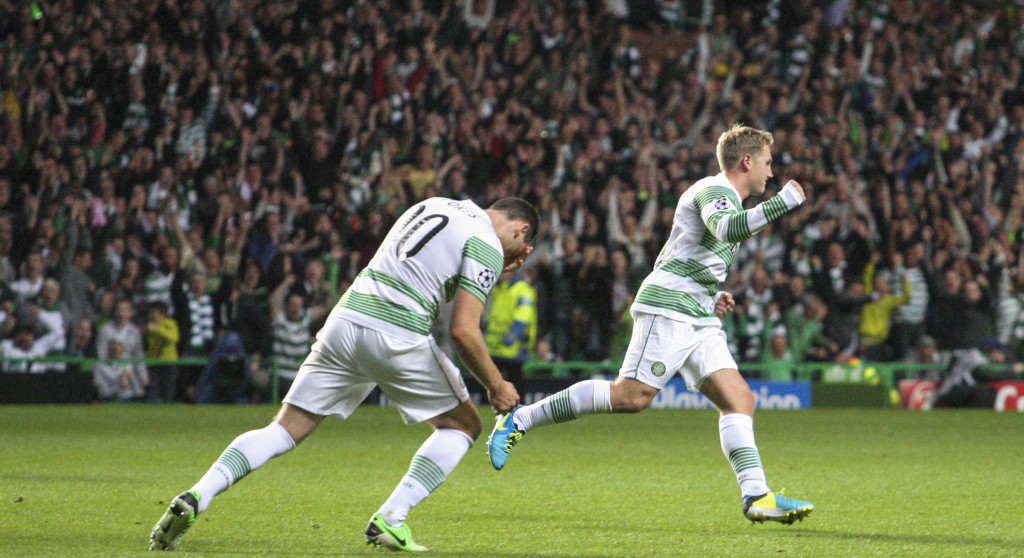 Neil Lennon’s side were toiling in the first-half of the play-off round in the second leg at Parkhead. The former Scotland international star pulled one back on the stroke of the interval with a breathtaking 20-yard drive.

Georgios Samaras levelled after the break and James Forrest snatched the winner in the fading seconds to put the Glasgow giants into the group stages where they faced Barcelona, AC Milan and Ajax.

Commons has netted 10 goals at European level and could become a key man for Brendan Rodgers if they reach the Champions League group stages after missing out for the past two years under Ronny Deila.

Logan Bailly, Craig Gordon’s back-up keeper, is missing from the squad with the Belgian shotstopper out for at least a month after injuring a foot during the pre-season trip to Slovenia.

Italian Leo Fasan and Irish teenager Conor Hazard have been named as deputies. The untried Hazard has been included with no limit placed on the number of home developed players in the pool.

Rodgers can still register another name before Wednesday’s first leg clash with Astana in Kazakhstan.