Celtic Quick News on News Now
You are at:Home»Latest News»COMMONS IS EURO DOUBT
By CQN Magazine on 22nd June 2016 Latest News
CELTIC talisman Kris Commons is a major injury doubt for the opening Champions League test.
The playmaker has missed the start of pre-season training after undergoing surgery at the end of last season. 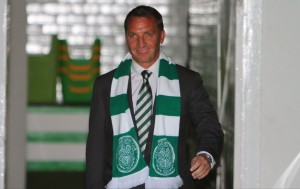 Commons also missed the opening qualifiers against Stjarnan with a toe injury during the last campaign and is now a doubt for the games against Flora Tallinn or Lincoln Red Imps.
Boss Brendan Rodgers admitted: “He was one of a number of players not able to train.

“We worked with a group of 20 players on Monday and, obviously, some of those guys were with the medical team.

“I’m not sure if he will be ready for the qualifiers. It would be close if he was.

”My focus is purely on Celtic and trying to initially get us through some tough qualifiers for the Champions League and, ultimately, then to take on the challenge of winning every trophy we possibly can.”