Celtic Quick News on News Now
You are at:Home»Latest News»COMMONS PONDERS HANGING UP BOOTS
By CQN Magazine on 30th May 2017 Latest News
CELTIC hero Kris Commons is on the brink of quitting.
The 33-year-old midfielder hinted he may be ready to hang up his boots after bidding an emotional farewell to the Hoops faithful on Sunday.
Commons bowed out after six-and-a-half years at Parkhead by scoring in a charity match as Henrik’s Heroes defeated Lubo’s Legends 5-2.The playmaker didn’t make a solitary appearance for the champions during their historic unbeaten treble-winning campaign although he had a short emergency loan spell at Hibs to help out ex-boss Neil Lennon. 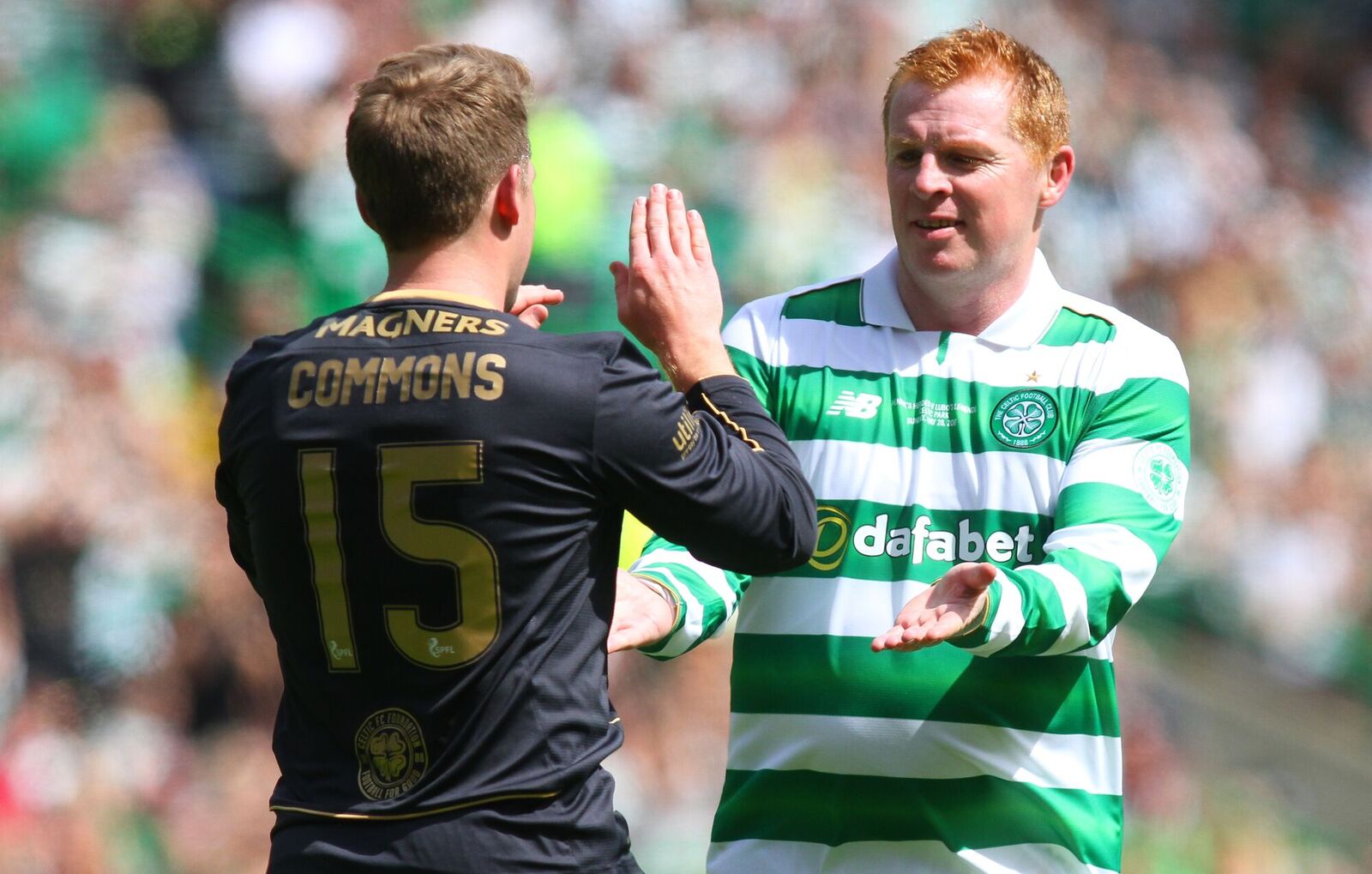 Commons has been linked with a more permanent role at Easter Road as they prepare for life in the Premiership after last season’s promotion.
But the former Scotland international admitted he is at a career crossroads.
He said: “I have options and it’s not just football. This next part of my journey – whether it be playing, coaching, or media – I want to be 100 per cent committed.“You want to play for the best clubs at the highest level. I’ve been lucky, I have done that. Now it’s about enjoying my football.“If I can pass my knowledge on to younger players, that would be great. I just don’t know whether that should be in a playing capacity or if I should go down the coaching route.

“I still feel like I have unfinished business as a player. The doubt is whether I can get up to a level where I am going to be the Kris Commons everyone knows.

“If I’m not, then there is no point in dwindling away. I’d rather finish on a relative high. If I can get fit enough to play, then I will.

“I don’t want to be the guy who has 21-year-olds running past him and to have a feeling of disappointment in my last two years in football.”

Commons claimed 91 goals at the Hoops, but one stands out – the thunderous effort that sparked a dramatic Champions League qualifying win over Shakhter Karagandy in 2013. 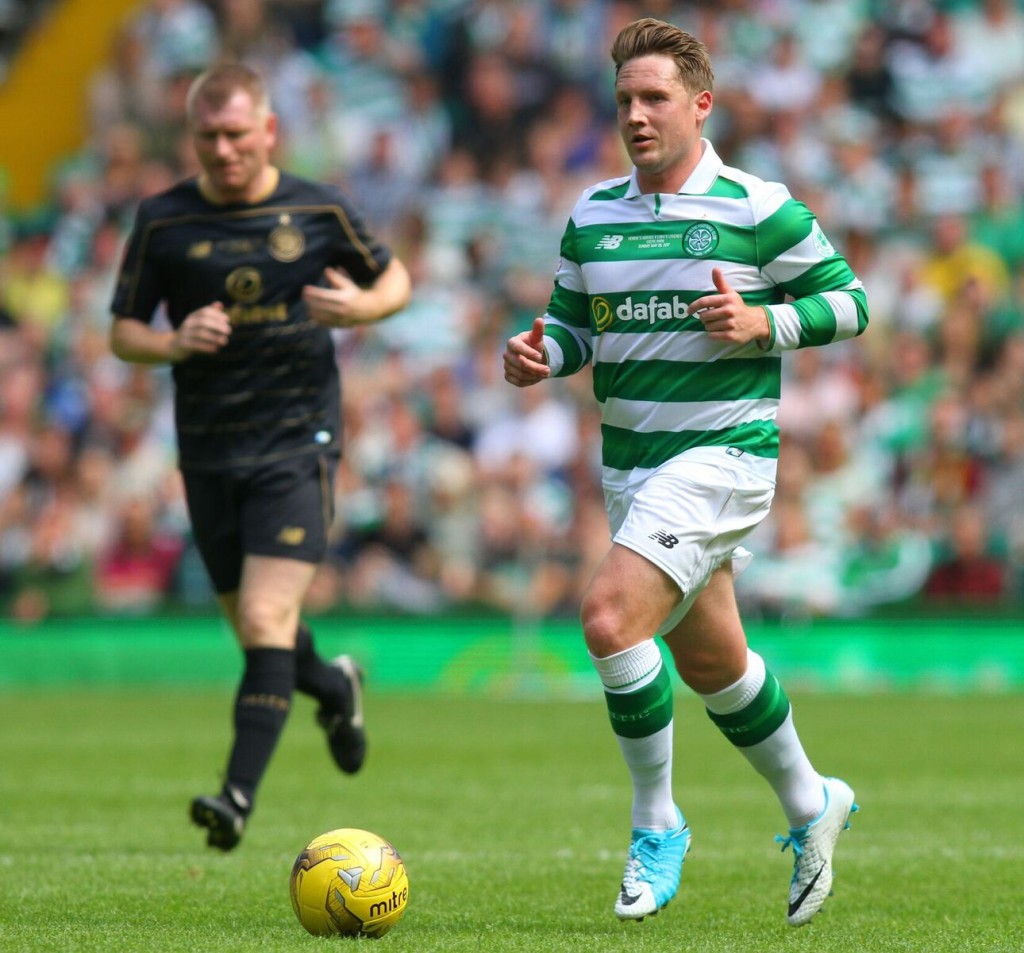 The Bhoys were trailing 2-0 from the first leg, but Commons’ opener helped them claim a spectacular 3-0 win in the return.He said: “I loved that Shakhter game. I scored and I’d never felt so much drive to get the ball out of the net and restart the game.

“I wouldn’t say I felt invincible but it was a case of ‘let’s go’.

“That win and the way we did it was astonishing. The fans might forget my goals next season, but the memories that have been created will live with me until the day I die.“My debut, my first goal, my Old Firm (sic) debut, beating Barcelona, reaching the Champions League last 16. If anyone came to this club with boxes to tick then I’ve done them all – apart from the treble.”
Commons added: “I was naive before I came to Celtic. I thought I was a player. Then I came here, saw the scale and size of the club and realised what it meant.“You see big clubs around England, but Celtic is above and beyond anything I’ve felt for any club. If you leave this place and don’t get tearful, you need a slap around the ear.“All my family have been brought up Celtic supporters and my kids are dressed in Celtic gear 24 hours a day.

“I will always have an attachment to this club now. The last two weeks have been magical.

“We have had the Lisbon Lions’ anniversary, the Invincible league season, then winning the treble.

“To then be able to grace Celtic Park for the last time with real legends of this club is a fitting end for me. It has been emotional.”

CQN’s new t-shirts, our VVV tribute to Brendan Rodgers for his Invincible Treble are selling fast, get yours HERE