Celtic Quick News on News Now
You are at:Home»Latest News»COMMONS READY FOR FULL NINETY MINUTES THIS WEEKEND
By CQN Magazine on 24th May 2017 Latest News

KRIS COMMONS will pull on his Celtic shirt this weekend for the last time before his contract with the Champions expires.

It won’t be at Saturday’s Scottish Cup Final though but instead in the Legends match the following day at a sold out 60,000 capacity Celtic Park.

Commons has been listed to play 45 minutes for both Henrik’s and Lubo’s sides in a match that will also see Celtic skipper Scott Brown playing – they just couldn’t keep him away!

Commons’ contribution to Celtic over the 6 years he has been at the club was recognised last Sunday by Brendan Rodgers ahead of the trophy presentation.

Now a week later Commons will get the chance to get stripped and to pull on the green and white hoops before waving goodbye to the support.

The player intends to keep playing for  while longer and has announced that his family will remain in Glasgow. This means that his likely destination will be Easter Road. Neil Lennon brought Commons to Celtic and the pair have a great friendship. Celtic allowed the player to go through to Hibs for a month’s emergency loan in December.

Now it looks like Commons, Efe Ambrose and Neil Lennon will all be facing Celtic next season.

Here is the line-up for the Henrik v Lubo match, that has emerged on social media. 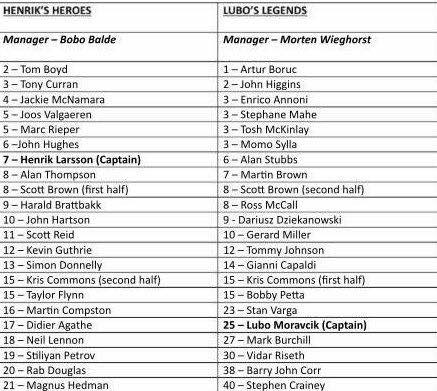 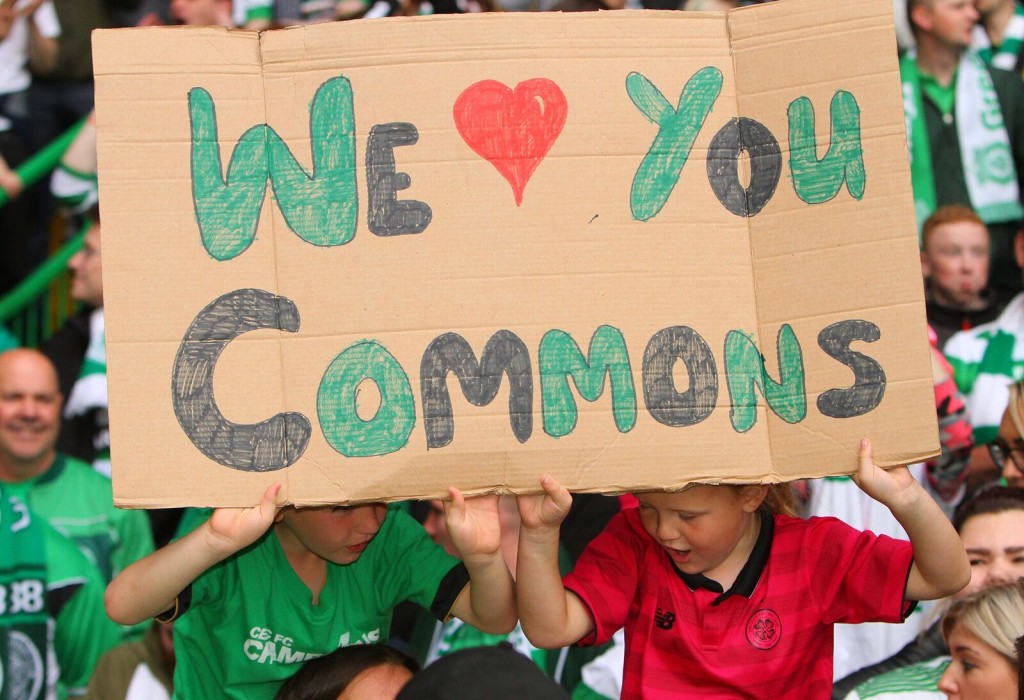