Celtic Quick News on News Now
You are at:Home»Football Matters»CONFIDENCE HIGH AS ARMSTRONG SAYS ‘MAKE MINE A DOUBLE’
By CQN Magazine on 14th April 2016 Football Matters
STUART ARMSTRONG is looking for a double when Celtic face Sevco in the Scottish Cup semi-final at Hampden on Sunday.
The classy midfielder was with Dundee United when they knocked out Ally McCoist and Co from the last four of the tournament with a 3-1 win in Glasgow two years ago in the new club’s first ever Scottish Cup semi-final. 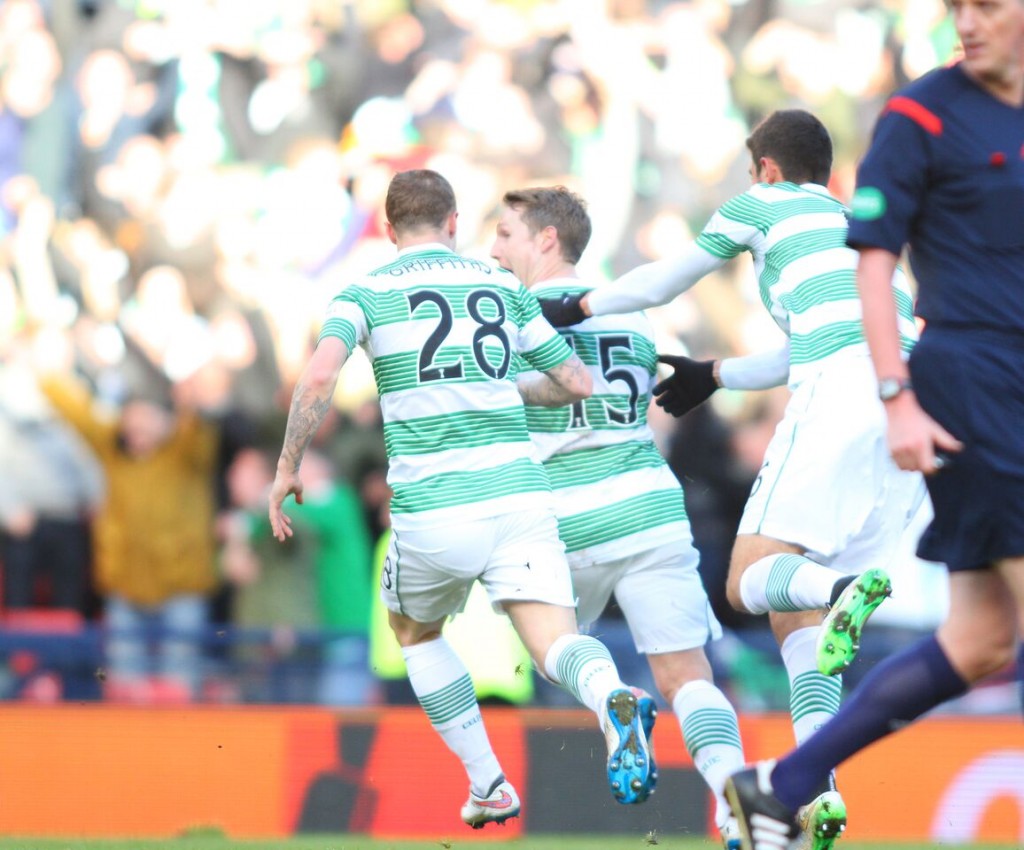 Armstrong scored that afternoon and would love to repeat the feat at the weekend. He said: “I was Cup-tied for the League Cup semi-final last season after playing for United in an earlier round.
“However, it was a good experience the year before. I netted and it was an all-round great day.
“This one will be slightly different, of course. It’s a pressurised game, it’s a semi-final and a chance to get into the final of the Scottish Cup. There will be a lot of pressure on both sides and a lot of expectation.
“There has been a lot of build-up and everyone is just looking forward to the game coming around and enjoying it.

“It’s something I’ve never experienced, so it’s exciting. It’ll be a good game with lots of chances. They like to score goals and so do we.I’m sure it’ll be a good one to watch.

“Cup games are independent and unpredictable. We’re in good form and feel confident.

“Obviously, we’ll give it our best.”