The midfielder, 18, who penned a four-year contract with the treble-treble heroes yesterday in a deal that will see the troubled League One side pick up a £350,000 development fee, is determined to make a good first impression.

Connell caught up with his new team-mates in Austria at the weekend and, speaking to Celtic TV, said: “It’s unbelievable to sign for such a massive club, known all around the world

“It’s dream come true, what you dream of as a kid.

“I’m looking forward to all the league games, but especially the Champions League.

“If I can make my debut in the Champions League, I’ll need that confidence to play in that tournament. 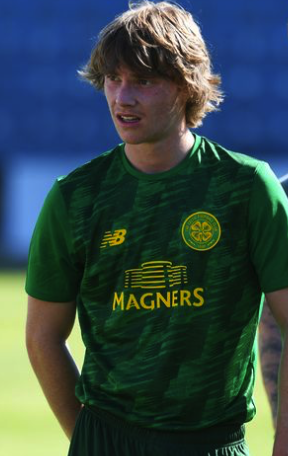 Connell, who can play in central midfield or left-back, broke into the Bolton first team in the second part of the season and made 12 appearances, but couldn’t halt their slide towards the Championship exit.

The teenager is now relishing the chance of mixing it in Glasgow and is backing himself to make a name for himself.

One man who has no fears about Connell’s quality is former Hoops centre-half Mick McCarthy who brought him into his full Republic of Ireland international squad near the end of the season.

And the competitive performer’s decision to move to Parkhead will be bad news for Wolves and newly-promoted Sheffield United and Norwich City who were keeping a close watch on developing situations.

Celtic fans could get their first glimpse of Connell when Neil Lennon’s men play their third pre-season warm-up match against St Gallen in Switzerland on Tuesday night.