MOHAMED ELYOUNOUSSI is standing by for his first top-team appearance of 2020 when Celtic take on League One part-timers Clyde in their Scottish Cup-tie in Cumbernauld this afternoon.

The on-loan Southampton attacker has not been seen since he was withdrawn at half-time in the Hoops’ Betfred League Cup Final triumph over Steven Gerrard’s Ibrox side at Hampden on December 8.

Elyounoussi has struggled to get game-time since returning from international duty with Norway in November with a foot injury.

However, boss Neil Lennon may take a chance on the Morocco-born star who has scored six goals in 13 starts for the champions. 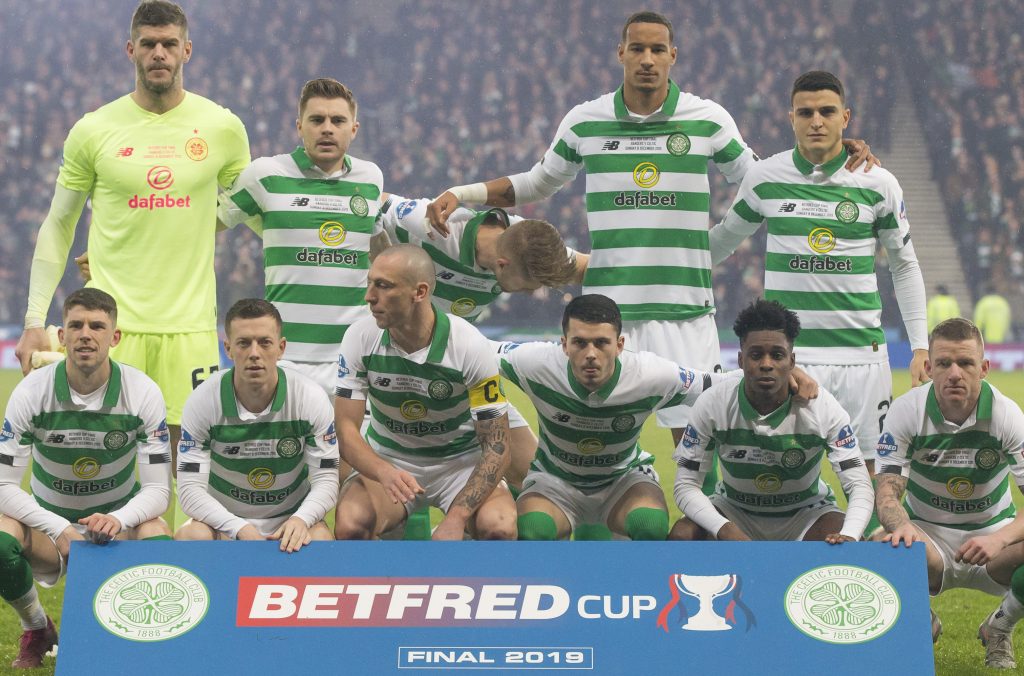 UP FOR THE CUP…Mohamed Elyounoussi (back row, extreme right) lines up with his Celtic team-mates for the Betfred League Cup Final.

The left-sided raider made his debut for the Parkhead men on Hamilton’s artificial surface on September 14 and set up the only goal of the game for James Forrest in the fourth minute with a smart cross from the left.

Clyde’s all-weather pitch at Broadwood is similar to that of Accies where Elyounoussi shone on his first appearance.

Lennon has included the player in his provisional squad along with three goalkeepers, Fraser Forster, Craig Gordon and Scott Bain. It is likely the 37-year-old Scotland international shotstopper, who is out of contract in the summer, will be a spectator on this occasion.

* DON’T miss the unbeatable match report and the best action images from Clyde v Celtic this afternoon – only in your champion CQN.