CELTIC have confirmed Mohamed Elyounoussi and Kristoffer Ajer have been given the green light to face Hibs at Easter Road.

There were fears the Hoops double-act would have to sit out the Saturday afternoon clash in Edinburgh following Norway’s coronavirus crisis.

The forward, who netted a hat-trick in the 4-1 win over Motherwell at Fir Park in the champions’ last game before the international break, and the towering defender returned to Scotland on Sunday and there were reports they may be forced into a 10-day isolation period. 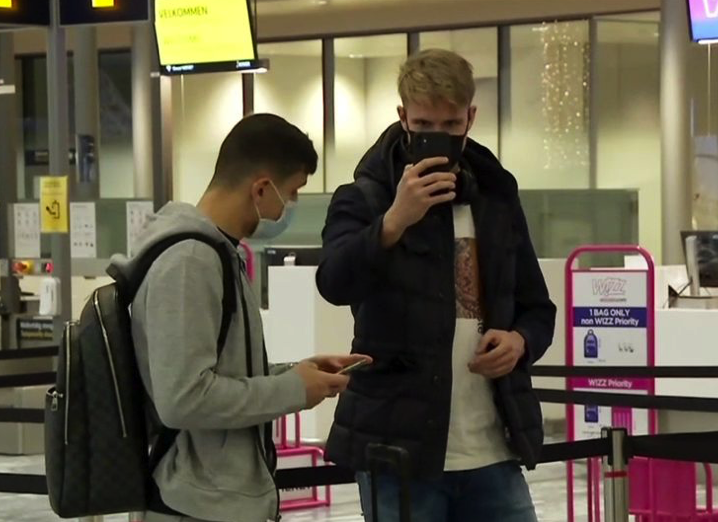 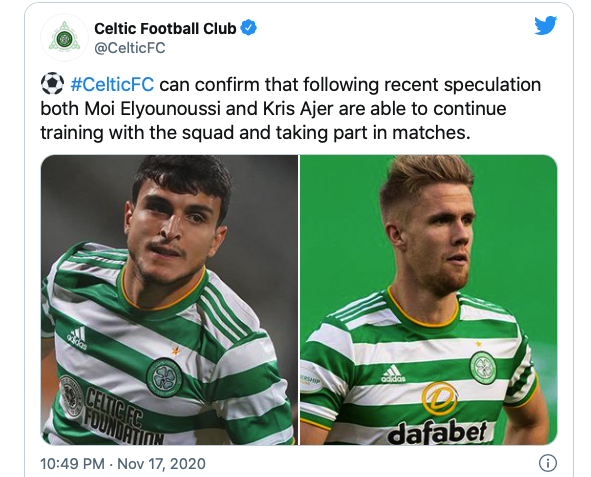 It looked as though Neil Lennon’s plans would be thrown into jeopardy once more because of the virus following losing four players – Odsonne Edouard, Ryan Christie, Nir Bitton and Hatem Abd Elhamed – due to Covid 19-related issues.

Elyounoussi and Ajer were on alert following their Norwegian team-mate Omar Elabdellaoui’s testing positive for the virus which prevented the entire squad travelling for a UEFA Nations League clash with Romania.

Late last night, the champions released a short statement confirming the pair will not have to go into quarantine and would be available for the match against Jack Ross’ side, as CQN suggested on Monday..

The Tweet read: “#CelticFC can confirm that following recent speculation both Moi Elyounoussi and Kris Ajer are able to continue training with the squad and taking part in matches.”

The pair were not identified as close contacts of the defender and they returned three negative test results before heading back to Glasgow.