Celtic Quick News on News Now
You are at:Home»Latest News»CONFIRMED: KYOGO, O’RILEY IN – GIAKOUMAKIS, ROGIC ON BENCH
By CQN Magazine on 1st May 2022 Latest News

KYOGO FURUHASHI has been given the nod by Ange Postecoglou to lead the Celtic attack as the Hoops aim to go nine points ahead with three games to play.

The Japanese striker, who scored his 17th goal of the campaign in his first start of 2022 in the 2-0 win over Ross County in Dingwall last week, is in ahead of Greek powerhouse Giorgos Giakoumakis who takes his place on the substitutes’ bench. 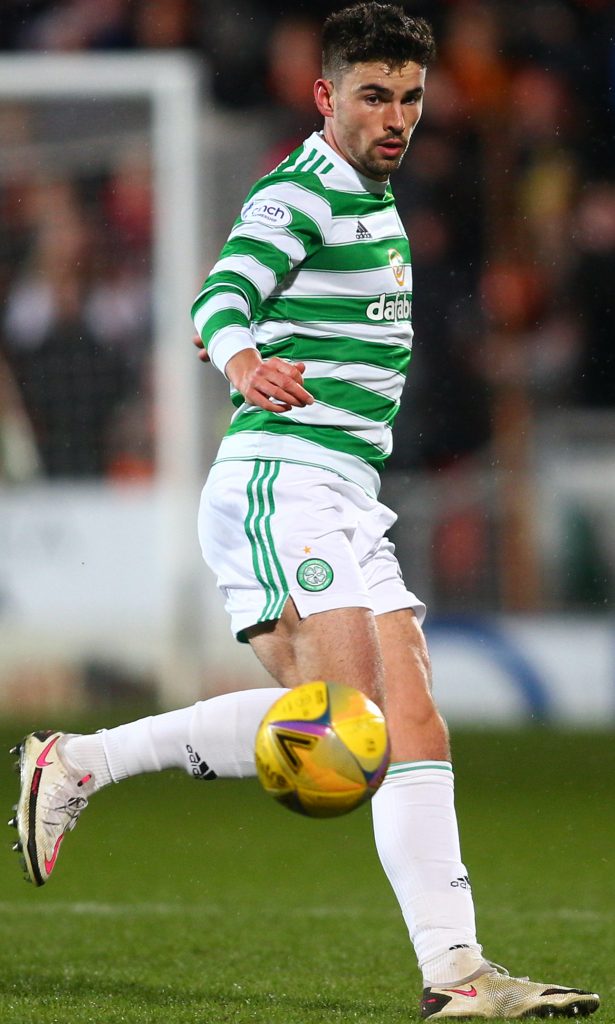 IN CONTROL…Matt O’Riley performs in his midfield beat.

Postecoglou has gone with the starting eleven against Malky Mackay’s side with Liel Abada also on the bench with Filipe Jota and Daizen Maeda completing the front three.

The Hoops have won the previous two league meetings between the city rivals with a 3-0 romp at the start of February and a 2-1 victory in Govan last month.

Hearts are next up at Parkhead on Saturday, followed by Dundee United at Tannadice in the following midweek and the curtain comes down when Motherwell visit on May 14.