Celtic Quick News on News Now
You are at:Home»Latest News»CONFIRMED: KYOGO OUT FOR ‘THREE OR FOUR WEEKS’
By CQN Magazine on 10th September 2021 Latest News

ANGE POSTECOGLOU has confirmed Celtic will be without Kyogo Furuhashi for “three or four weeks”, as CQN reported earlier today.

The fans’ favourite limped off with a knee problem five minutes after the interval in Japan’s 1-0 World Cup qualifying win over China on Tuesday night.

Kyogo has made an instant impact at the Hoops following his £4.6million arrival in late July and has netted seven goals in eight starts, including a hat-trick in the 6-0 victory over Dundee.

As Postecoglou prepares for the visit of Ross County tomorrow afternoon, the Hoops boss told the Daily Record: “He picked up an injury playing with the national team.

“We have him back and initial assessment, we are looking at three to four weeks at this stage. He’s optimistic about working hard to get back. 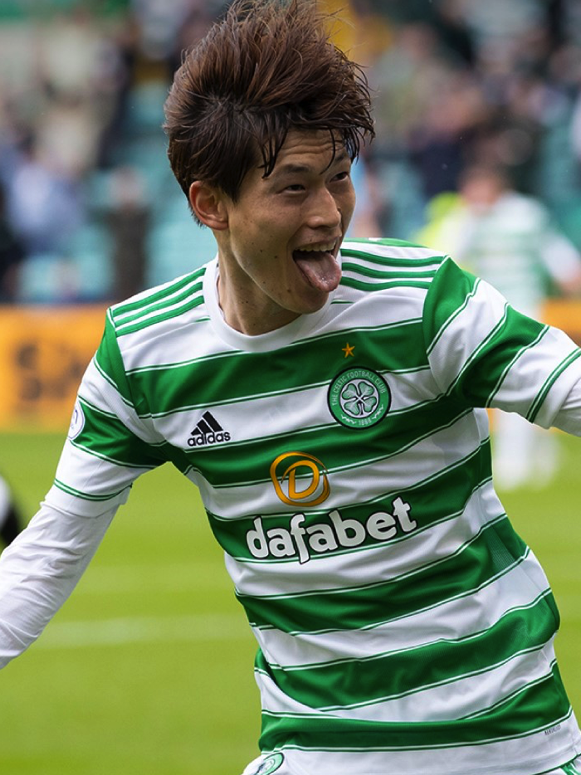 ALL SMILES…but Kyogo Furuhashi now faces a spell on the sidelines.

“We obviously wanted to keep it going and obviously help us as well but we understand it is part of football and these things will happen and we just have to get on with it.”

As well as sitting out tomorrow’s match against the Dingwall side, the pacy frontman could miss three other Premiership encounters against Livingston, Dundee United and Aberdeen.

He will be on the sidelines for the Europa League opener against Real Betis in Seville on Thursday and the home confrontation against Bayer Levekusen in Glasgow a fortnight later.

Kyogo will also be missing from the League Cup quarter-final agsinst Raith Rovers at Parkhead in between the Euro ties.