MOHAMED ELYOUNOUSSI could return for Celtic as they continue their push for precious Premiership points against Motherwell at Fir Park tonight.

The on-loan Southampton left-sided raider has played only 45 minutes since sustaining a foot injury while on international duty with Norway in November.

The Morocco-born star was withdrawn at the interval in the 1-0 Betfred League Cup Final triumph over Steven Gerrard’s Ibrox outfit at Hampden on December 8 – after failing to make an impact.

Elyounoussi has proved he is now getting back up to speed and Neil Lennon has included him in his provisional squad for the confrontation against Stephen Robinson’s side at the venue where they won 5-2 in the second game of the league marathon in August. 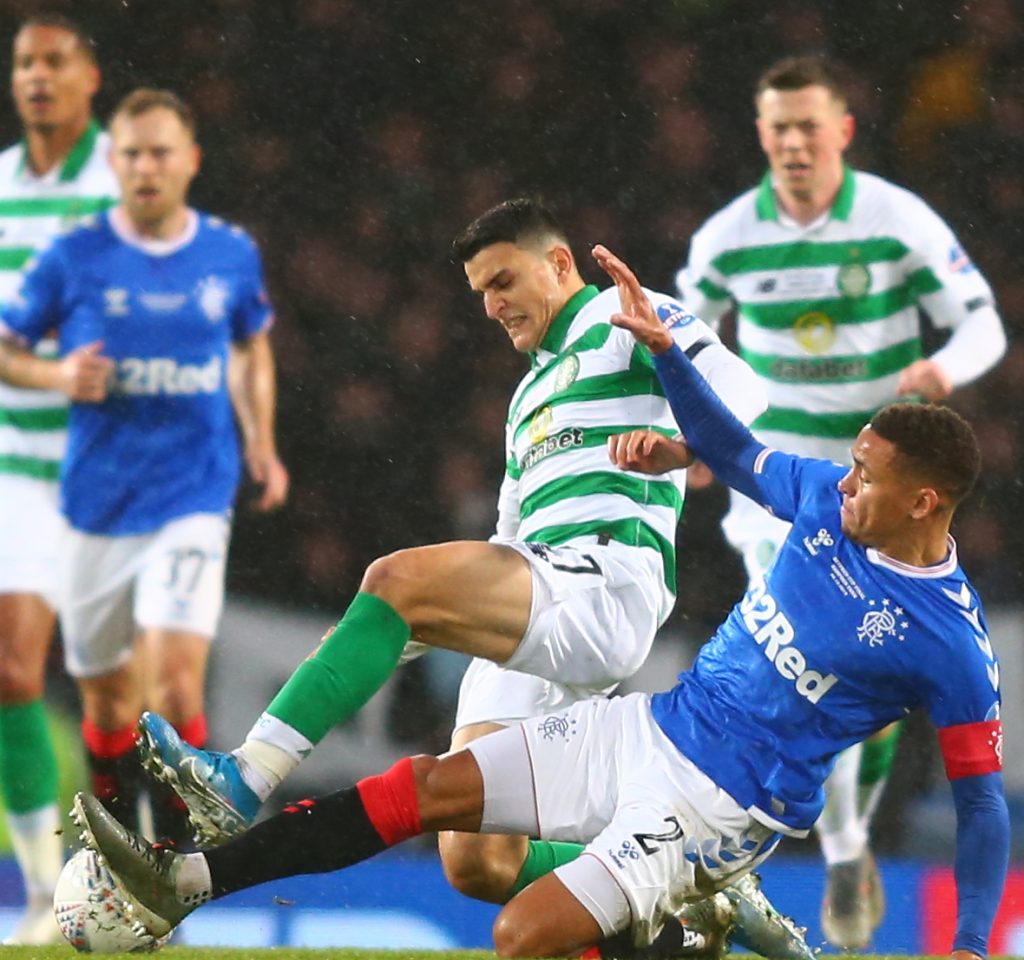 THE FINAL SAY…Mohamed Elyounoussi in action against James Tavernier at Hampden in December.

Jozo Simunovic, who sat out Sunday’s 4-1 victory over Hamilton on their treacherous artificial surface with new Bhoy Stephen Welsh taking his first-team bow, is also in contention.

Missing, though, will be versatile Jonny Hayes who sustained a hamstring injury during his substitute stint at Accies.

The Repubic of Ireland international is joined on the sidelines by the crocked Jeremie Frimpong, Hatem Abd Elhamed, Nir Bitton and Mikey Johnston.

* DON’T miss the unbeatable match report and best action images from Motherwell v Celtic – only in your champion CQN.