LUCA CONNELL has said his final farewell to Celtic after the club decided not to take up the final year option on his contract.

The 21-year-old midfielder has spent the last two seasons on loan at Queen’s Park after joining the Hoops in a £350,000 switch from Bolton in the summer of 2019.

Connell caught the eye of Neil Lennon when the Northern Irishman was in charge of the financially-stricken Lancashire club and a deal was struck to take the youngster to Parkhead.

However, as the playmaker acknowledged in his thanks to the club and the fans, it didn’t go as expected at the Hoops as he failed to make a solitary competitive appearance. 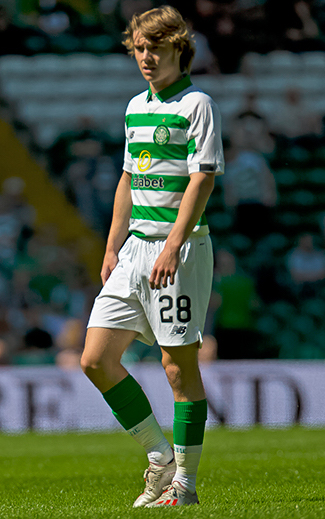 RARE SIGHTING…Luca Connell during a friendly fixture after joining from Bolton in June 2019.

The Republic of Ireland Under-21 star wrote on Instagram: “The last 3 years didn’t go exactly as planned football wise but one thing is for sure it has certainly matured me on and off the pitch.

“This is the end of a chapter for me, I would just like to thank all the staff, players, friends and especially fans who helped me out during my time in Glasgow. Thank you for making me feel so welcome, and thank you for all the continuous love.

“Glasgow will always be in my heart.”

Connell now has offers to consider on both sides of the border and it remains to be seen if Hampden gaffer Owen Coyle will make a move to make his stay at the second-tier side a permanent one.