The match official, with a history of upsetting Celtic supporters, will relocate across the border to work with the English FA.

An SFA statement read: “Category One referee Bobby Madden has announced his resignation from the Scottish FA after nearly 20 years as a match official in Scotland.

“The experienced referee will be relocating to England for professional reasons and will continue officiating under the auspices of the FA. 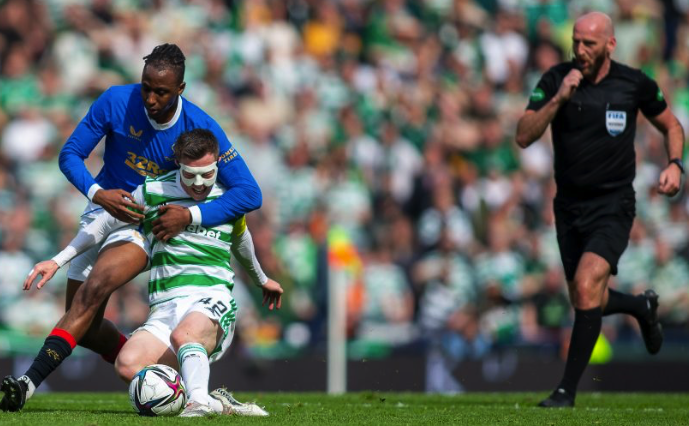 WATCHING BRIEF…referee Bobby Madden gets a close-up view of a Joe Aribo “challenge” on Callum McGregor in the Scottish Cup semi-final clash at Hampden in April.

“Bobby became a FIFA referee in 2010 and has taken charge of Scottish Cup and League Cup finals across a career which has seen him appointed to more than 1,000 matches in Scotland.”

Madden said: “I would like to thank the Scottish FA for their support over the years – from my first match as a young referee to various derby matches and international appointments.

“It’s been some journey in that time, from Scottish Cup finals to refereeing and training during a pandemic, but the time is right for me for a number of reasons to relocate and as a result I’m grateful for the opportunity with the FA.”

It’s not clear at the moment exactly what Madden’s role with the FA will encompass.

He was in charge of the Scottish Cup semi-final in April when Celtic lost 2-1 to Giovanni van Bronckhorst’s Ibrox side in extra-time. 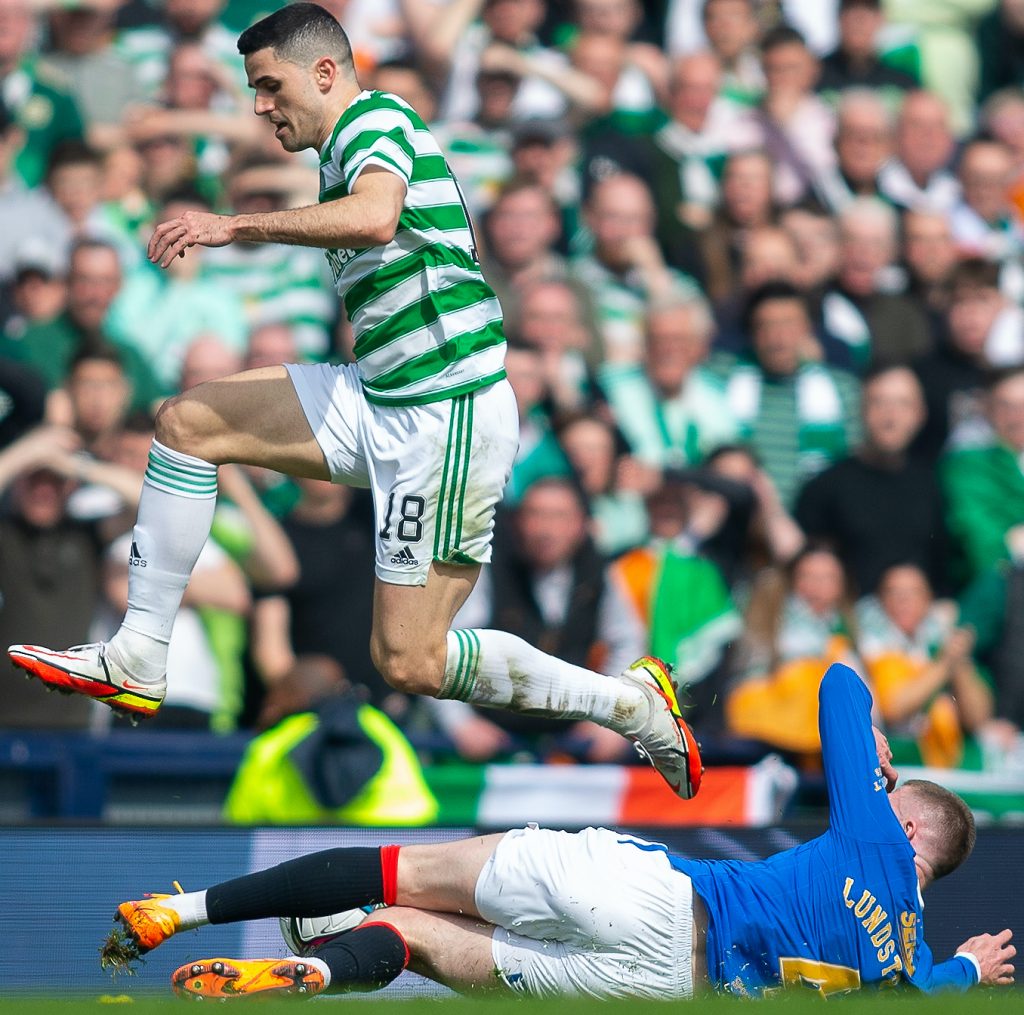 UP, UP AND AWAY…Tom Rogic skips over a sliding challenge from John Lundstram.

There were a few mystifying decisions, one of the main ones being his apparent refusal to take action against midfielder John Lundstram who made some clattering assaults on Hoops opponents.

The Englishman was involved in five hefty tackles with at least three looking worthy of a card.

However, he escaped without even a word of warning from the match official.

One-time Hoops striker Chris Sutton took to Twitter to say: “Celtic were poor but Bobby Madden turned in one of the worst refereeing performances I’ve seen in Scotland for a long time… and that’s saying something!!!”

The referee’s comments after the performance were examined by CQN as we reported at the time.