FORMER Celtic fans’ favourite Peter Latchford reckons Craig Gordon will be a man on a mission when he plays for Hearts against Celtic in the Scottish Cup Final on December 20.

The goalkeeper left the champions in the summer after six years at the club to rejoin the Tynecastle outfit in the Championship.

Gordon, who will celebrate his 38th birthday on Hogmanay, was the Edinburgh team’s inspiration in their 2-1 extra-time triumph over city rivals Hibs in their last-four encounter at Hampden 24 hours before his old club overcame Aberdeen 2-0 to set up a pre-Christmas cracker.

The towering shotstopper, who will get a shock call-up to Steve Clarke’s Scotland international squad today for the Europa Play-Off Final in Serbia a week on Thursday, was understudy to Fraser Forster for most of last season and it looked as though the one-time England stopper would accept another loan deal from Southampton for the bid for the historic 10 in a row..

Gordon left while negotiations were still ongoing with the skyscraper netminder. The shotstopper, however, elected to remain as No.2 at the south coast outfit and Neil Lennon faced a race to find a replacement.

Vasilis Barkas arrived in a £4.5million switch from AEK Athens, but the Greek international has failed to impress and Scott Bain, who was third in the Hoops’ pecking order last term, is now the man in charge of the gloves after playing in the last three games. 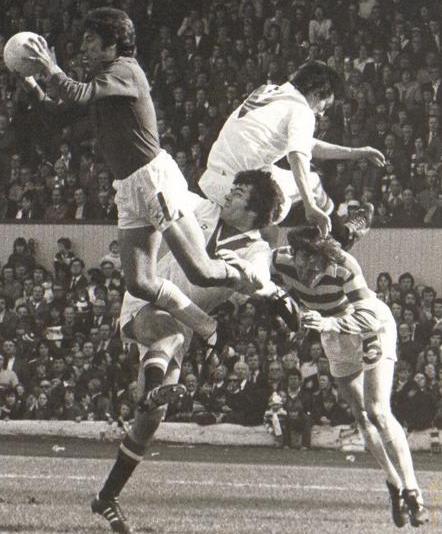 UP FOR THE CUP…Peter Latchford holds a high ball with Billy McNeill in attendance during the 3-1 Scottish Cup Final win over Airdrie in 1975.

Goalkeeping coach Latchford made almost 300 Celtic appearances in 12 years at Parkhead and coached Gordon when he broke into the Hearts top team in his first spell at the club under Craig Levein.

The 68-year-old former England Under-23 international who was signed by Jock Stein from West Brom in 1975, hopes the Parkhead side’s decision to allow Gordon to leave does not come back to haunt them next month.

Latchford, speaking to the Daily Record, said: “Craig will be determined to prove Celtic wrong. Clubs let players go when maybe they shouldn’t and it comes back to bite them on the bum.

“It won’t stop him being an outstanding goalkeeper. He won’t go out and say: ‘Ah well, it’s Celtic, I think I’ll let a few in today’. Not in a month of Sundays.

“He will do everything in his power and use everything in his locker to try to keep them out to win for Hearts. It’s a twist of fate they’re playing Celtic, but football throws up scenarios like this all the time.

“If the contract negotiations had been more favourable, he could have been in the Celtic end because there’s no doubt he’d have been No.1 and stayed No.1.

“He’s a vastly experienced  goalkeeper, but fate has it he’ll be at the other end and he could be the guy who ends this incredible trophy run for Celtic. It’s sod’s law.

“Celtic made their decision and once you do that you stick with it. It doesn’t matter that he’s almost 38 because as long as he’s fit he could play until he’s over 40. But we’ll only really know after the Cup Final if Celtic were wrong in their decision.

“If Celtic win, nobody will mention it, but if Hearts do it, everyone will point the finger and say: ‘You should have kept Craig Gordon’.

“Either way, he’ll do a great job for Hearts. Robbie Neilson and him are old friends, so there’s no doubt he pulled out all the stops to get him and it’s a great acquisition.”

Latchford won three Scottish Cups with the Hoops and two league titles and later coached the youth keepers.
After leaving Parkhead, he had a spell at Clyde before moving to The States before the call came from Hearts for the role that would see him meet Gordon for the first time. 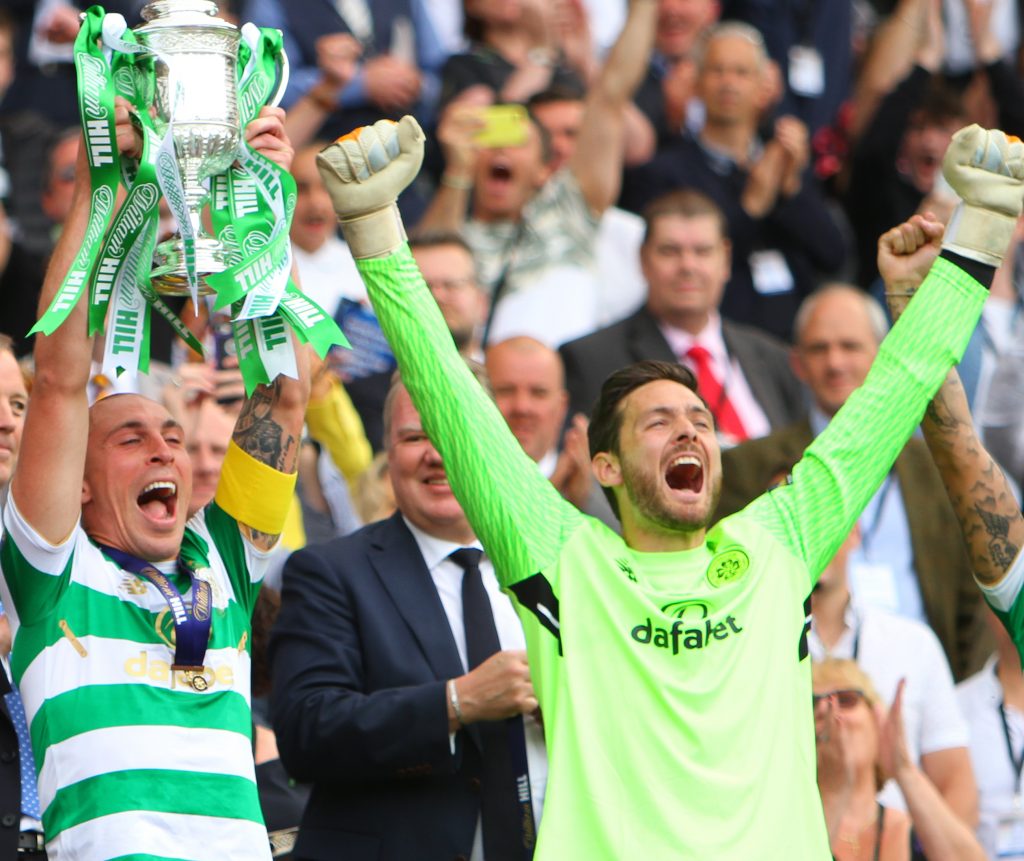 He added: “Jim Stewart left Hearts to join Jim Jefferies at Kilmarnock and he put my name forward to Craig Levein and Peter Houston. I was in America and got a call on the Friday and was asked if I could start on the Monday.

“I flew over that weekend and Jim Stewart introduced me to everyone. I always remember he said: ‘Have a look at this young lad Craig Gordon in the youth team and tell me what you think’.

“After a week, he phoned me up to get my thoughts. I said: ‘Jim, if that lad doesn’t become a full international and a top goalkeeper, I’ll eat my smelly gloves’

“He was that good and Jim agreed. Look what has happened to him since.

“I worked with him constantly for almost four years until George Burley came in and brought in his own goalkeeping coach.

“But Craig had everything. He was such a big, athletic lad. He was so brave and he wanted to learn and work. It didn’t matter what stupid things I threw at him and asked him to do – he would do it.

“He had one goal in life and that was to be a top-class goalkeeper.”

Gordon became the most expensive goalkeeper in UK history when Roy Keane paid £9million to take him to Sunderland in 2007, but, a knee problem and a broken arm saw him struggle on Wearside and ex-Hoops boss Martin O’Neill allowed him to move on at the end of his contract five years later.

He made a remarkable return at Celtic in 2014 after being out of action for two years and written off by many. and went on to win five league titles, two Scottish Cups and five League Cups.

Gordon also picked up a Scottish Cup badge while at Hearts in 2006.

Scott Brown and Co will be determined to make sure their old mate doesn’t add to his silverware collection on December 20.