CONOR HAZARD knows he will never forget his “crazy day” at Hampden when he won a Scottish Cup medal – after only three competitive appearances for Celtic.

The rookie keeper was given the nod to face Lille in the final game of a wretched Europa League Group H campaign 11 days ago as Neil Lennon searched for a solution to his No.1 problem with neither Greek international Vasilis Barkas nor Scott Bain looking convincing since the start of the season.

Hazard performed well in the 3-2 win over the French aces and kept his place for the 2-0 success over Kilmarnock in the Premiership just a week before yesterday’s grand finale with Hearts.

Lennon kept faith with his fellow-countryman and the 22-year-old netminder started against the Edinburgh outfit with Barkas, a £4.5million arrival from AEL Athens in the summer, on the substitutes’ bench.

Hazard catapulted himself into Celtic folklore with two stunning penalty saves in the spot-kick shoot-out as the holders edged it 4-3 following a 3-3 extra-time stalemate.

The skyscraper shotstopper held his nerve after his former goalkeeping team-mate Craig Gordon had defied Ryan Christie with a sprawling save to put the Tynecastle side within two kicks of the silverware.

The Northern Ireland shotstopper saved in succession from Stephen Kinglsey and Craig Wighton while Kristoffer Ajer blasted in the deciding effort. 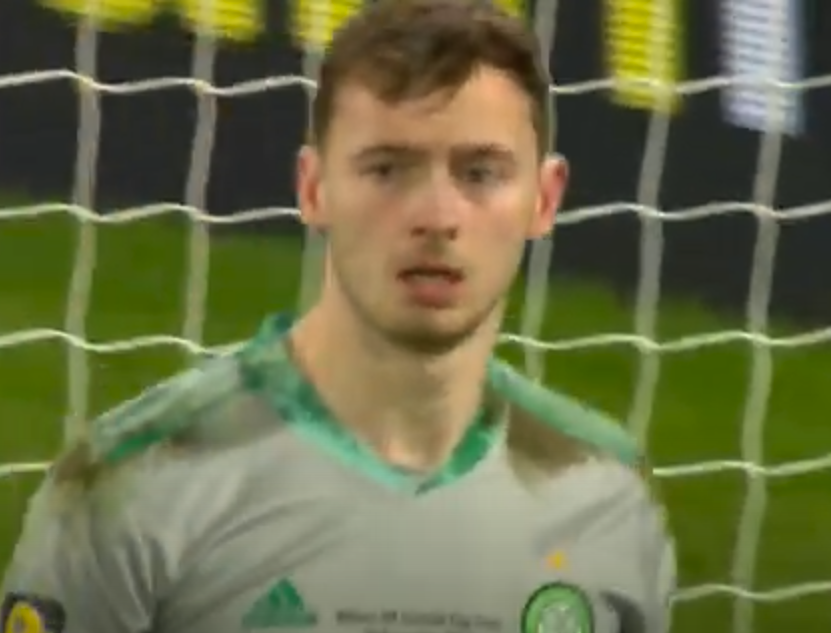 Afterward, a breathless Hazard, speaking to the Daily Record, said: “It is a crazy day for myself, my family back home and for the football club.

“Three weeks ago, I would never have pictured this today.

“I am just absolutely over the moon. I’ve been a Celtic fan my whole life and to get this opportunity, I’m delighted with it.

“To play for such a worldwide club, we know what the fans expect and how much they drive us towards winning, it is an honour to play for them.

“I want to fully focus on each match, playing week in, week out and, hopefully, it will come together.

“It’s a momentous day for me and my family.”

Hazard is likely to make his fourth consecutive appearance when Ross County visit Parkhead on Premiership business on Wednesday.