JOE HART celebrates his 35th birthday today as he looks ahead to playing his part in Celtic’s tenth championship success in 11 years.

The 75 times-capped England international keeper has made the Hoops No.1 position his own since agreeing a £1million three-year deal from Spurs on August 3.

After kicking off the season with Vasilis Barkas in goal for his first competitive game as Parkhead boss, Ange Postecoglou dropped the £4.5million Greek netminder following the 1-1 Champions League qualifying stalemate with FC Midtjylland and brought in Scott Bain for the second leg a week later in Denmark. 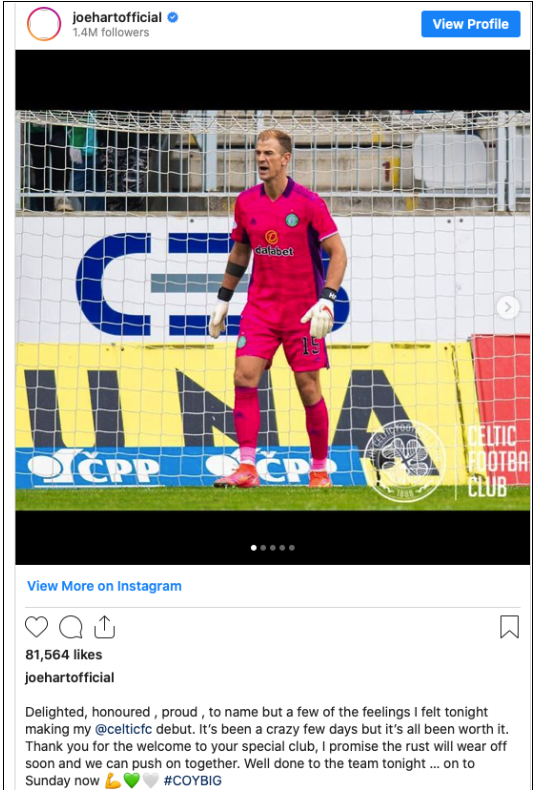 The ex-Scotland shotstopper conceded two in a 2-1 extra-time loss, but remained in position for the opening Premiership game of the campaign against Hearts at Tynecastle. Once again, he was invited to pick the ball out of the net twice as the visitors slumped to another 2-1 defeat.

That was enough for Postecoglou to step up his efforts to solve the team’s No.1 problem position which had haunted them the previous term.

Hart was signed at the start of August and made a quickfire debut in the Europa League qualifier against FK Jablonec in the Czech Republic. Kyogo Furuhashi scored his first goal for the club as he kick-started the Hoops’ revival with a 4-2 victory. 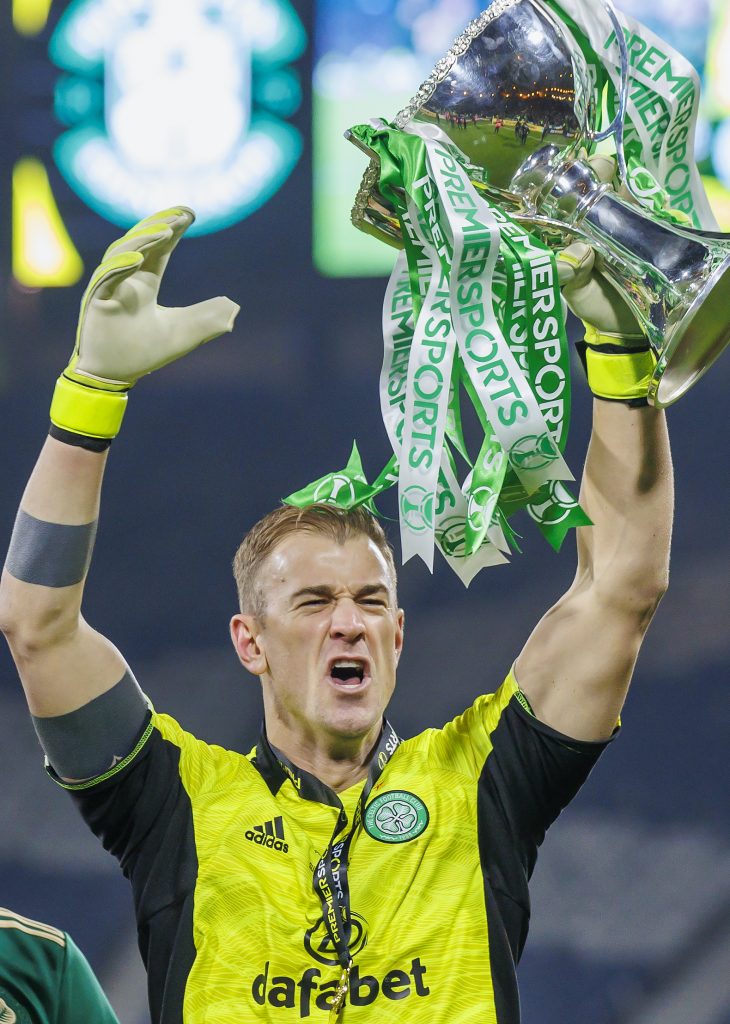 Afterwards, posting on Instagram, the new keeper promised Celtic fans: “Delighted, honoured, proud, to name but a few of the feelings I felt tonight making my @celticfc debut.

“It’s been a crazy few days but it’s all been worth it.

“Thank you for the welcome to your special club, I promise the rust will wear off soon and we can push on together.”

The towering netminder has been as good as his word with some solid, consistent and confidence-inspiring performances since that August 5 evening in the Czech Republic. 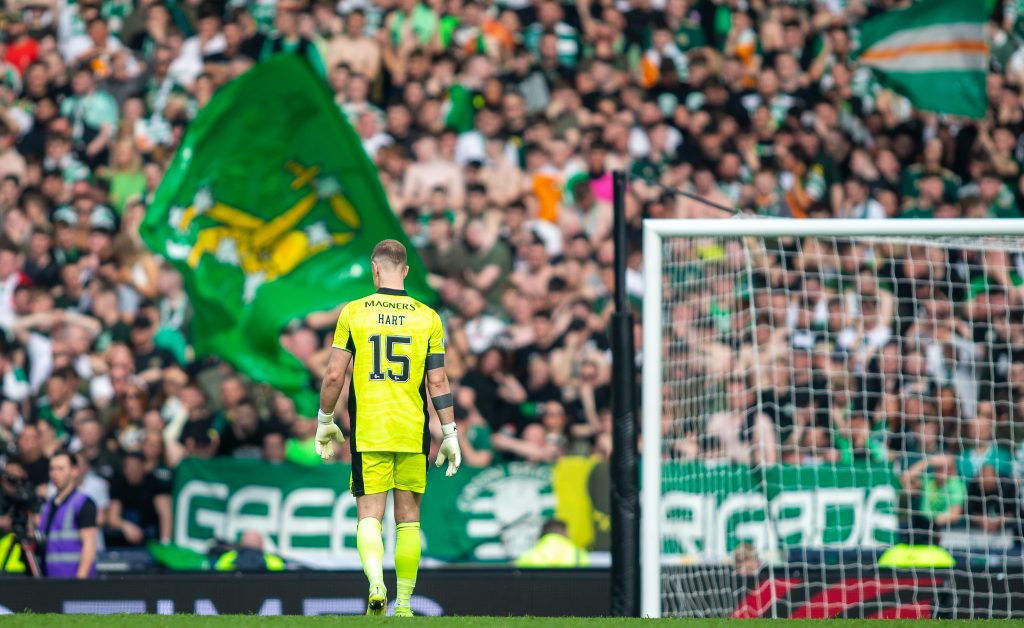 FANS’ FAVOURITE…Joe Hart patrols his 18-yard box with the Celtic support right behind him.

Hart is now looking to enjoy his 51st Hoops appearance on Sunday in the 2.30pm kick-off against Ross County in Dingwall as Postecoglou’s men continue to the countdown towards the crown.

The popular custodian, who won a Premier Sports League Cup medal in the 2-1 win over Hibs in December, has played a crucial role in guiding Celtic to a six-point advantage with five matches to play.

It looks like Joe will have a lot to celebrate on AND off the field over the next few weeks.

CQN and our army of readers would like to say: “Happy birthday, Joe Hart!”