Celtic Quick News on News Now
You are at:Home»Latest News»‘CRAZY’ IN PARADISE FOR WEAH
By CQN Magazine on 20th January 2019 Latest News

And the on-loan Paris Saint-Germain teenager labelled the Parkhead atmosphere as “CRAZY” and “INSANE”!

The American international, who has agreed a six-month switch from the French giants, came off the substitutes’ bench in the 69th minute for Scott Sinclair, who had claimed the previous goals to point the holders towards today’s draw.

Weah timed his run to perfection to receive a pass from Dedryck Boyata and neatly slipped the ball beyond the League One’s heroic keeper David Hutton.

The 18-year-old attacker raced to lap up the cheers  of the 29,941 crowd – and the exciting talent admitted he can’t wait to sample the atmosphere at a packed Parkhead.

He said: “It’s probably the best experience I have had, playing in front of those Celtic fans. When I scored, it was like something out of a dream. If this is just the minimum, that’s insane. I can’t imagine how it is when it’s full. It’s crazy.” 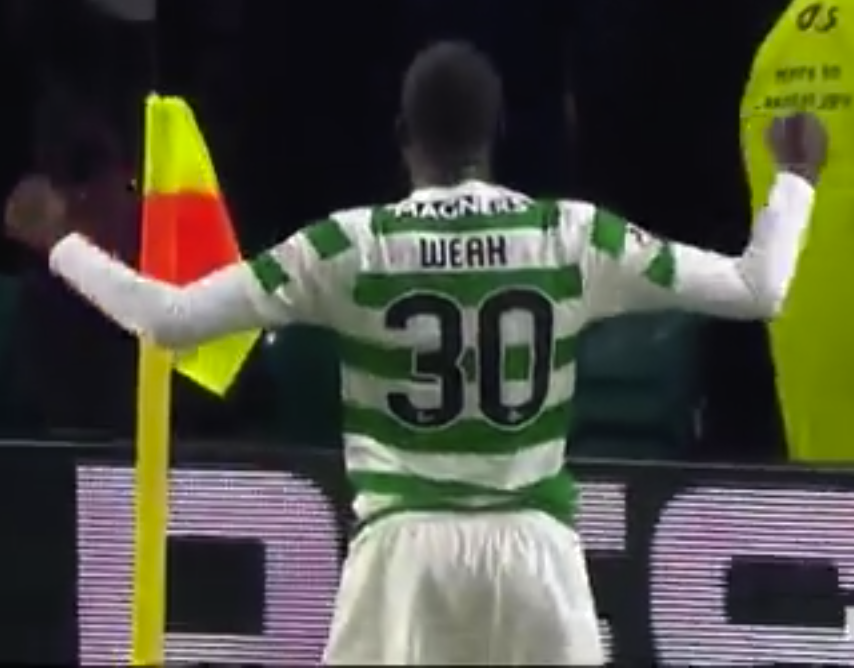 I’M IN PARADISE…Timothy Weah celebrates with the fans after his debut strike.

Weah could have the opportunity of being on from the start when the champions take on St Mirren in their Premiership encounter in the east end of Glasgow on Wednesday and the player revealed he is expecting his famous father George, a former World Player of the Year and Liberian President, to attend a match next month.

He said: “I think he should be coming in February, around my birthday. I can’t wait for him to experience this and see how crazy the fans are and savour the atmosphere when we get a goal.

“It would be good if he is here for the Valencia game, I know the atmosphere will be insane.

“I’ve had an amazing welcome. And you could see from my celebration that I already love the club.

“It takes away the pressure to get that goal on my debut, I have never done that before.”