MAN OF THE MATCH Matt O’Riley summed up his Celtic debut in one word: “Crazy!”

The 21-year-old midfielder was thrown in at the deep end at hostile Tynecastle last night only five days after completing his £1.5million switch from MK Dons.

O’Riley set up the second goal for Giorgos Giakoumakis to double the team’s advantage over Hearts following Reo Hatate’s earlier screamer that zipped beyond the grasp of ex-Hoops hero Craig Gordon.

The confrontation in the capital – where Ange Postecoglou had lost his first-ever Premiership outing back in July – was played at a hectic, frantic pace, but the former England youth international handled the situation well until he had to be forced off in the 86th minute with James McCarthy replacing him for the remaining 10 minutes, including stoppage time. 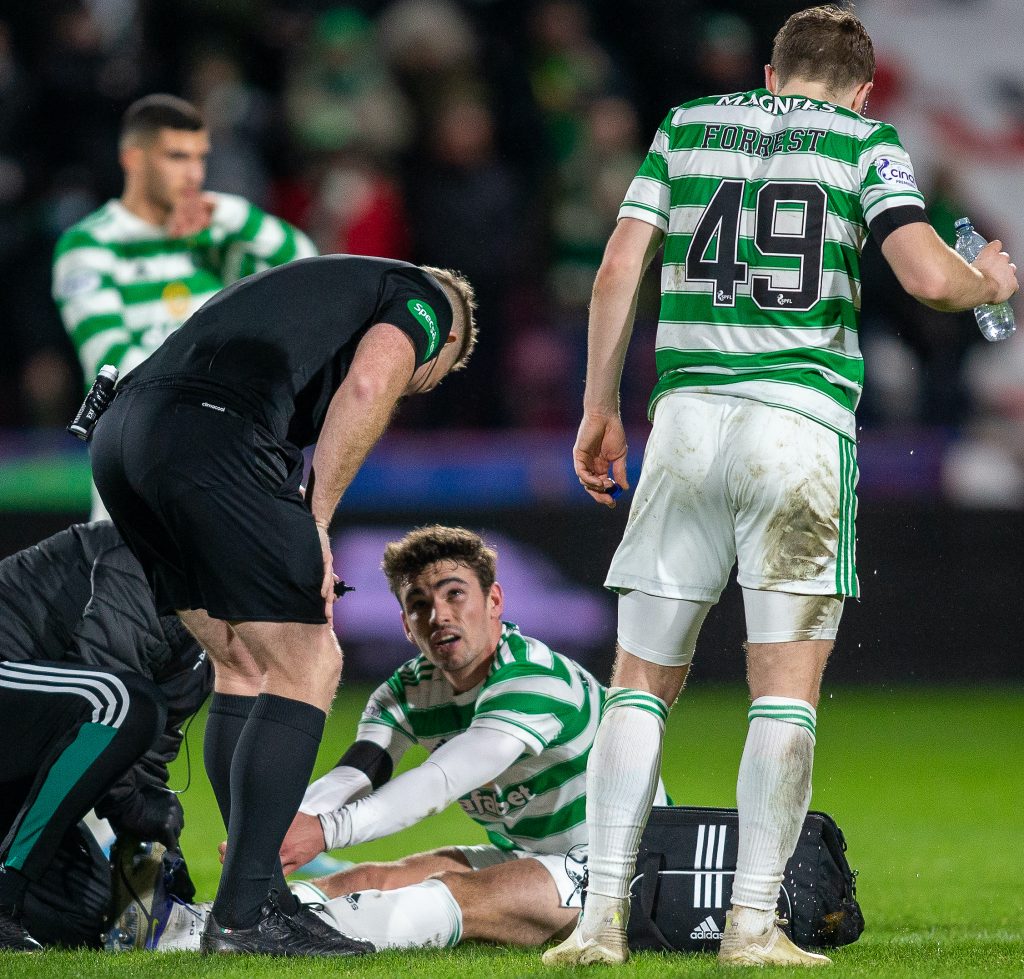 END GAME…Matt O’Riley in discussion with referee John Beaton before being forced off the Tynecastle pitch. Team-mates Liel Abada and James Forrest looks on.

The visitors held out for a 2-1 victory after an offside effort from Liam Boyce was allowed to stand by referee John Beaton and then the same Hearts player slammed a penalty-kick against the inside of Joe Hart’s right-hand upright in the 72nd minute.

At full-time, a breathless O’Riley gasped: “Crazy. You know, I’ve come from mainly in League One where you’ve got fans. But like this, this is…

“Honestly, I’m not used to it so definitely a good experience for myself in that sense, but I’m really happy to get the first game under my belt.

“Hopefully now I can push on really well.”

Reflecting on a crucial triumph that keeps the Hoops just four points off the pace, O’Riley, speaking to Sky Sports News, continued: “We didn’t control the game as well as we should have, to be honest. 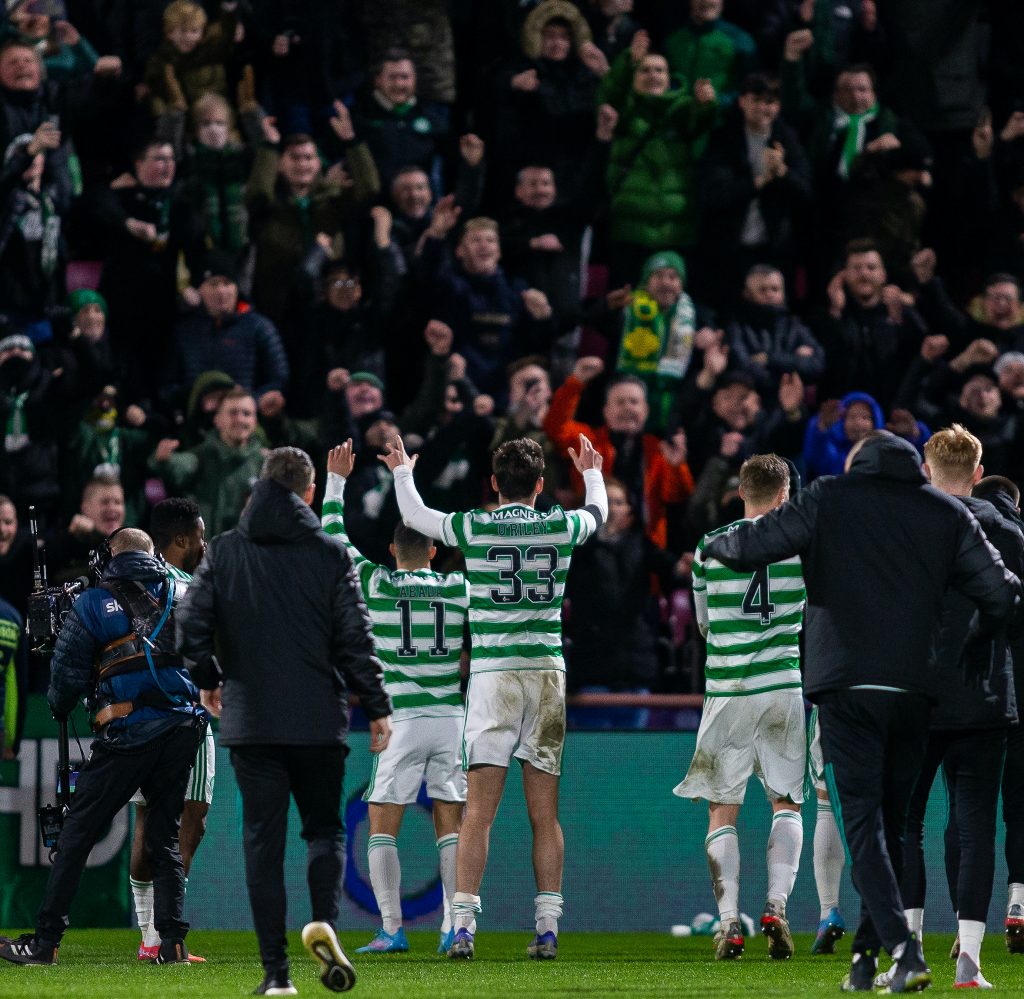 FAN-TASTIC…new Bhoy Matt O’Riley (No.33) celebrates with the visting Celtic fans after the vital 2-1 triumph.

“We let them get back into it with quite a sloppy goal. They should have scored another with the pen obviously, so in that sense I think we caused our own problems.

“But at the end of the day we still won the game, so that’s the main thing.”

Asked about having to go off near the end, O’Riley added: “I’m all right! I’m just getting used to it, I think.

“I hadn’t played a game in a couple weeks so I’m just now getting up to speed, but on the 80-minute mark my calf seemed to just seize up.

“It was a tough game, so it makes sense.”

O’Riley is now in line to take his Parkhead bow when Postecoglou’s men face Dundee United on Saturday.