SHELL-SHOCKED Jim Goodwin watched his St Mirren side blown away during a devastating second-half onslaught by Celtic in the 4-0 hammering in Paisley last night.

The Irishman saw his team overcome Neil Lennon’s faltering champions only 12 days ago to mark their first league victory at Parkhead since 1990.

His fellow-countryman admitted it was “one of the lowest points” of his second stint as Hoops manager as the visitors deservedly went home with all three points following a 2-1 win.

But there was a somersault in fortunes on this occasion with Celtic, who struggled to clinch a 2-1 success at the same venue in September, hitting the ground running and winning by four clears goals from Tom Rogic, Odsonne Edouard (pen), Ryan Christie and David Turnbull, the last three strikes coming in a whirlwind four-minute spell.

Goodwin offered no excuses and, speaking to the Daily Record, admitted: “There are lessons to be learned for sure. Of course, we’re disappointed to lose the game. The first-half we did okay, I don’t think there was much in it in the opening 45 minutes.

“The first goal is disappointing. Obviously, we know Tom Rogic favours his left foot and we didn’t do enough to put him onto his right and it’s a brilliant finish from him. 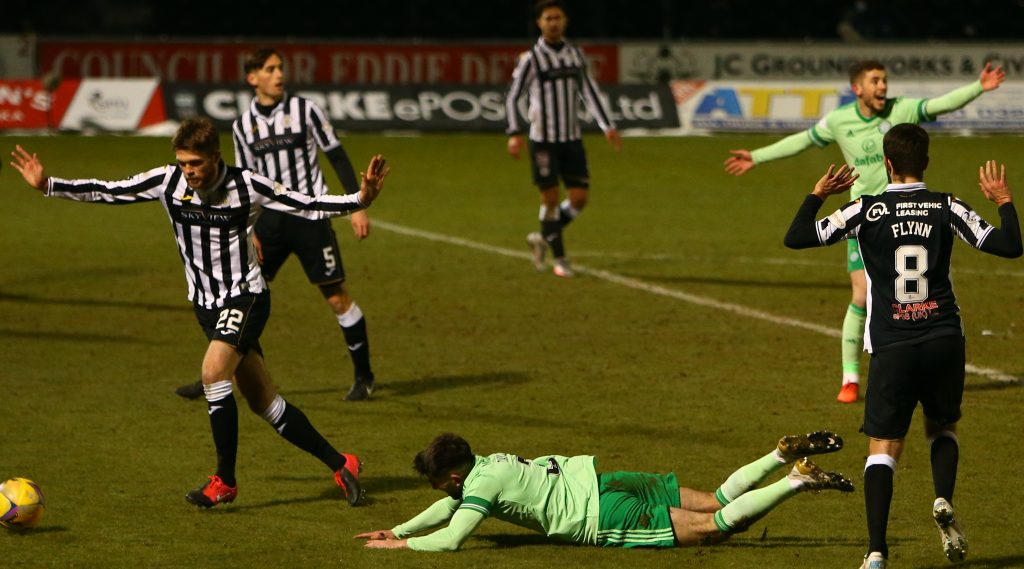 CRASH…Greg Taylor hits the turf after a challenge from Ryan Flynn that brought Celtic their penalty-kick. 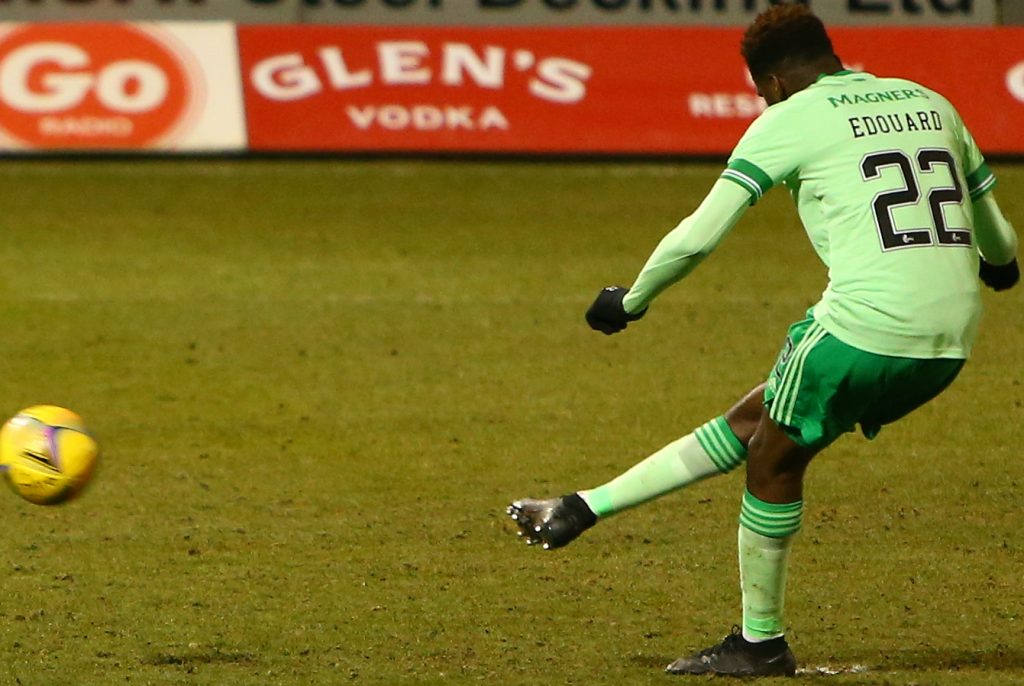 BANG…Odsonne Edouard thumps in the spot-kick award for the second goal.

“Their movement was a lot better and they caused us a lot of problems.

“That said, it was still only 1-0 up until about the 80th minute. Then we had a four or five minute spell where things started to crumble and now we’re standing on the back of a 4-0 defeat.”

Goodwin was not convinced about referee Don Robertson’s spot-kick award which saw Edouard, who missed one on his last match in Paisley, explode a right-foot drive beyond the startled Jak Alnwick.

The Paisley gaffer added: “I’ve watched the penalty back and we’ve had a number of incidents similar to that this season go against us.

“We played against Hibs and there was a slight bit of contact on Murphy.

“It’s the same on this occasion, there’s a slight touch on Taylor’s shoulder, but I don’t think it’s enough for his legs to just crumble beneath him.

“Unfortunately, that’s the way the game’s going. We’ve had our fair share of soft penalties go against us this season.”