NEIL LENNON has revealed a few of his Celtic players were bawl Bhoys in the Hampden dressing room after the dramatic 1-0 Betfred League Cup Final triumph.

The Hoops gaffer admitted some of his heroes broke down with emotion after Christopher Jullien had scored the only goal of the encounter against Steven Gerrard’s Ibrox outfit.

It was the champions’ TENTH successive domestic honour going into a fourth memorable campaign during their domination of Scottish football.

Lennon, speaking about his squad of serial winners, told Sky Sports: “When we do analyse it we may look at how the expectation was maybe big on them.

“Some of them were in tears after the game, with relief I think, more than anything else.”

It’s the first time the Irishman has won the League Cup as a manager following four league titles and three Scottish Cups and he said: “It’s a big monkey off my back, it’s been annoying me and eating away at me for a while. 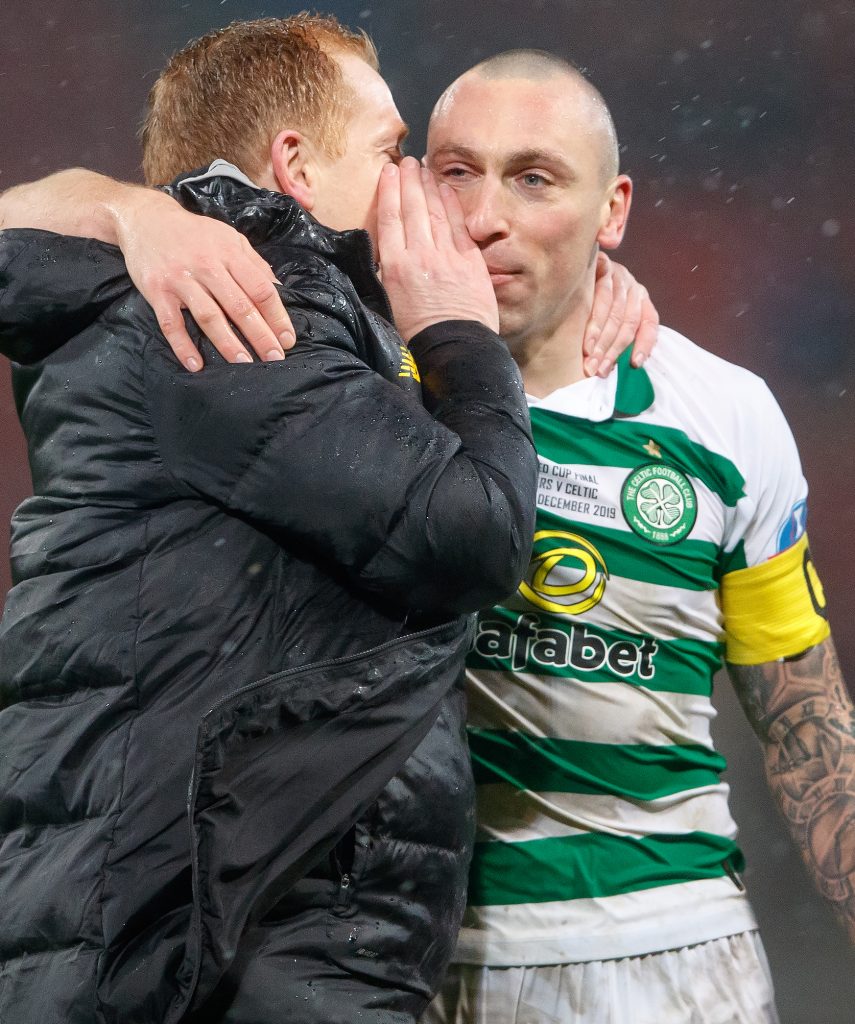 A WORD IN YOUR EAR…Neil Lennon has hush-hush talks with skipper Scott Brown.

“I’ve got all the trophies now, as a manager and as a player, so from a personal point of view, it was a very proud moment.

“What these players are doing is just incredible. That’s seven Cup Finals in a row and 14 semi-finals.

“I am so proud to be associated with it. It’s an incredible run of silverware and our fans, who were amazing at Hampden, should enjoy it because we may never see the like of this again.”

Lennon added: “I think you have to go through a bad performance and overcome it, which they did do, and come out the other side of it and I think psychologically, going forward, it will be huge for them.

“I said before the game, Cup Finals you have to take in isolation. Form goes out the window.

“We’ve done it, we’ve won it, however satisfactory the performance was or not, the important thing was to win it and now we move on.”