JEREMIE FRIMPONG was a virtual unknown when he arrived at Celtic from Manchester City on transfer deadline day.

Neil Lennon brought in three new Bhoys on September 2 and the main exposure went to Greg Taylor, the Scotland international left-back who arrived from Kilmarnock in a £2.25million deal.

Frimpong, who, at 18, had never featured in Pep Guardiola’s first team, joined on the same day along with Lee O’Connor, a 19-year-old versatile Republic of Ireland defender from Manchester United.

However, the Amsterdam-born right-back has exploded on the scene at the champions and is easily the team’s find of 2019 after his mesmerising first appearance in the 5-0 Betfred League Cup quarter-final win over Partick Thistle at Parkhead in September.

It’s history now that the player kept the No.2 position for the 5-2 semi-final victory over Hibs in November and won his first-ever medal a month later when he was chosen against Steven Gerrard’s Ibrox side. It’s not easy to keep Frimpong out of the headlines and he was red-carded only minutes after Christopher Jullien netted the only goal of the Hampden encounter on the hour mark. 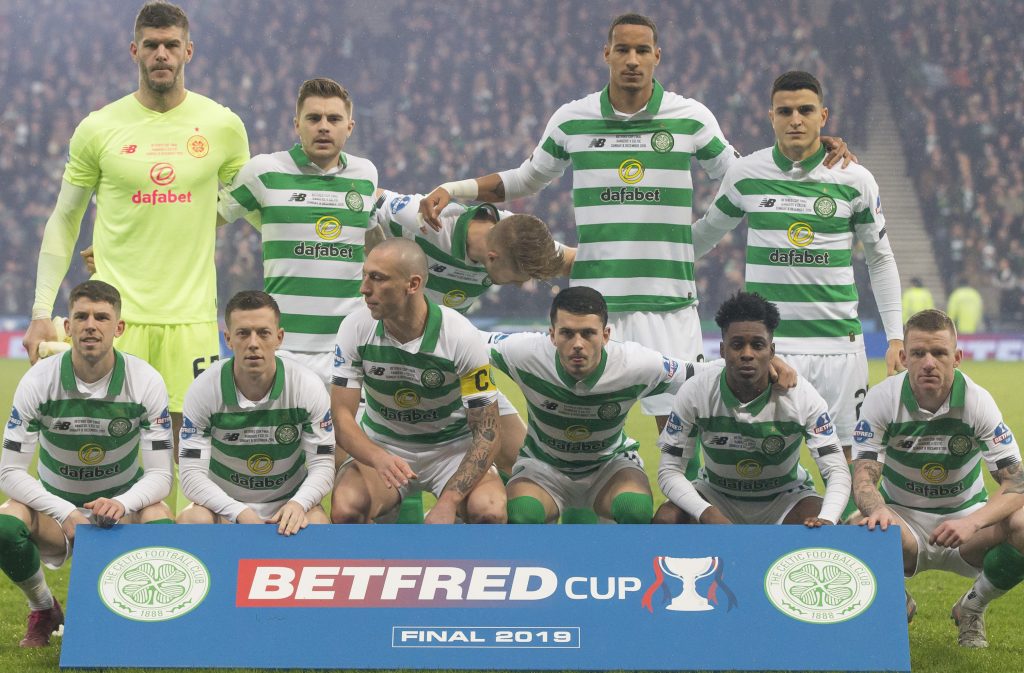 The Dutch Under-20 international was adjudged to have fouled Alfredo Morelos and was immediately dismissed by referee Willie Collum. Thankfully, the teenager’s big day wasn’t ruined thanks to s splendid save from Fraser Forster from the Colombian’s resultant penalty-kick.

The pacy defender danced with delight on the pitch with his team-mates afterwards following his meteoric rise from obscurity to Cup Final success in such a breathtakingly short space of time.

However, it hasn’t all been one way in the fledgling career of the popular Celtic Bhoy wonder.

Frimpong, honest and forthright, opened up when he told the Daily Record: “There were a few times I got down.

“When I was younger, when the City youth team were going to Holland or Germany for a tournament, I wouldn’t get picked. 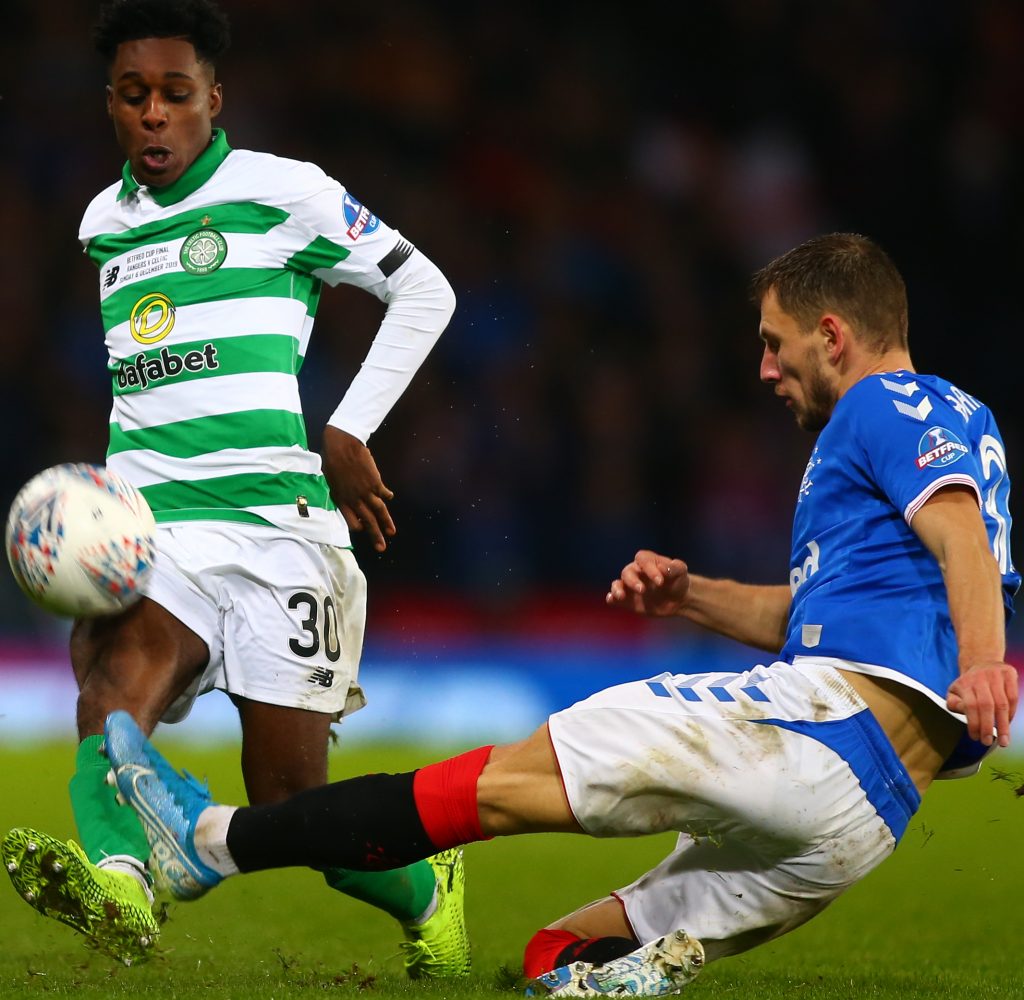 “I was playing Under-16s at City, but one time they made me play for the Under-15s. So, things like that were hard to deal with.

“There was another time I was crying after I wasn’t picked for a tournament.

“But I never doubted that I would make it. I’ve been doing this my whole life so I always believed.

“It’s fair to say that education was not for me – so it had to be football!

“I’ve got lots of brothers down in Manchester. My mum, brothers, my agent, every time I have a match, they come through.

“They’ve always believed in me. They always told me just to go and do it. They knew I could and that was exciting for me.

“Were they apprehensive about me moving to Celtic? Yeah, they were at first, but it was my choice.

“I knew it was best for me and they agreed with my decision.” 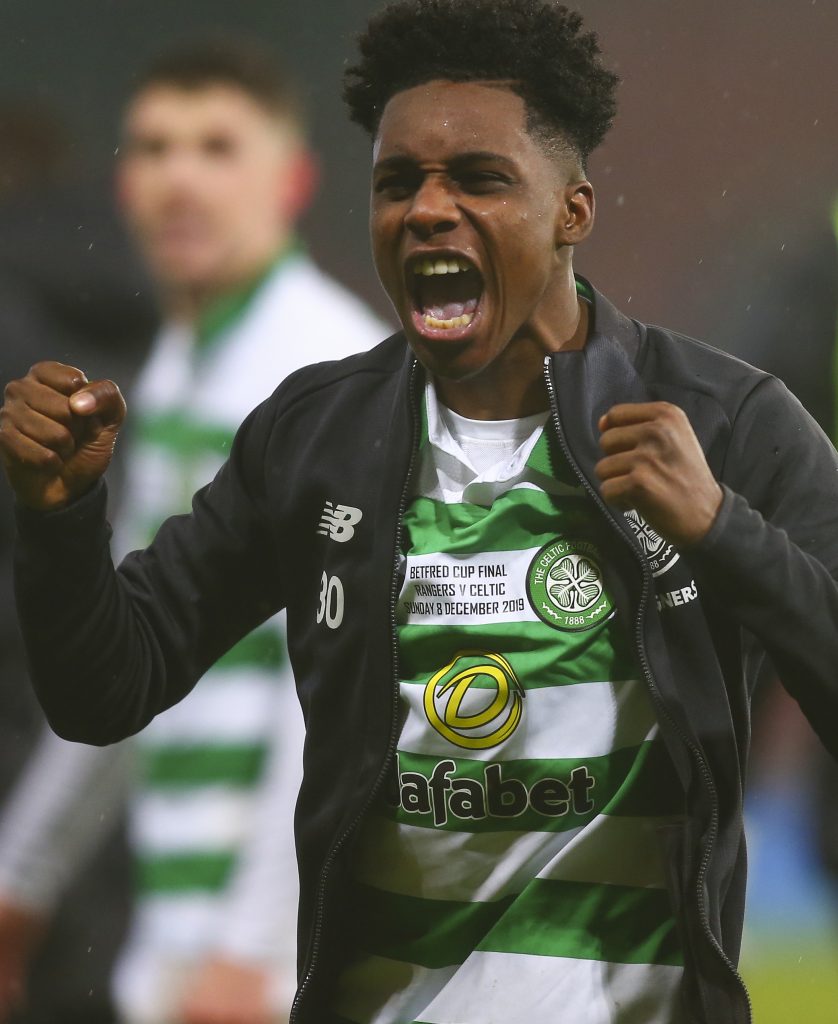 He will be added to the manager’s pool for their last-32 clash against FC Copenhagen in February and he added: “I can’t wait for that.

“I started off as a winger so my heroes were Depay – I used to like him a lot in Holland and looked up to him – and I always watched Robinho’s clips, as well.

“I want to play international football, too. I’ve played for the Dutch Under-20s, but, hopefully, I’ll get called up for the Under-21s – that would be great.”

Undoubtedly, there are a lot of great things – and many “Oh my days” – coming the way of the 5ft 4in pocket dynamo at club and country level in 2020.

The end of 2019 wasn’t so memorable for the effervescent teen ace, but you know he has the ability and strength of character to overcome the team’s loss of their domestic home record.

Let’s face it, Jeremie Frimpong is a racing cert.

* HAPPY New Year when it arrives, folks! The CQN team wishes all our readers a healthy and prosperous 2020. Have a good one and we’ll see you tomorrow!