CQN continues our look back at Celtic’s Scottish Cup successes over their Ibrox foes as we prepare for tomorrow afternoon’s semi-final encounter at Hampden.

Today, we look at a hard-fought 1-0 confrontation from March 7 2004 when Henrk Larsson swooped to conquer on the club’s way to ultimate victory in the Cup Final when the super Swede scored a double in the 3-1 triumph over Dunfermline.

The Hoops went into the tie against Alex McLeish’s side with a depleted line-up. Chris Sutton was crocked and failed a late fitness test leaving Larsson to go it alone in the middle of the attack. John Hartson and Shaun Maloney were also ruled out through injury. 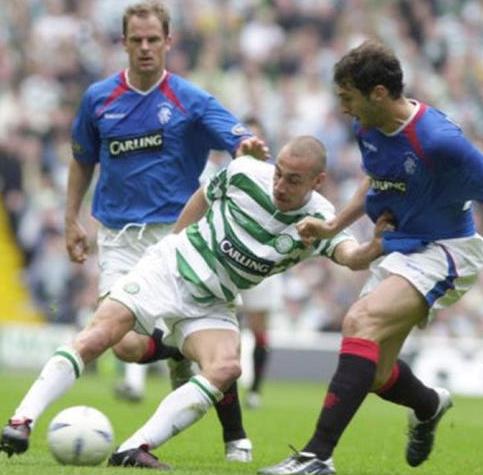 It was a towsy affair with Celtic the dominant force throughout which was emphasised by the fact their visitors had only one shot on target, a late attempt by Michael Ball which was comfortably held by Rab Douglas.

The only goal of the game arrived in the 53rd minute when a right-wing corner-kick from Alan Thompson dropped into the box for Bobo Balde to thump in a header that was bocked, the rebound fell to Stephen Pearson whose shot was diverted wide.

The ball zipped in the direction of the alert Larsson who swivelled to strike the winner low past the stranded Stefan Klos. 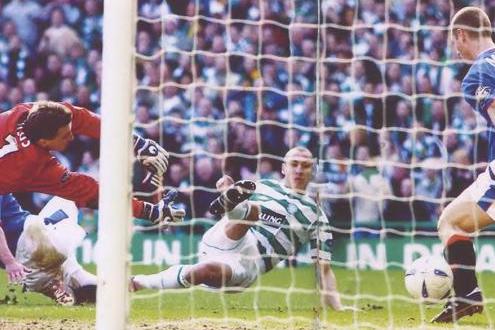 IN THE NET…Henrik Larsson sees his shot fly past the despairing Stefan Klos for the matchwinner. 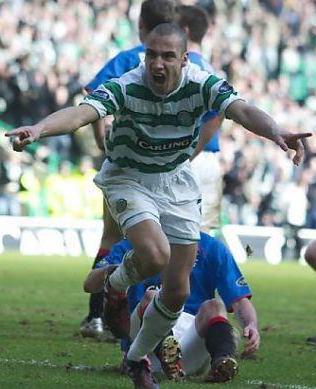 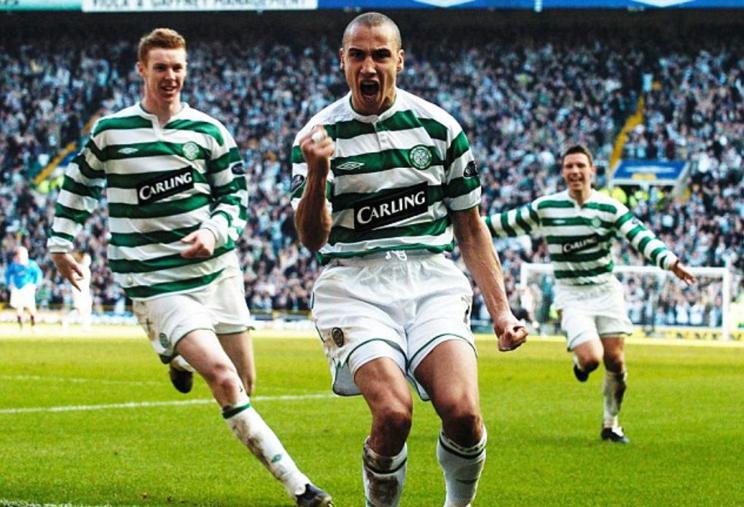 CUP THAT CHEERS…Henrik Larsson is about to be joined by Stephen Pearson and Alan Thompson after scoring the glory goal.

It was the 28th strike of a final memorable season for the fans’ favourite and it confirmed match No.73 at Parkhead without defeat for Celtic.

Stanislav Varga, substitute Craig Beattie, Thompson and, inevitably, Larsson had other chances during a largely one-sided affair, but the visitors’ goal led a charmed life.

Martin O’Neill observed: “We have a busy and tough schedule and I thought that showed even in the first-half of this match when we were a bit laboured after our midweek European tie in Teplice. But it was a very important win which I felt we deserved.”

Beaten McLeish said of Celtic: “Their team has been together effectively for three or four years and that shows. They are a powerful side.”