Celtic Quick News on News Now
You are at:Home»Football Matters»DALGLISH BACKS DEILA; STATS SUMMARY
By CQN Magazine on 12th April 2016 Football Matters
KENNY DALGLISH reckons Celtic boss Ronny Deila will be poised and ready for Sunday’s intrigiung Scottish Cup semi-final at Hampden against Sevco.
The Hoops moved closer to five titles in a row with their 2-1 weekend victory over Motherwell at Fir Park which put them eight points ahead of Aberdeen with five games to play.
The domestic double is now within their grasp, but there has still been pressure on the Norwegian due to his poor record in European competitions.
However, Parkhead legend Dalglish believes Deila will ease some of the burden by beating Mark Warburton’s Championship side in the High Noon shoot-out at the national stadium against the lower league club which was founded in 2012.
The former Hoops favourite, who scored 167 goals in 322 games for the club between 1969-1977, said: “I think it’s an important match for Ronny, but I’m sure he won’t underestimate it. He had his first taste of it last year so he knows what it’s about.”He understands Celtic, he’s been there for a couple of years and he knows what the club stands for and what this game means.” 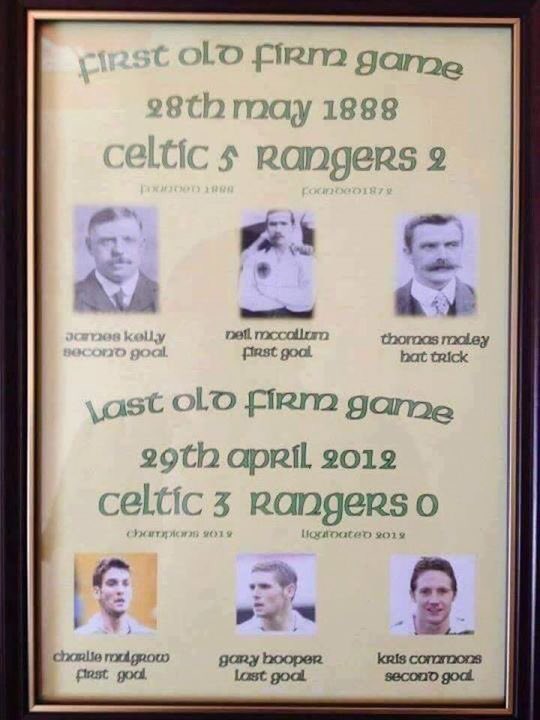 The semi-final confrontation will be only the second meeting between the sides since the Ibrox outfit were consigned to liquidation following their financial meltdown in 2012.

In the League Cup semi-final last season, Deila’s men coasted to a 2-0 triumph with two first-half goals from Leigh Griffiths and Kris Commons.

Remarkably, Celtic’s foes that February afternoon did not have a single shot on target throughout the 90 minutes of a one-sided affair.
Dalglish, who won four Scottish Cup winners’ medals at Parkhead, said: “The game last year was really a 2-0 drubbing for Rangers (sic).
“But they had a game against St Johnstone where they lost 3-1 and then they beat Dundee 4-0 in the Scottish Cup. Dundee drew with Celtic just a week ago, so you’ve got to give them a chance.
“It will be interesting to see how they react to playing Celtic, as they are the best team in the Premiership.”
Kenny Dalglish starred in many Celtic successes in the old Old Firm matches and is rightly regarded as a Celtic legend. Sunday’s match isn’t an Old Firm game as Rangers ‘ceased to be a football club’ after they went into liquidation in June 2012.
A new club was reformed from the ashes as founding father Charles Green picked up a bundle of assets. Rangers had finished runners up to Celtic in the league that season. Their demise meant that Dundee, the highest placed team in the second tier not to have won promotion, took their place.
Their was no demotion, as BBC journalist Tom English confirmed to CQN last week. He also confirmed that there was no relegation.
A new club started life in the fourth tier, it was as simple as that.
For those pining for the Old Firm the graphic above tells you how it started and also the way it ended.