Celtic Quick News on News Now
You are at:Home»Latest News»DALLAS IN CHARGE OF CELTIC FINAL
By CQN Magazine on 27th November 2018 Latest News

ANDREW DALLAS will be in charge of Celtic’s Betfred League Cup Final encounter against Aberdeen at Hampden on Sunday.

It will be the first major Cup Final for the 35-year-old referee who will be assisted by Graeme Stewart and Frank Connor with Nick Walsh taking over the duties of the fourth official. 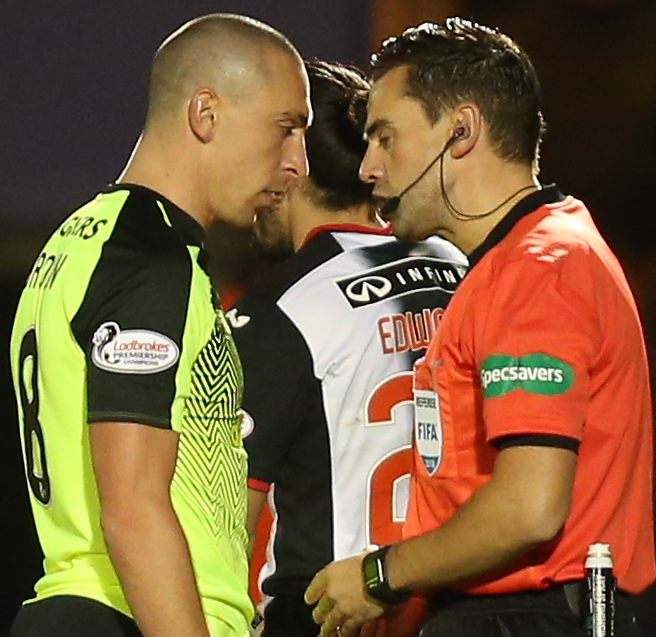 A WORD IN YOUR EAR…Scott Brown gets a talking-to from ref Andrew Dallas. Pic: Geo.

He red-carded Hoops midfielder Oliver Ntcham in the 37th minute after the French ace picked up his second booking following challenges on Ryan Edwards and Paul McGinn.

Parkhead gaffer Rodgers was far from impressed and admitted afterwards Dallas and his assistants did not have “one of their better games”, as reported by CQN.

Dallas was also the man in the middle when the Dons drew 1-1 with Hibs at Easter Road in August.