Celtic Quick News on News Now
You are at:Home»Latest News»DEADLINE NEWS: ‘MY HEART IS NOW AT CELTIC,’ INSISTS LAXALT; HISTORY BHOY ON THE MOVE
By CQN Magazine on 5th October 2020 Latest News

NEW Bhoy Diego Laxalt is delighted to sign a season-long deal with Celtic – and meet up again with Olivier Ntcham.

The 27-year-old Uruguayan international left-back has arrived to solve the Hoops problem in the No.3 position and can’t wait to get started.

The experienced defender, who has been capped 24 times by his country, is excited about “building up memories” at the champions in their bid for the historic tenth successive title.

Plus he will team up again with Ntcham after both had a spell at Italian outfit Genoa before the French midfielder returned to Manchester City ahead of his £4.5million switch to the Hoops in June 2017.

Laxalt, speaking to Celtic TV, said: “I am very happy to have signed for a club that is very well known around the world. It is a club with a lot of tradition and I can’t wait to get out on the football pitch.

“I know there’s no game this weekend, but I’m going to start training and I can’t wait to meet my new team-mates 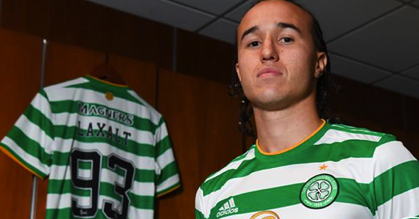 “And, for me, when we’re standing in the tunnel and then out on the field, that’s when we start building up memories and building as a team.

“I’m very happy to share again new memories with Olivier. I spent a lot of time with Olivier at Genoa when we played there together and he’s an extremely good player and a good person, as well. So I’m very happy and I’m looking forward to playing with him again.”

The pacy wing-back added: “I first heard the rumours about a week ago, but I didn’t want to take anything seriously until I was absolutely certain. I was very calm about it, but when I heard it was happening, I couldn’t believe it and I’m extremely happy that it’s become a reality.

“I couldn’t think of any other Uruguayan player who has played for Celtic, so I realise I’m the first one. I’m extremely happy about that and I’m a player who likes to leave everything on the pitch when I’m playing. I love the colours and I can’t wait to wear the strip in a match.”

The Hoops, of course, have been drawn against the Serie A cracks in their Europa League Group H – along with Sparta Prague and Lille – and Laxait insisted he is 100 per cent focused on Neil Lennon’s men.

He added: “It’s just a coincidence that Celtic and AC Milan have been drawn in the same group, but at the moment my head and my heart are with Celtic and I’m going to try to do my best, no matter the opposition, whether that’s Milan or whoever. My heart is now with Celtic.” 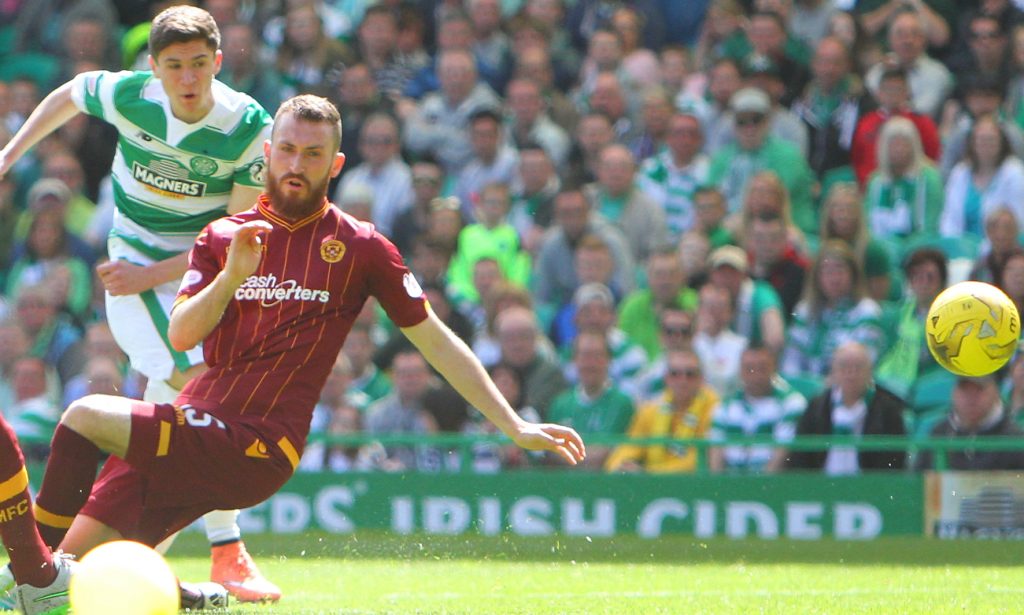 HISTORY BHOY…16-year-old Jack Aitchison hammers in his debut goal against Motherwell in May 2016.

Lennon had made a left-sided defender a priority before the transfer deadline as he urgently required competition for Greg Taylor with blundering Boli Bolingoli packed off to Turkey on a temporary switch for the campaign.

Laxalt was welcomed to Parkhead by Ntcham who told the club website: “It’s great that Diego has joined Celtic because he’s a very good player and a very good guy.

“He’s a really quick player, really sharp and is very motivated. He’ll be a good player for Celtic because he’s got the right mentality and always works hard for the team.”

As Laxalt checked in, 20-year-old striker Jack Aitchison left the club after agreeing a three-year deal with Championship outfit Barnsley.

The hit kid became a History Bhoy when he became the youngest-ever debutant for the Hoops – and he capped the memorable moment by scoring the final goal in the 7-0 win over Motherwell on the last day of the league season in 2015/16 which also saw manager Ronny Deila leave the club after his two-year reign.