DERMOT DESMOND has been active in assisting Ange Postecoglou during his summer revamp of the Celtic squad.

The club’s majority shareholder has been openly involved in the deals and will continue to play a role as the rebuild goes into overdrive.

The Irish multi-billionaire has been the target for some criticism from a section of the support for not being hands-on during the catastrophic campaign last season when the club lurched from disaster to disaster during the team’s first trophyless term in 11 years. 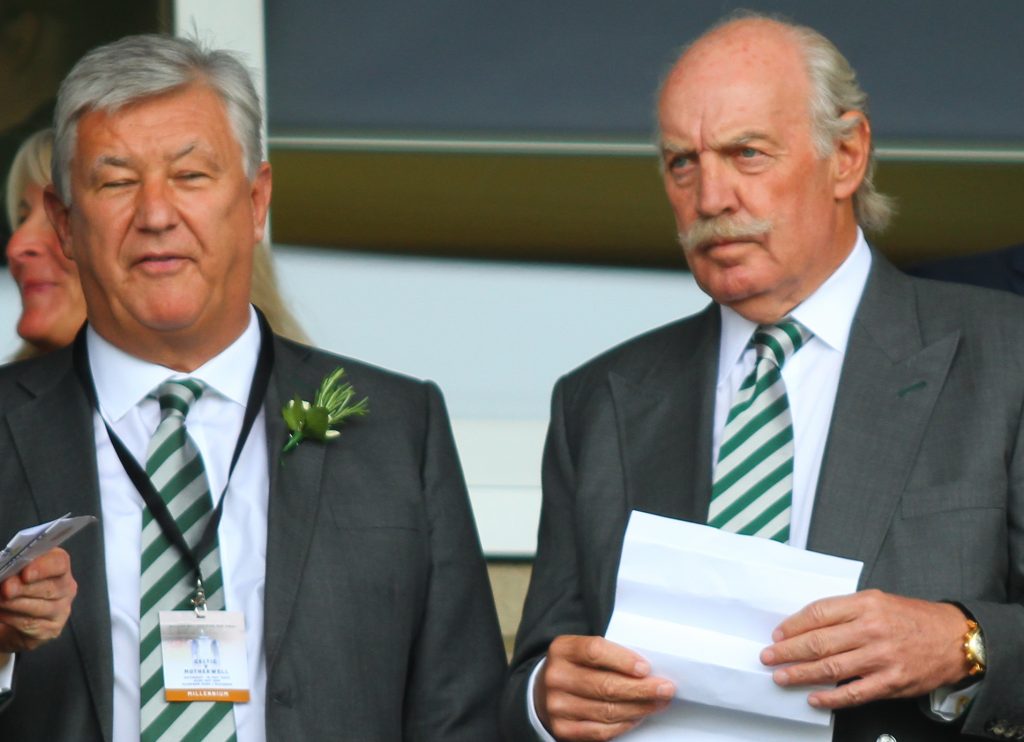 THE OLD GUARD…Peter Lawwell and Dermot Desmond before the summer changeover.

Desmond, 70, has now put his weight and considerable business acumen behind the restructuring of the squad during a time of change at Celtic with long-serving chief executive Peter Lawwell stepping down from the role to be replaced by Dominic McKay.

Postecoglou has earmarked his priorities in strengthening a squad that has been further weakened by the £13.5million departure of Kristoffer Ajer to Brentford.

He is still searching to add a right-back, another centre-back, a holding midfielder and a wide player.

Sheffield United’s George Baldock is wanted for the full-back role, but the relegated Yorkshire club are resisting attempts to lure their dependable defender from the club, according to a report in the Daily Record.

Derby County’s Nathan Byrne has also been looked at and there could be movement with Royal Antwerp’s Aurelio Buta.

Postecoglou is also interested in his one-time Australian international Aaron Mooy, but the 30-year-old midfielder is on massive wages in China.

He is also looking at several other loan options including Spurs’ Cameron Carter-Vickers and Manchester City’s Ko Itakura and Yan Couto.

The club are also bracing themselves for a £20million bid from Brighton for Odsonne Edouard, as CQNreported yesterday.

The Premier League side will rake in £50million when the transfer of central defender Ben White to Arsenal is confirmed and they will make an official approach to the Hoops after their Champions League qualifier with FC Midtjylland in Denmark tomorrow night.